The senior was looking to become the first prep golfer in Colorado state history to win four consecutive state championships. 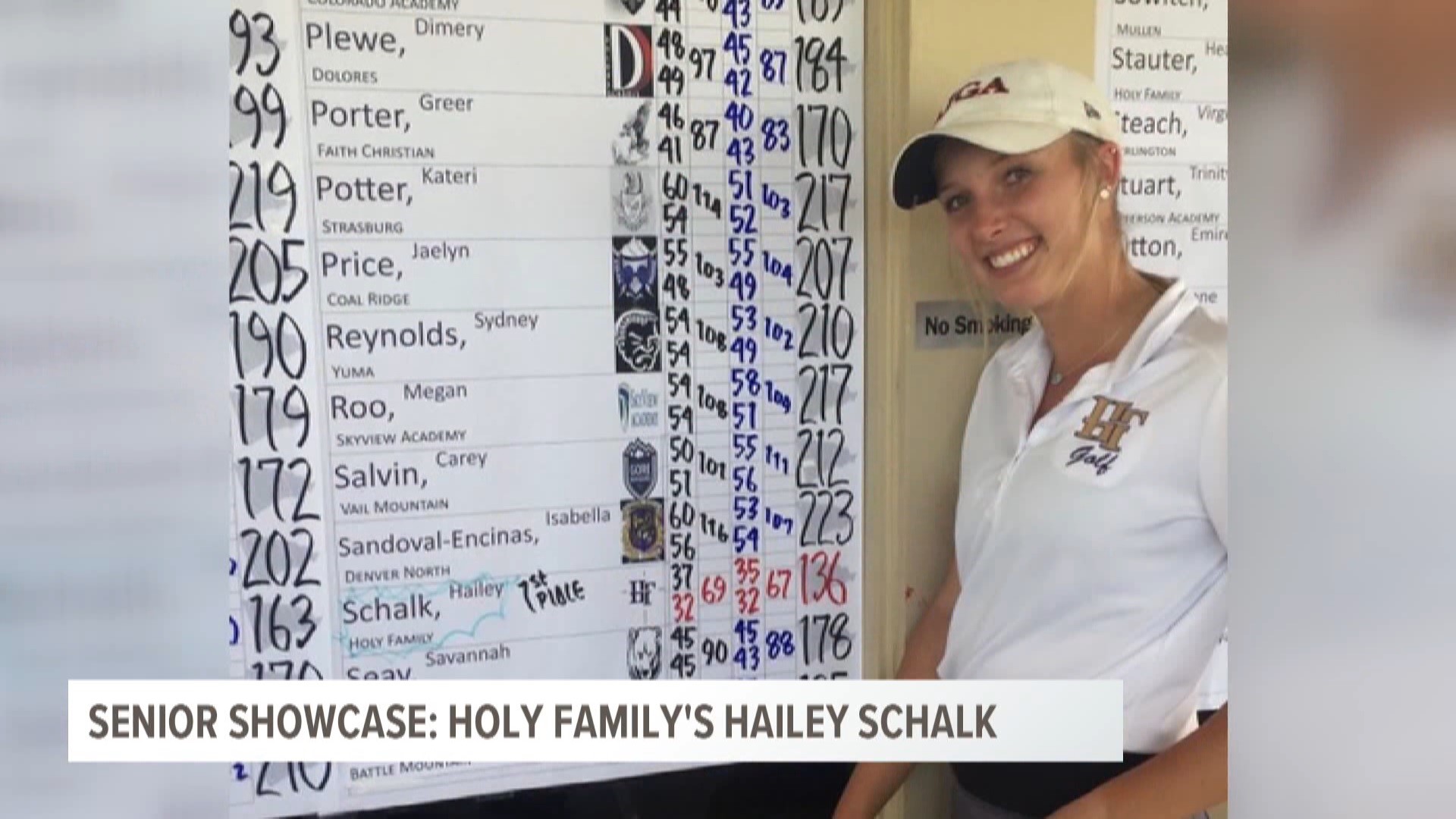 Schalk, like all Colorado prep athletes, had her spring season taken away by the coronavirus pandemic.

"I look forward to this every single year and I never thought it would get taken away from me. I get some fire in me every single year when it's state time and I just really want to win that for myself and for my school and for my coaches and everybody," Schalk told 9NEWS' Arielle Orsuto.

The chance to four-peat would have been special.

"It would be amazing. I mean, I never thought that I would be able to say that I could win four state championships. It's always been a goal of mine, especially after freshman year, I was like, 'God, nobody else has done this!' like I think it would be really cool," Schalk said.

She hit the ground running freshman year, scoring a record-low 65, seven strokes under par in her first-ever round of her first state tournament.

"I mean it was my lowest round ever for a long time, so it was really special that it came my first round freshman year. Like, if it would've gone any differently, I think my whole high school career could've gone differently," Schalk said.

It set the pace for two more state championship wins, and a career solid enough to earn the respect of the University of Colorado. For such an individual sports, Schalk is just looking forward to joining a team again.

"Playing with a team again, which is something awesome for me since I got this opportunity taken away. Competing at the really high level is just awesome and I hope we can achieve things that their program hasn't achieved before," Schalk said.