Holyoke girls basketball head coach John Baumgartner shared a message of hope that his team sent him to help cope with his father's death. 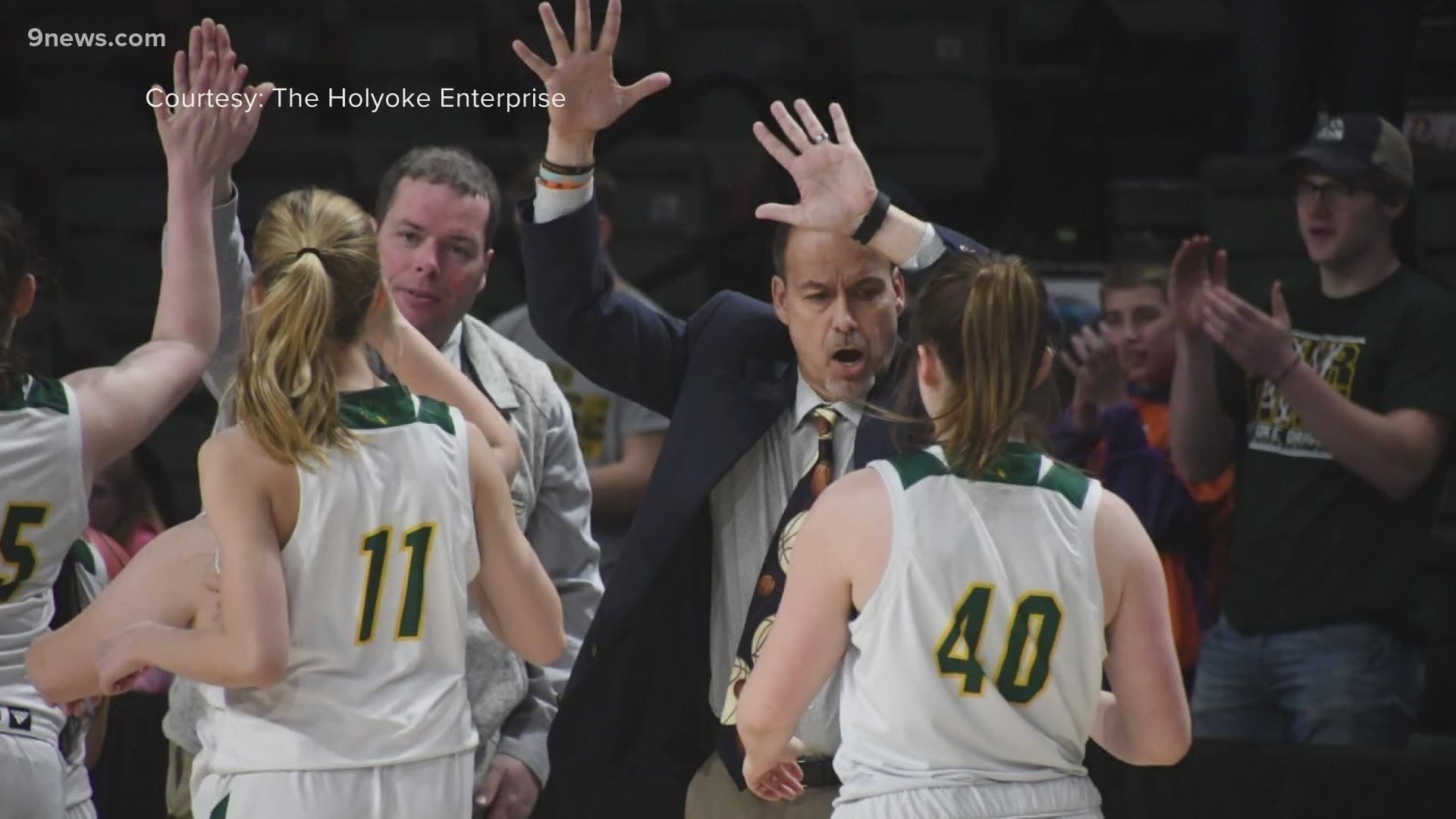 It was a timely video message sent from his basketball family in a time when his own family was falling apart. John Baumgartner watched as his girls tried to lift him up during the 2A basketball playoffs in March just days after his father died.

"We sent it to prove to him that we're there for him because he's always been there for us in the good times and the bad," senior point guard Emily Jelden said.

Her senior co-captain Shianne Willmon helped her organize the group together on a Sunday evening before a cancelled Monday practice, a rare event for the Dragons. They knew something was definitely wrong.

"Coach Baumgartner is there even when it's not basketball season, and we wanted to show him that we were going to be there no matter the circumstance," she said.

The girls gathered in their handmade Holyoke Dragon shirts and sent a message of hope, followed by their favorite prayer.

"We just wanted to send a little message from us to keep your spirits up this week," they said into the phone message. "We are thinking about you and we're always here for you. We love you."

That was all he needed to hear.

"I still get emotional about it," Baumgartner said. "That just shows you how special these kids are. I'm truly blessed to coach these kids and be around them. They've taught me a lot of life lessons. We've talked a lot about you know, losing a game is not as bad as you think when it comes to death and other things."

The Dragons were on their way to a 2A state championship when they received the news about Baumgartner's father. Only one win later, they found out their season was over due to the coronavirus outbreak. While they obviously wanted to win for themselves, they were devastated to miss the opportunity to bring a trophy home for coach.

"Honestly, when you have a coach like coach Baumgartner, there comes a time in the season where there's just a drive to get it done for him because he's done so much for us and we love him so much and that was a big push for us," Willmon said.

"At the beginning, the coaches always say the losses are on us and the wins are on their players and we really wanted to win for them because he came in four years ago and really turned this program around," Jelden said.

As much as they wanted to win for him and his father's legacy, coach Baumgartner truly wanted his Dragons to finish what they had started.