The Eagles scored three runs facing their final out to stun the Grizzlies in their season opener on Thursday. 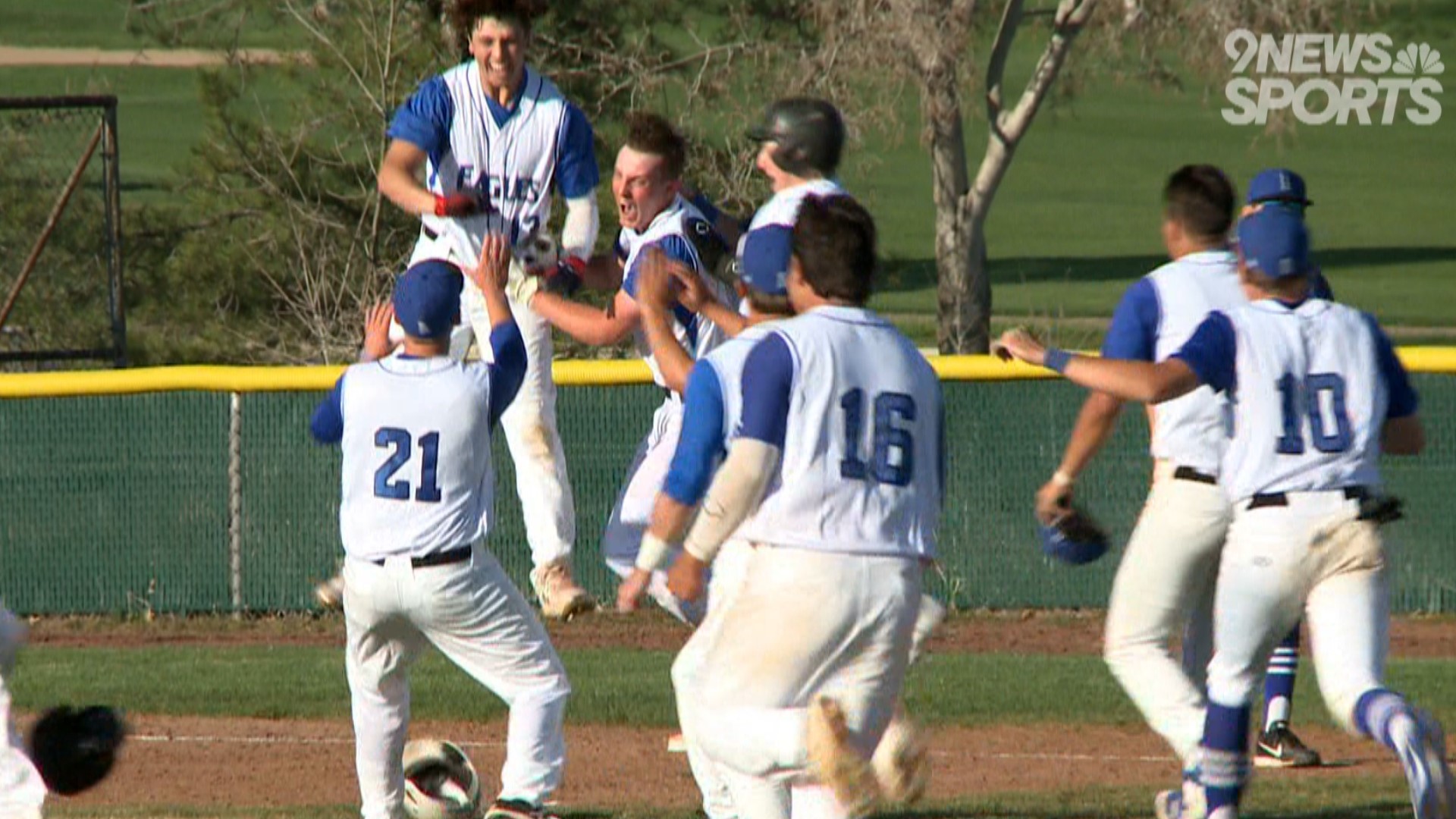 BROOMFIELD, Colo. — The Broomfield baseball team had its back against the wall.

Down to their final out and trailing ThunderRidge by two runs, it appeared the Eagles were about to start their 2021 season out with defeat Thursday afternoon on their home field.

That's when the rally happened.

One hit after another, Broomfield put together an unlikely comeback that was capped off with a walk-off RBI single by Cole LaCrue to complete the rally, a 7-6 victory to shock the visiting Grizzlies.

"That is an awesome feeling," LaCrue said seconds after being dowsed with a bucket of ice water during his postgame interview. "My mindset was if he was going to give me a fastball, I was going to bang it. That's what I saw, and that's what I did."

LaCrue, a sophomore, was playing in his first varsity high school game being that last season was canceled by COVID-19. He might not have even played Thursday if senior Caden English hadn't exited the game with an injury.

But LaCrue stepped up to the occasion and delivered.

"I didn't expect to play," LaCrue said. "He (English) told me right before the at-bat just to make him proud. So I told Caden I would do that for him."

Broomfield begins the season 1-0, while ThunderRidge falls to 1-1.

Broomfield (@Eagle_athletics) rallied with three runs while facing 2 outs in the bottom of the 7th to shock @TRidgeGrizzlies, 7-6 ⚾@lacruecole18 got the walk-off hit and the ice shower for the Eagles 🥶 #9sports #copreps @CHSAA @BoCoPreps pic.twitter.com/uOD8BCYzUm