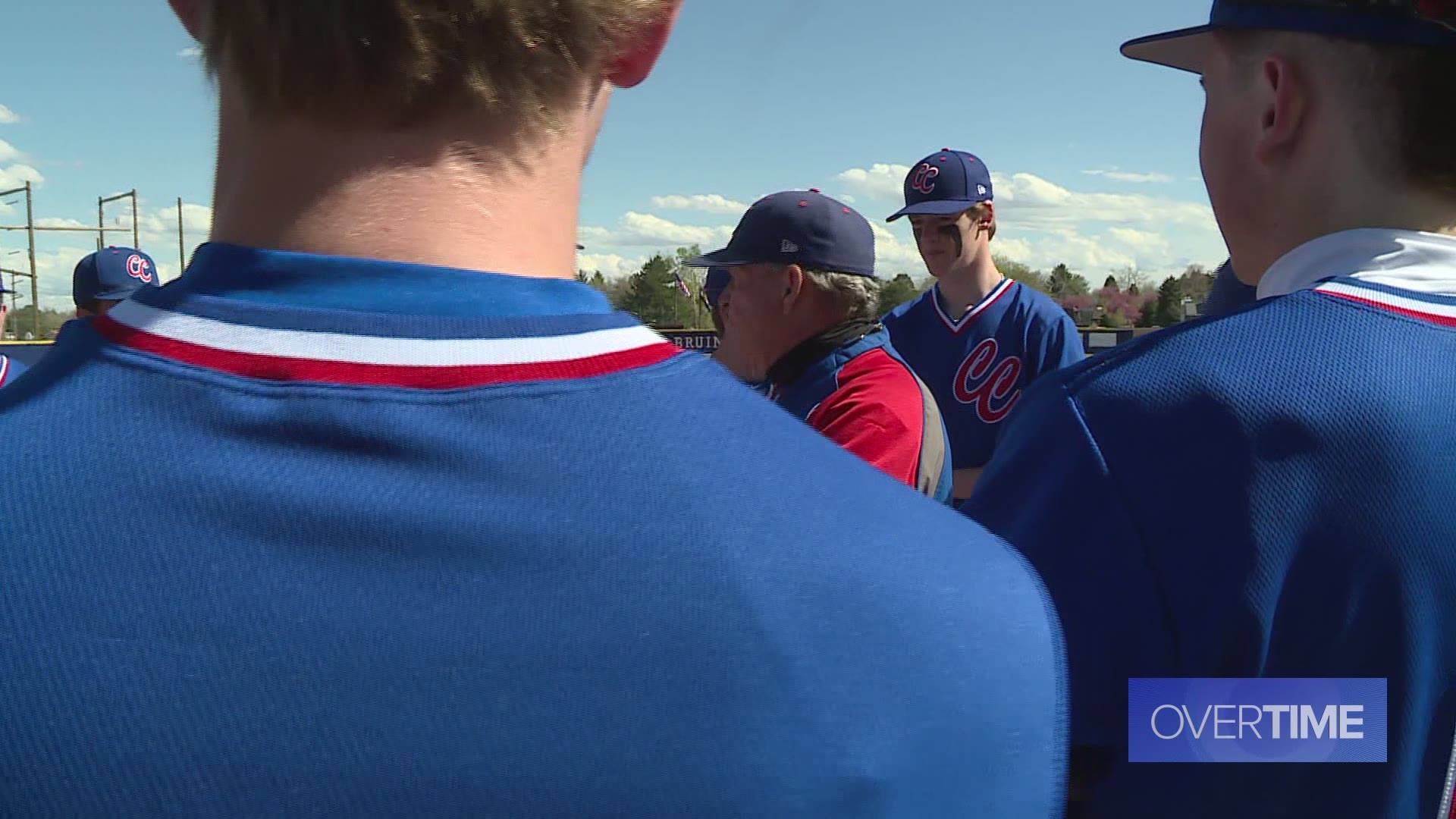 "I'm more happy for the club than I am for me. That's a heckuva game to come back on, they played their tails off. They want me to win it but it was much more important for them. Obviously, I'm very happy, (but) to be honest I'm happy to have the pressure off the whole deal," Johnson told 9NEWS after the game.

The Bruins rallied to secure their coach the milestone win, trailing 5-1 entering the bottom of the sixth inning before making it an even 5-5 with four runs in that half-inning. The game went scoreless through the seventh and eighth, before Creek won it in the bottom of the ninth. High school games are only seven innings, so it took extra frames to get the historic victory.

After the team mobbed its head coach, they presented him with a lei and told him they were sending him to Hawaii as a present for the achievement. 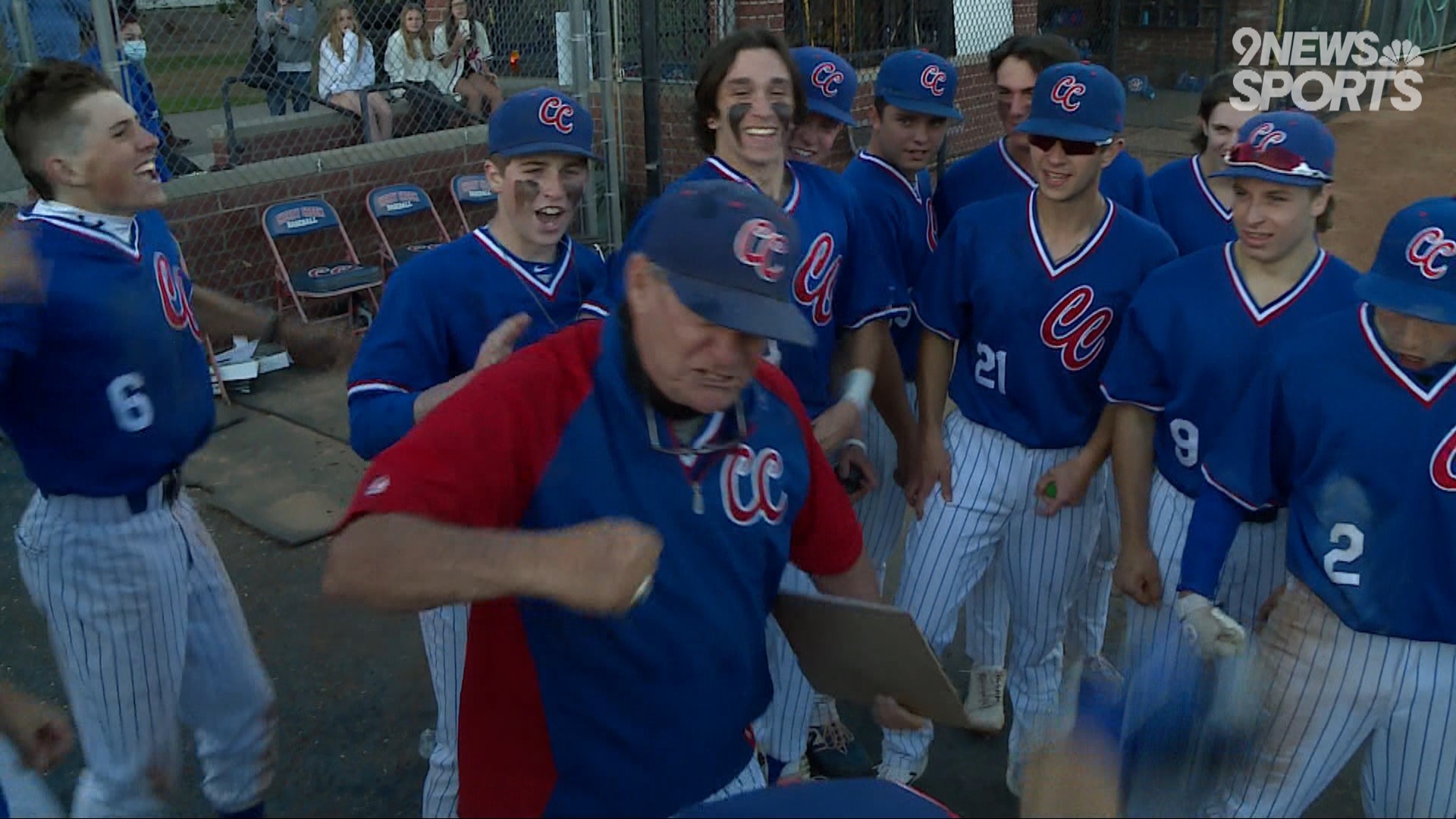 "I love baseball, I love kids. I feel incredibly blessed to be able to coach as long as I have," Johnson said.

Johnson, 76-years-old, has won eight state championships at Cherry Creek and been the state runner-up six times. While winning more than 800 games in his career, Johnson has lost just barely more than 200, good for a winning percentage near 80.

The Bruins have won 32 Centennial League titles under Johnson and will look to add No. 33 in 2021.

"Part of it is just that I lasted longer than a lot of people. I've stayed coaching for a long time. I've loved it. I still believe that kids will play hard for me and that's what I take pride in," Johnson said.