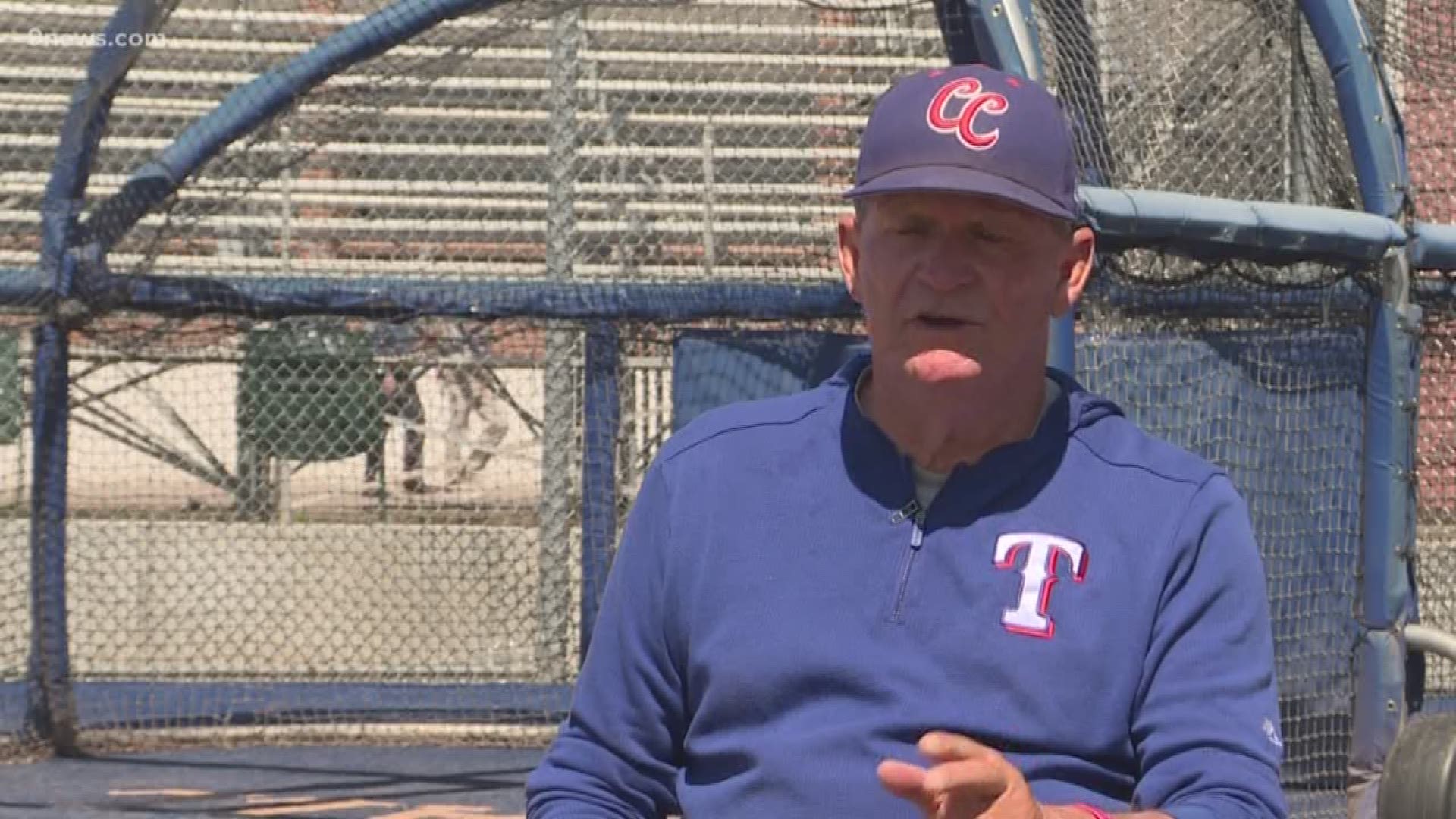 Every season starts the same.

Goals are set. Goals are reached.

"It's a big time in their life; It's a memory," Cherry Creek baseball coach Marc Johnson said. "Winning a state championship is difficult to do."

But only one team, one coach scores in the end.

"When you play for him for so long, you realize why he has 804 wins and has the legacy he has," senior Brice Martinez said.

Long before Johnson got his 800th career win, before he won his eighth baseball championship, it started with a pitch — and no, we're not talking about the mound.

Johnson had no experience playing the sport, but rather worked as a soccer trainer while serving in the Army.

"Honestly, I volunteered to do it because I was trying to stay out of KP (kitchen patrol) and guard duty."

Upon his arrival back home to Cherry Creek High School, he was told he had the most soccer experience out of anyone on staff. So, the job was his.

"I was kind of shocked because I thought I'd be a football coach," Johnson said.

What came next was unprecedented. He led the Bruins to eight boys soccer state title appearances. Five times they left champions.

"I had some assistants that were really good soccer background people," he said. "And I was probably, honestly a motivator-type person to try to get people to do and play really well in crucial situations."

While coaching soccer and baseball were two vastly-different sports, creating a spark with athletes was always the same.

It's tough to argue luck was involved with a head coach who's earned 13 high school state championships and more than 20 title game appearances.

If you can manage to do it as many times as Marc Johnson...

"Pretty much whatever he touches ends up winning," Martinez said.

...Well, by that time, it's pretty safe to safe Cherry Creek has scored.

Watch the video above and see the story on the 9NEWS Prep Rally Saturday morning.