The Raiders defeated Cherry Creek 8-3 in the Class 5A state title game at All-City Stadium on Saturday. 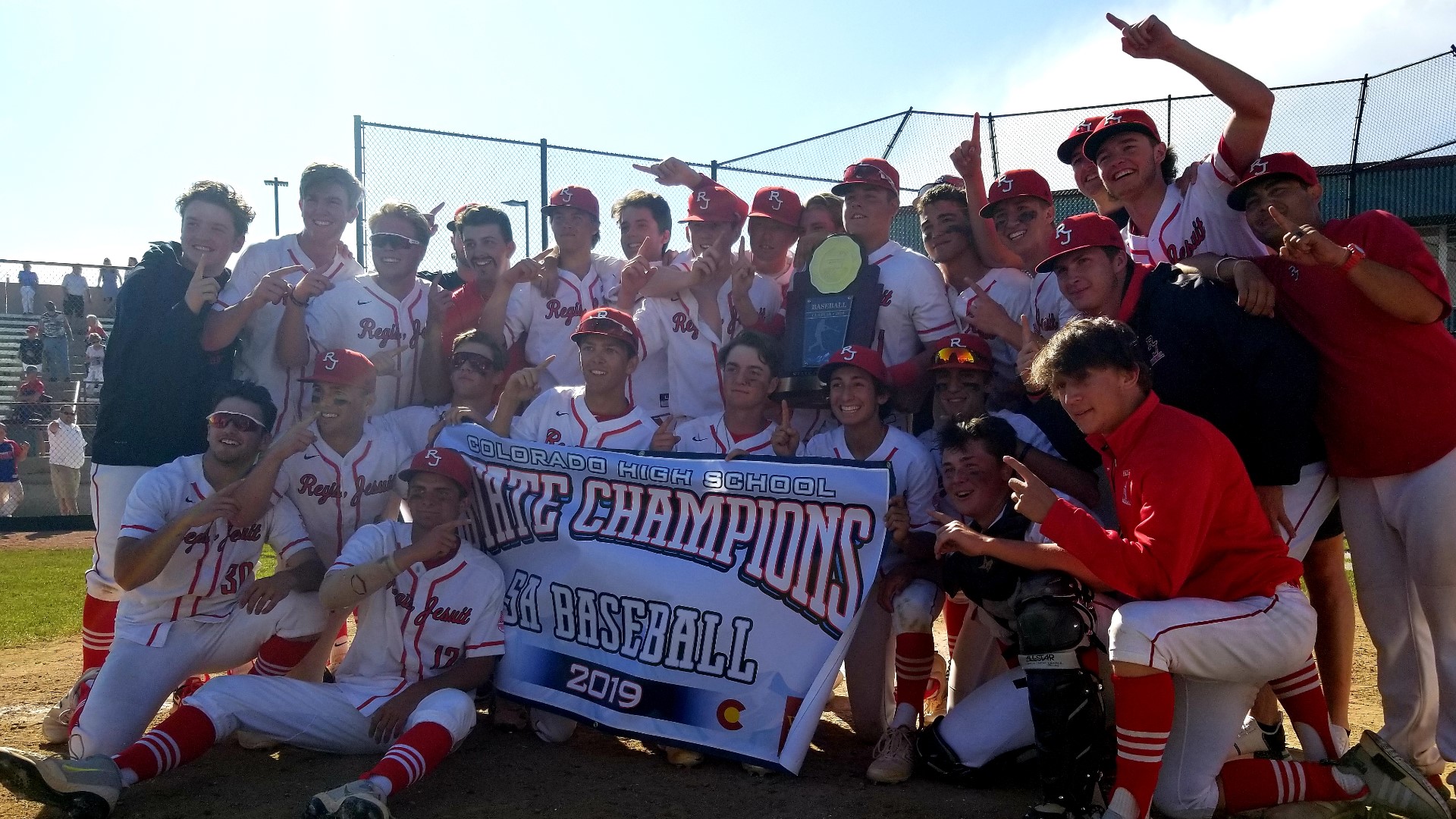 Nothing was going to come between Regis Jesuit and the championship trophy — not even a two-hour weather delay.

The Raiders were dominant all the way through the Class 5A state title game at All-City Stadium on Saturday. They weren't fazed by the lightning delay that stalled play, returning from the break right where they left off to defeat Cherry Creek 8-3.

"It's well deserved. We worked really hard for this one," junior Ethan O'Donnell said. "Regis, historically, has had some of the best talent, but cursed in the postseason."

The curse was lifted as the Raiders brought home their third championship in program history, and first since 2011.

Regis took a 3-0 lead before the delay stopped the game in the top of the fourth inning. The Raiders returned to put up four more in that frame, including a two-run home run from O'Donnell.

"I got a pitch that I was able to pull and I knew from the moment I hit it, it was going to go out," he said. "It put the team in a great position to win ... It fires everyone up. It fuels everyone, not just myself."

Regis' lead grew as large as 8-0 before the Bruins finally scored in the fifth inning. Cherry Creek loaded the bases twice, but was unable to capitalize on its late opportunities.

The Raiders finish their season with a 24-6 overall record, while Cherry Creek finishes 23-8.