The Bruins captured their program's first state title by knocking off back-to-back champion Grandview in the final seconds. 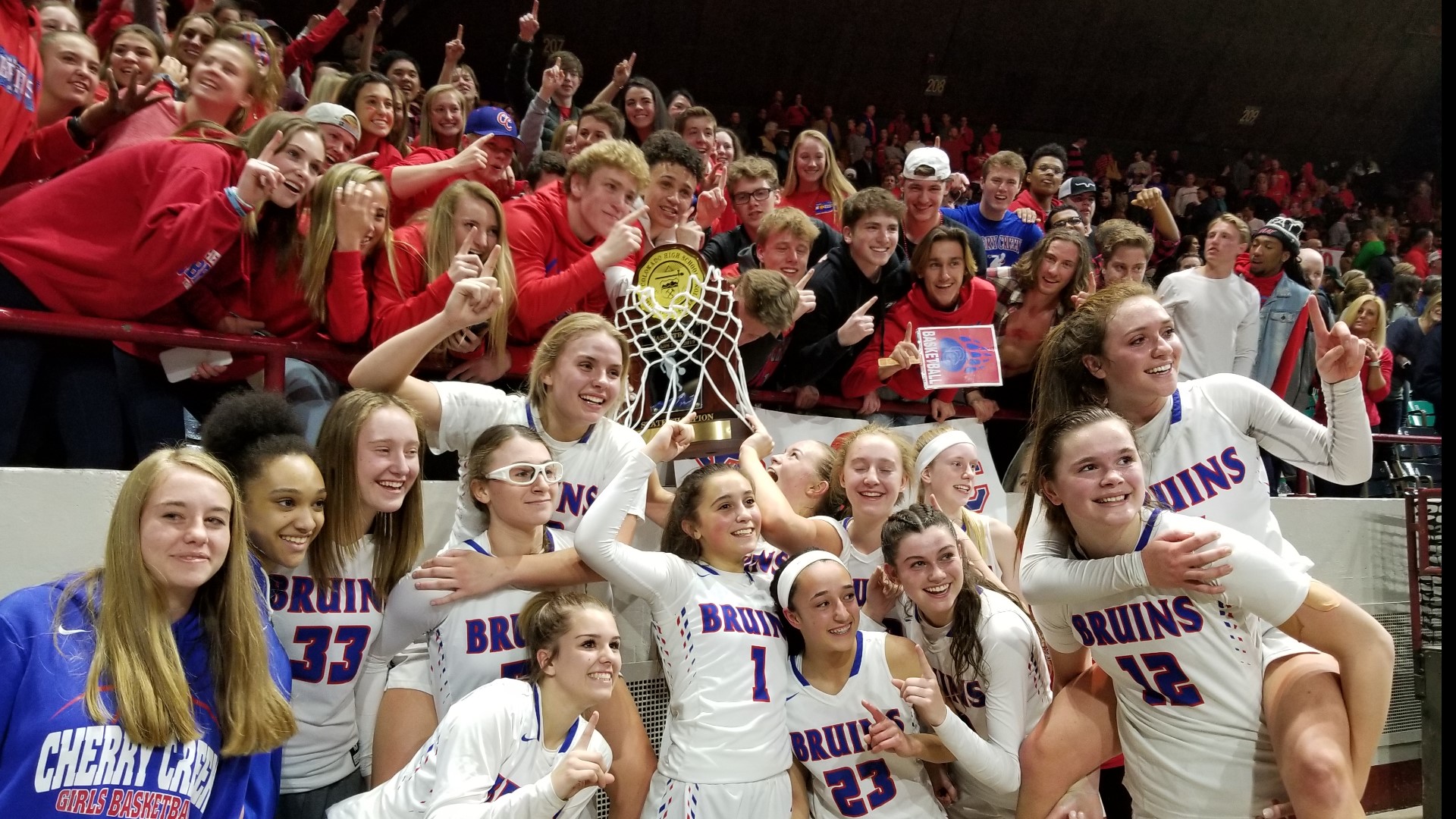 The shot that sent shock waves through the Denver Coliseum is one that will be remembered for years to come.

Cherry Creek point guard Jana Van Gytenbeek was presented an opportunity most athletes dream about. With the Class 5A girls basketball state championship on the line, she was given the ball in a tie-game situation with the final seconds ticking off the clock.

She picked a lane to drive into the post, threw a shot up that hit the backboard and bounced in.

The crowd erupted. The scoreboard read 51-49 in favor of Cherry Creek with 4.3 seconds left, which stood as the final score with a win over two-time defending champion Grandview.

"It just feels good to win a state championship. It didn't matter who hit that shot," Van Gytenbeek said. "We all have faith in each other."

The fact that the Bruins were in that situation was impressive on its own, considering Grandview appeared to be heading toward a third-straight title.

The Wolves were in control in to the second half of the game and led by as many as 10 near the final quarter. But the Bruins put together a 14-3 run to get back into contention.

It is the first girls basketball championship for Cherry Creek, despite having more than 200 as a school.

"A million emotions were running through my head (when the game-winning shot fell)," Kacee Kyle said. "Jana came up to me and yelled 'We made history!' and we definitely did. I'm just proud to be a Bruin and make that happen."

Van Gytenbeek and Kyle were the offensive driving forces in Saturday's victory. They scored 23 (game-high) and 21, respectively, while Cali Clark added seven.

Grandview was led by Allyah Marett's team-high 14 points and 13 from Alisha Davis.

The Bruins finished the season with a 24-4 record, while the Wolves went 23-5 as runners-up.

"I'm glad that our banner (girls basketball) isn't the only one that's empty up there," Kyle said. "We knew that we could beat Grandview, but that it wouldn't be easy ... We had to finish our one goal."