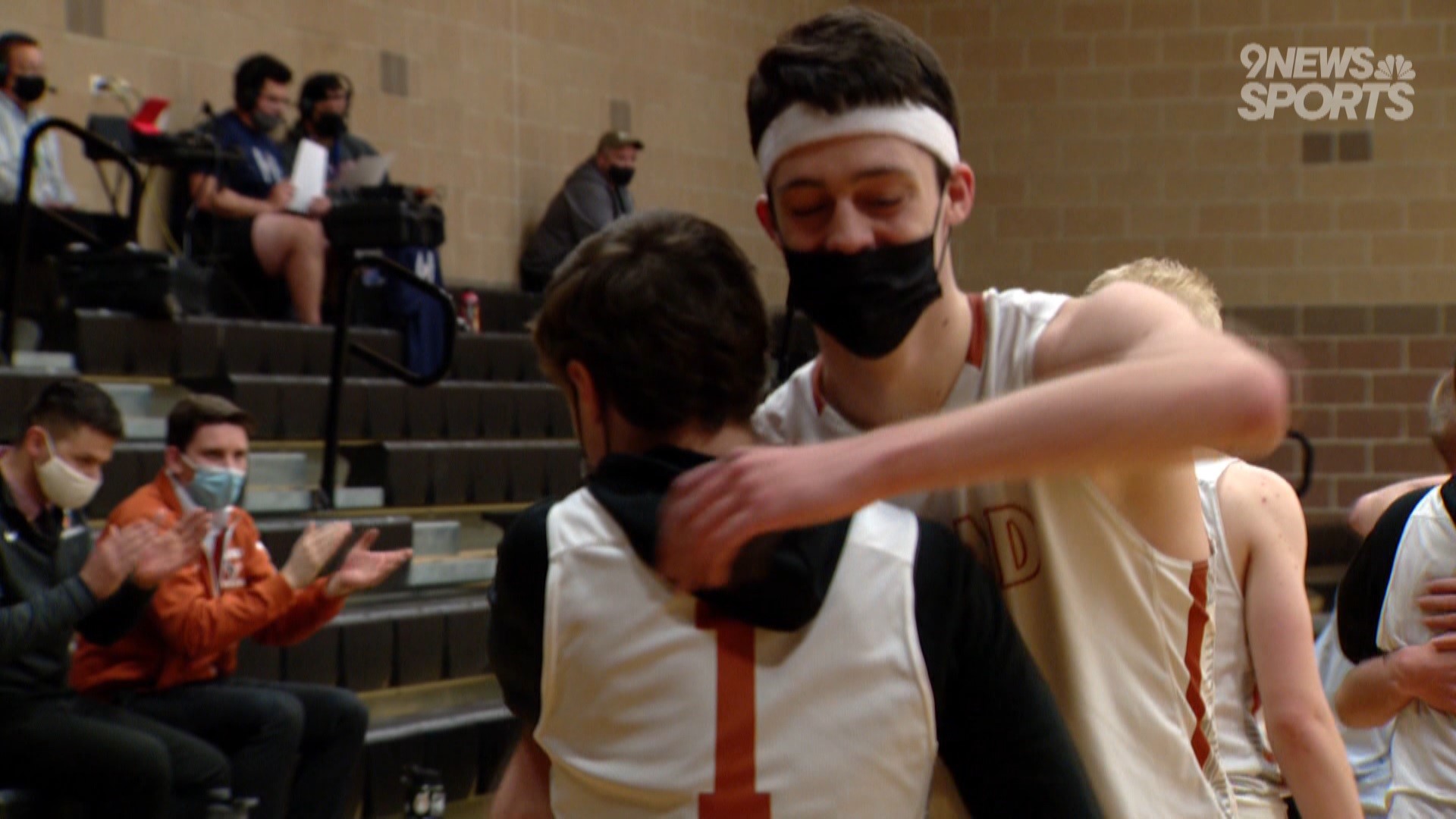 MEAD, Colorado — A little more than a week ago, Nick Basson was in playoff mode and grinding toward a basketball state championship.

Little did he know he would soon be fighting for his life.

The Mead High School sophomore guard suffered a stroke a day after the Mavericks had defeated Holy Family in the Class 4A Sweet 16.

"We tried not to panic so he wouldn't," his father Mark said. "But it was really hard."

Basson was strong enough to return to the gym to watch his teammates defeat Pueblo South, and even helped cut down the Final Four nets, as the Mavericks punched their ticket to the title game.

On Sunday, Mead won the 4A state championship -- their first since the school reopened and only other title in program history since 1957.

"He's as good as any other sophomore in the state, I'd say," coach Darin Reese said. "He can shoot it, he can handle it, he guards, he works hard, finish above the rim. And he's super coachable. He's a great teammate."