No. 2 Grandview girls get revenge over No. 1 Cherry Creek 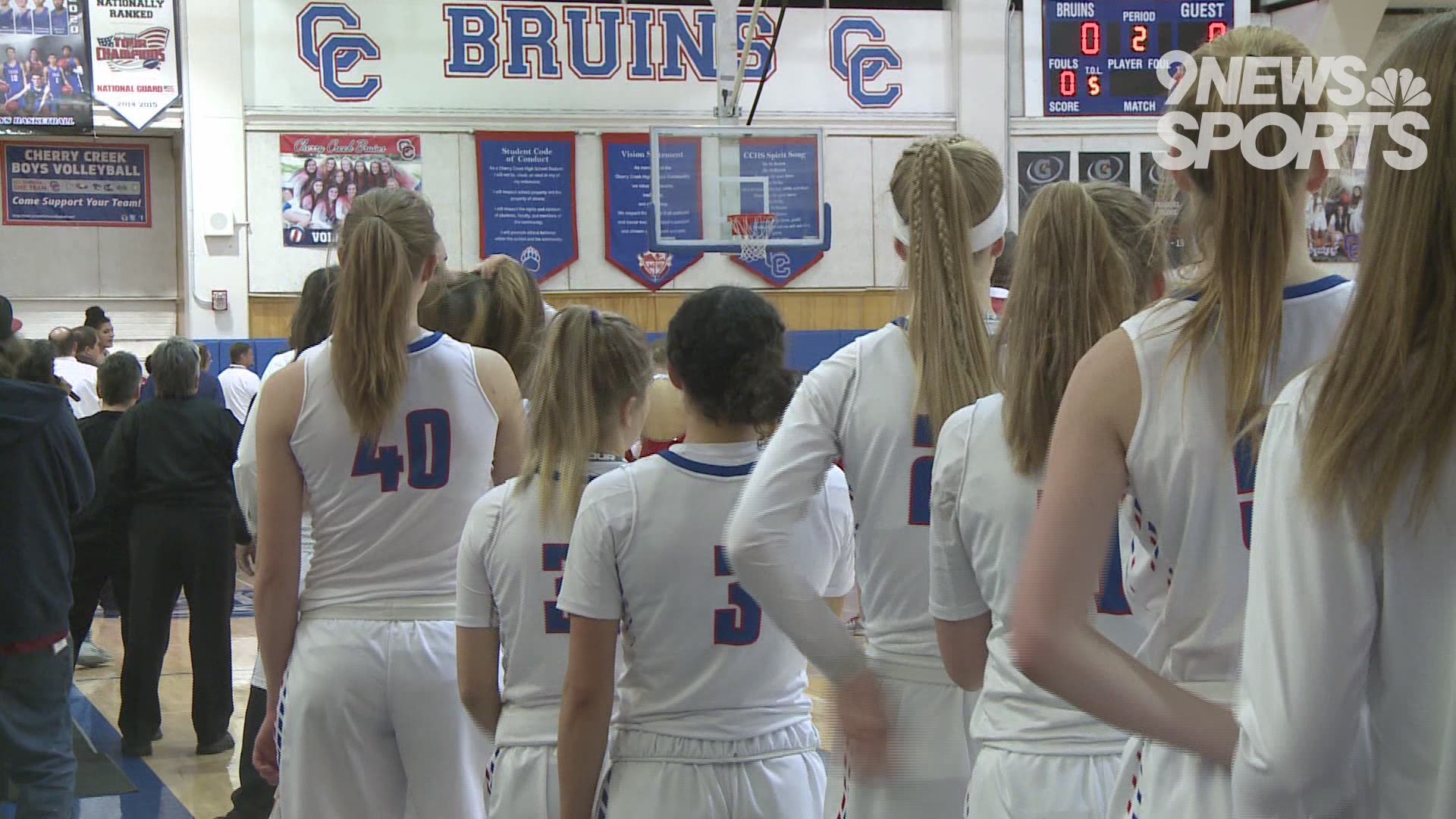 GREENWOOD VILLAGE, Colo. — It was a game Grandview had been waiting for ever since the last time they met.

The No. 1 and No. 2 ranked Class 5A girls basketball teams clashed Friday night in a rematch of last year's state championship game.

This time, it was the Wolves who got revenge over the defending champion Bruins with a 65-40 victory on Cherry Creek's home court.

"There was a lot of tension just because of the game last year," junior Addison O'Grady said. "Most of it was motivation. We weren't going to lose again. We were determined to win."

Cherry Creek started the game strong with some impressive shooting early on. Grandview started to close the gap near the end of the first quarter, after which the Bruins led just 15-14.

In the second quarter, junior Breelyn Robinson hit a three-pointer that gave the Wolves their first lead of the game.

From there, it was all Grandview.

"We played such good team ball. We struggled a little bit early but we came back and played our game," O'Grady said. "Everybody played a huge part in this game. It's just an amazing feeling."