The Raiders and Huskies played a tight game through three quarters before Regis Jesuit pulled away with a 77-60 win. 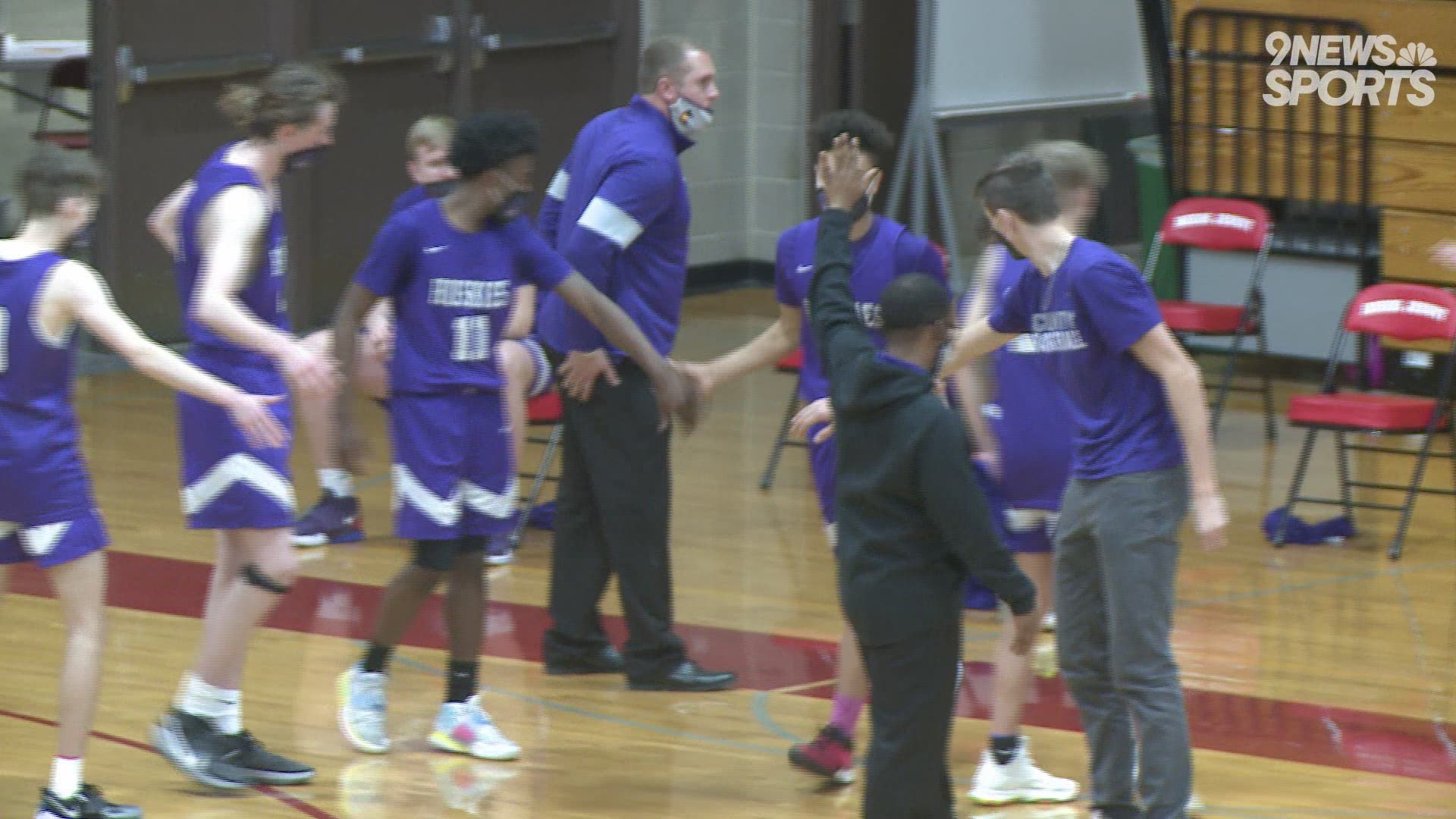 AURORA, Colo. — The No. 4 ranked Regis Jesuit boys basketball team appears to be the real deal.

The Raiders are receiving No. 1 votes in the CHSAA poll, and looked every bit like a state title contender on Tuesday night in a 77-60 win over Douglas County.

The game was tight at halftime, with Regis up 40-35, and after three quarters with the Raiders leading by six. But a smothering defense and hot three-point shooting propelled Regis to a comfortable 17-point win in the end.

Douglas County fell to 5-3 on the season while the Raiders are a perfect 7-0.

Up next for the Huskies is a chance to bounce-back on Thursday night against Legend while Regis will try to stay perfect against Heritage the same evening.