The No. 5-ranked Raiders defeated the No. 4 Falcons 37-35 in the Class 5A matchup Tuesday night. 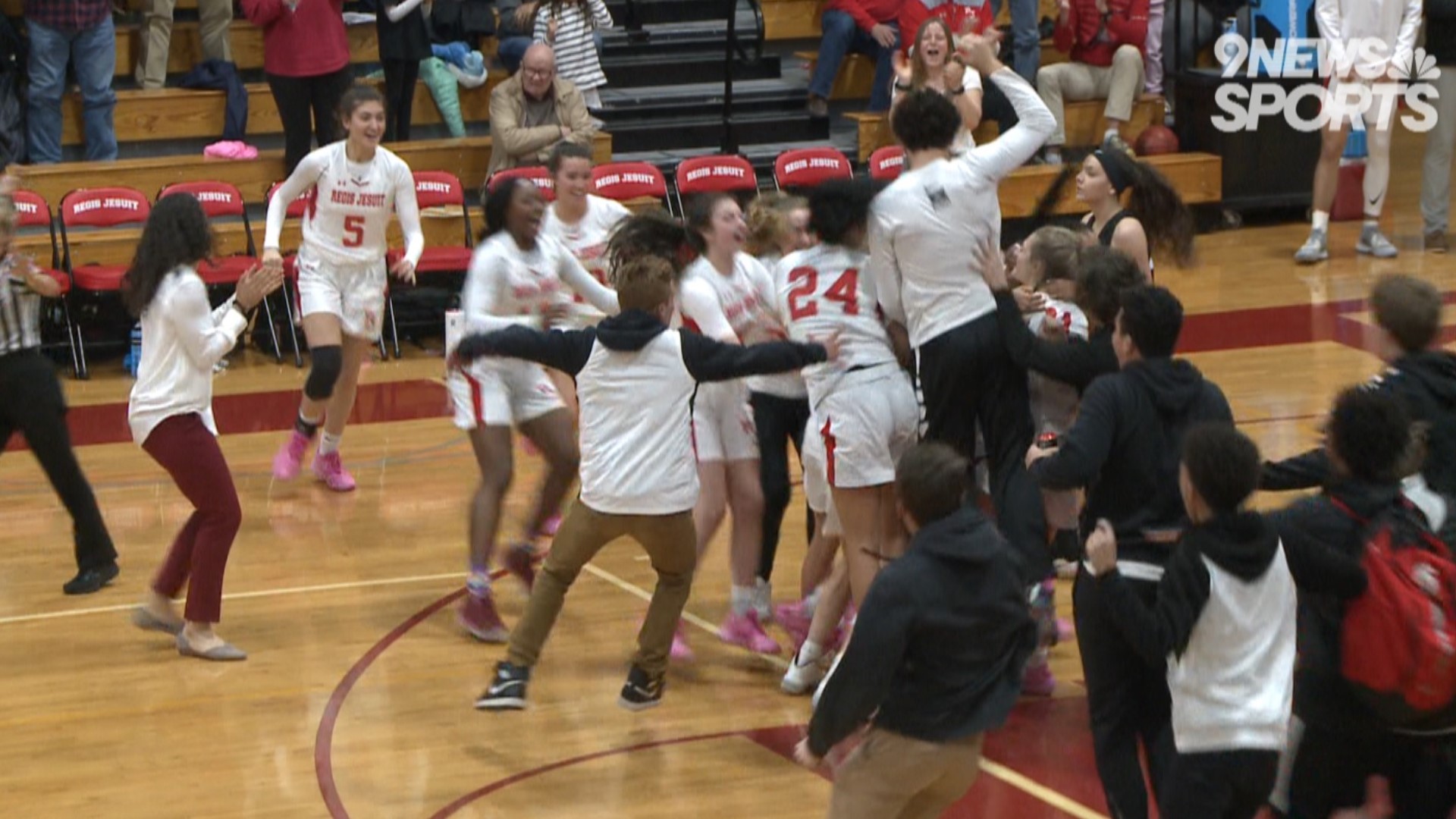 AURORA, Colo. — Savitri Jackson has a new top moment of her athletic career.

On Tuesday night, the Regis Jesuit freshman point guard hit a shot that erupted that crowd at her home gym. She banked in the game-winning shot to beat the overtime buzzer, lifting the No. 5-ranked Raiders (Class 5A) past No. 4 Highlands Ranch.

"I threw it up but didn't see it go in. I just heard everyone screaming," she said. "Probably the best feeling ever. By far, top one."

Highlands Ranch led by two points late, holding on to the ball in effort to secure the win. Regis Jesuit's Gracie Weigand then tied the game up to send it to overtime, 31-31.

Double overtime looked like a good possibility, before the Falcons missed a 3-pointer that led to Jackson's game winner, which was set up by an Avery Vansickle assist.

"I knew we would come in clutch at the end and win it," Jackson said.

Regis Jesuit remains undefeated against in-state opponents (18-4 overall, with a 9-0 mark in the Continental League). The Raiders will close out the regular season at home against Ponderosa at 7 p.m. Friday.

Highlands Ranch falls to 17-5, 8-1 CL. The Falcons will play Rock Canyon at home in their regular-season finale at 7 p.m. Friday.