The Grizzlies took control in the second quarter and never looked back on their way to a 68-59 win. 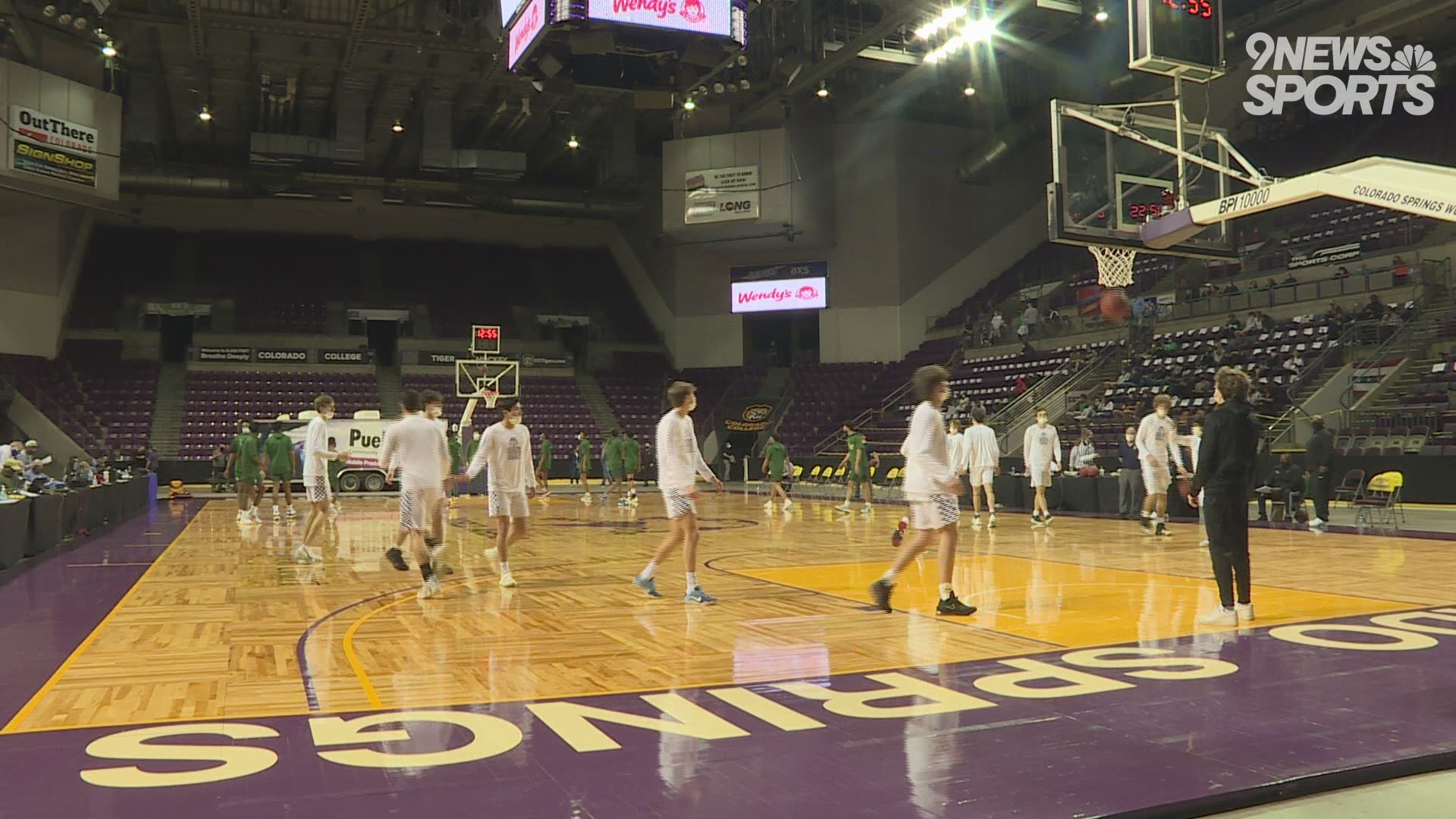 That was the case in the 5A boys basketball championship on Saturday night at the Broadmoor World Arena in Colorado Springs.

No. 4 ThunderRidge clamped down on No. 7 George Washington in the second quarter, with the Grizzlies holding the Patriots to just four points. That was enough to build a 31-20 halftime lead on the way to a 68-59 win and claim ThunderRidge's first boys basketball title since 2003.

The two teams had met twice in the regular season, splitting the two meetings, so it was a fitting end that a third showdown was for the coveted trophy.

The Grizzlies were led by Nolan Marld with 17 points, Jason Simental added 16, Joey Bilello had 13 and Jackson Breen poured in 11. ThunderRidge finished the season at 13-2.

"Honestly, it's the greatest thing on Earth. I love it man. I've never been closer with a team, it just means everything," Simental told 9NEWS. "I'm at a loss of words to be honest, I'm still processing what's going on right now. But I'm happy."

For George Washington (13-4) it was a tough end to a great season, as the Patriots made a couple runs in the second half but could never get the big bucket when it counted most. Jarmell Johnson scored 13 and Edward McPhee had 12.

The Grizzlies had lost their last four previous championship game appearances before breaking through on Saturday night, a feat that won't soon be forgotten.

>> Watch the extended video above and see the highlights on the 9NEWS Prep Rally Sunday morning!