It came down to the final seconds, but the Eagles held on 64-61 after the Chargers had a 3-point attempt rattle out at the buzzer. 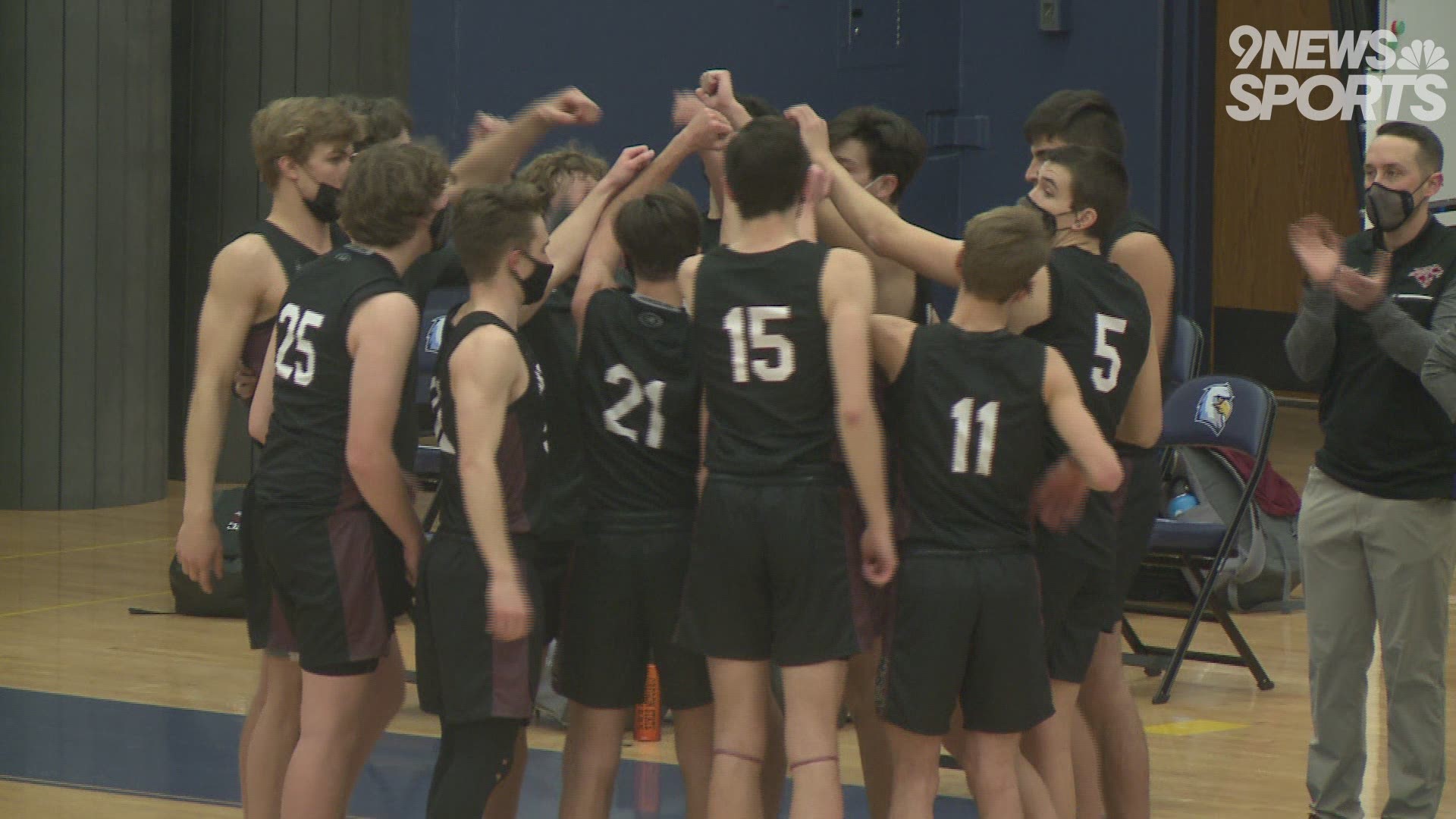 HIGHLANDS RANCH, Colo. — The late tip-off time was worth the wait.

After the Eagles jumped out to an early lead, the Chargers picked it up in the second quarter and second half as the two teams went back and forth throughout. It came down to the final seconds.

Chatfield called timeout trailing by three points with 3.4 seconds to go. On the inbounds play, Valor's AJ Kula blocked Chatfield's game-winning 3-point attempt. Only they would get another chance.

The ball deflected right to Chargers senior Ethan Goroski who had his attempt at the buzzer rattle out. The Eagles celebrated with glee.