The Eagles defeated the Patriots 67-56 on Saturday afternoon to advance to the Final Four. 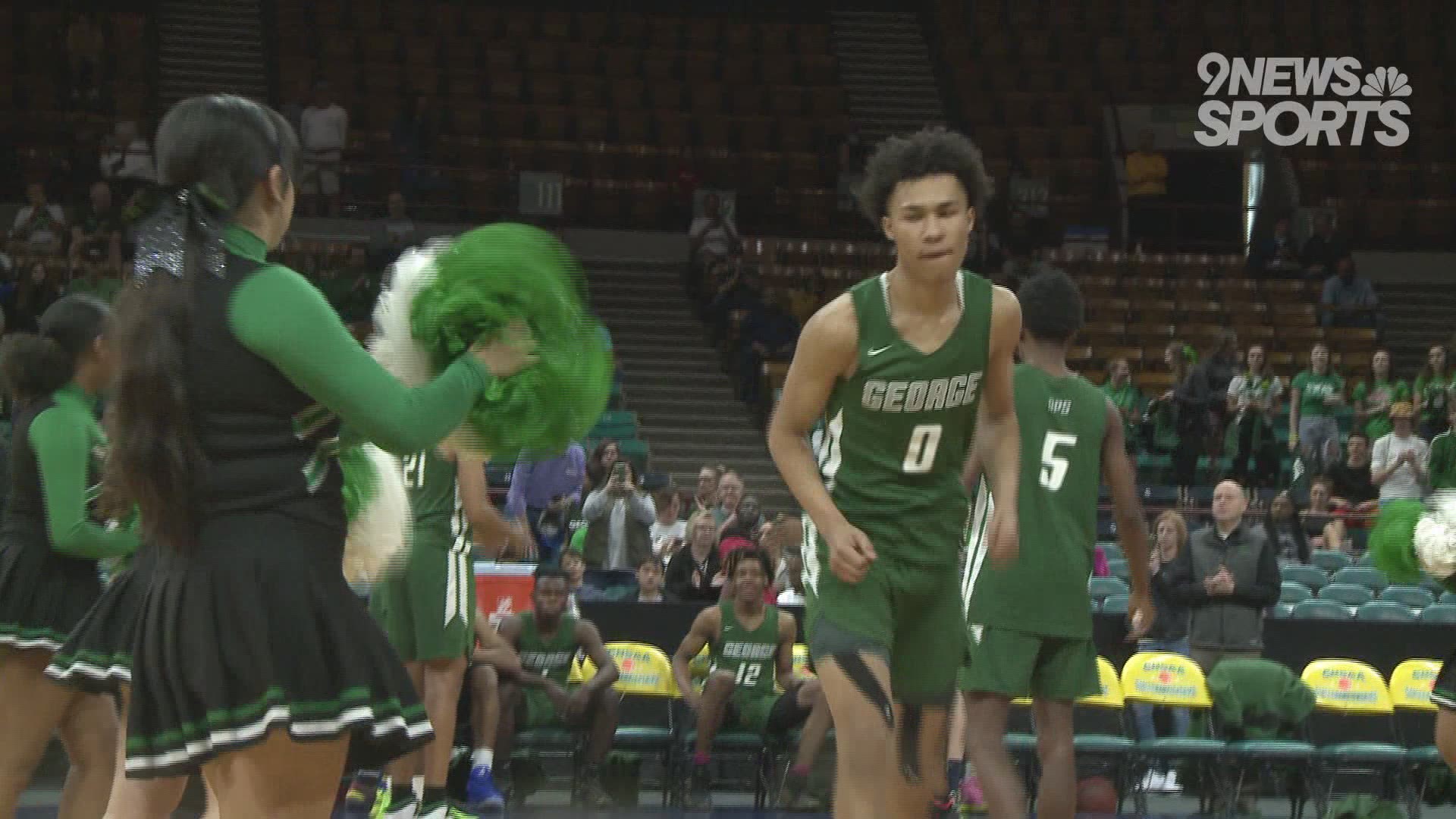 DENVER — It’s going to be hard to top the first Class 5A boys Great Eight game.

Valor Christian and George Washington battled down to the final minutes at the Denver Coliseum on Saturday afternoon for a spot in the Final Four. Ultimately, it was the Eagles who escaped with the 67-56 victory to advance.

“It’s an incredible feeling, especially with this crowd and this atmosphere,” senior forward Roger Rosengarten said. “Props to George Washington. Those guys are a bruising team and can shoot it really athletic.”

6-seed Valor Christian was led by game-high 16 points from both Rosengarten and Cole Bott. The Eagles also had13 points from Amondo Miller and 12 from Talin Unruh.

Valor Christian advances to play the winner of 2-seed Fairview and 7-seed Chaparral in the Final Four next Friday at the Coliseum.

"It's one of the greatest (feelings) because we came short a few years later," Rosengarten said. "But now we're here, come out and get that win. It's a great feeling to have."

PHOTOS | Valor Christian vs. George Washington in 5A Great Eight by Jack Eberhard