Loveland runs away with 4A football state title

Loveland won its eighth title in school history and is back on top after last winning the 4A championship in 2018. 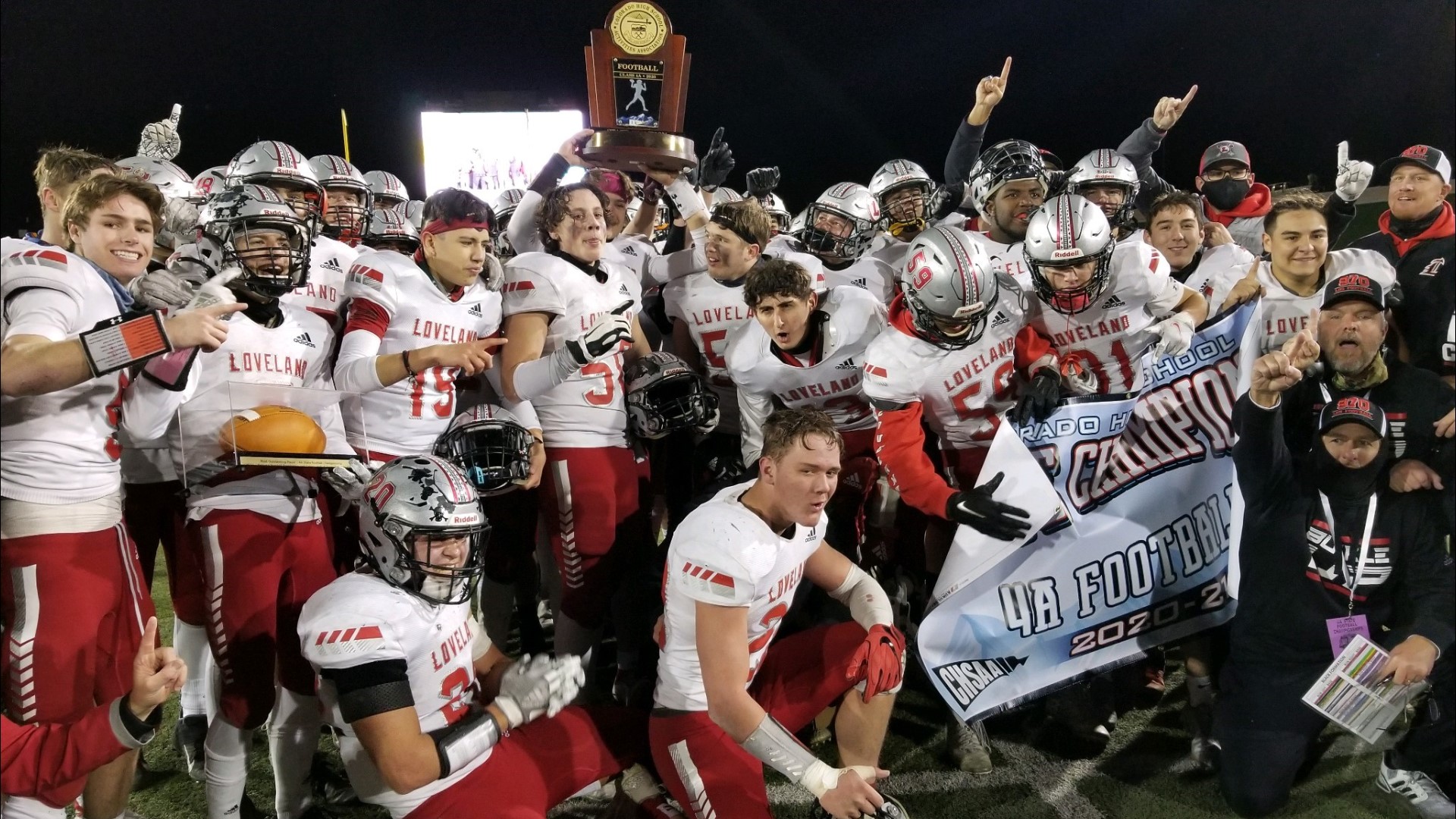 PUEBLO, Colo. — Loveland football only took one year off from being champions.

Ranked No. 4 in 4A, Loveland claimed its eighth title in school history on Friday night at the Neta and Eddie Derose Thunderbowl Stadium at CSU-Pueblo.

They played a complete game in all three phases with a 42-6 win over No. 2 Palmer Ridge. It was their latest title after defeating Skyline for a championship back in 2018.

Loveland jumped out to a 21-0 lead at halftime, quickly extended it to 28-0 in the third quarter and never looked back. Time of possession was a major key, as Loveland held onto the ball for most of the game and used timely interceptions on defense to seal the victory. Zack Rakowsky had three touchdowns for Loveland to help lead the way.

Palmer Ridge has nothing to hang its head about as the Bears won three straight 3A titles in 2017, 2018 and 2019 and made an admirable run all the way to the championship game in their first year in 4A.

For Loveland, it was their second straight "upset" (by the bracket) to close the season after knocking off No. 1 Dakota Ridge in the semifinals last Saturday.

RELATED: Loveland takes down No. 1 Dakota Ridge in 4A semifinals

RELATED: 4A No. 4 Loveland 'picks' their way to playoff win over No. 5 Broomfield

RELATED: 2A state football: No. 5 Eaton holds off No. 7 Lamar to claim title

RELATED: Cherry Creek's Arden Walker is a monster on the field, fashion expert off it