The Cougars tied a state record for most championships in a row, set by Limon in the 1960s. 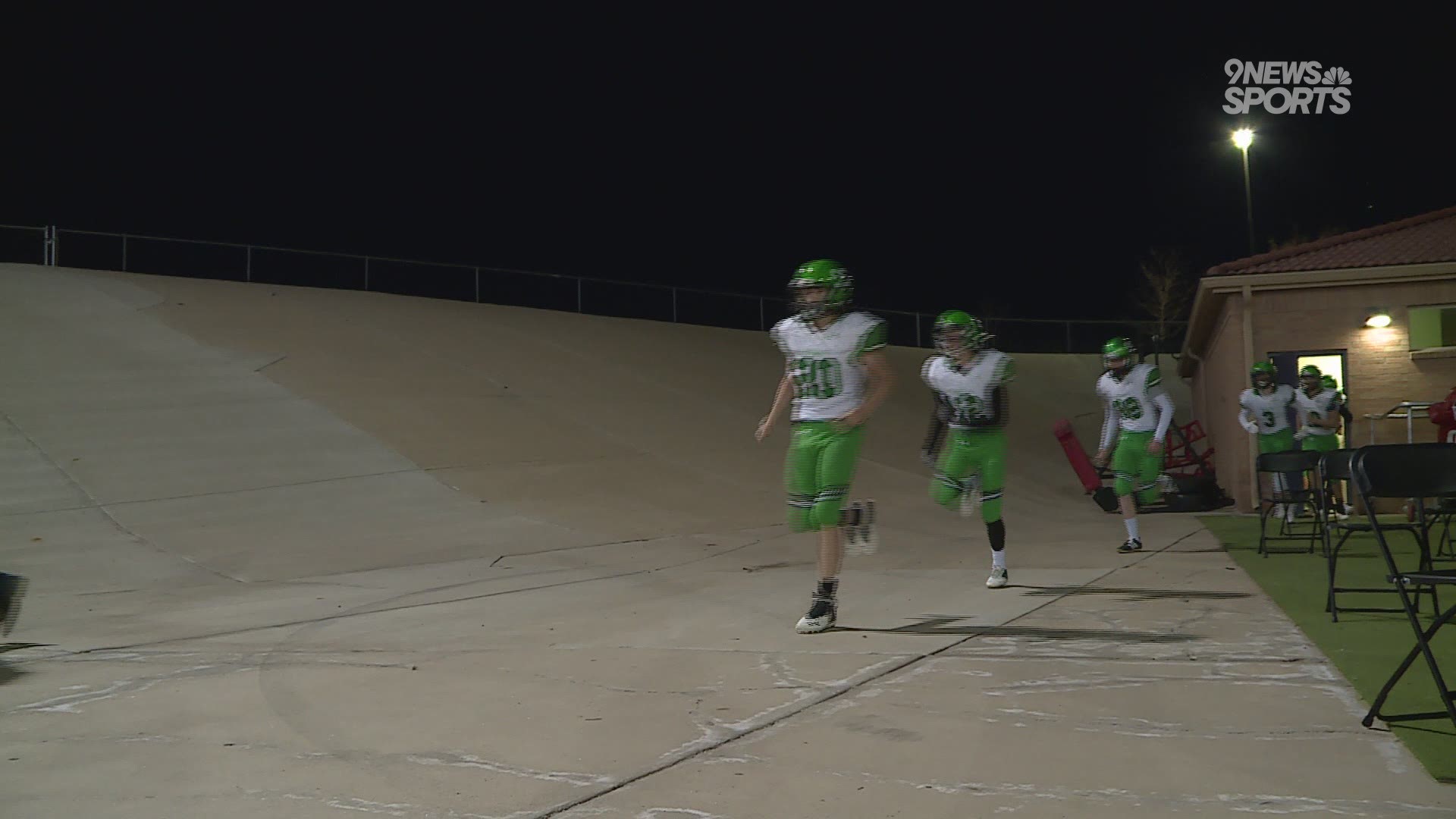 PUEBLO, Colo. — In any competition, most of us would bet on the five-time defending champion.

There’s just a level of extraordinary greatness that it takes to get to that position.

Sedgwick County epitomizes that and they’ve owned 8-man football in the Centennial State since 2014.

In a night where 6-man champion Fleming high school won by a final score of 60-28, they were the second largest margin of the night. The Sedgwick County Cougars won 72-32 to claim the state championship, their sixth in a row, tying a record set by Limon in the 1960s.

"It's crazy. It's something I never thought I would ever do. All four years of my high school career have been state championships. It's unbelievable, such a crazy feeling. I'm so proud of my friends, so proud of my team, I'm over the moon right now," Sedgwick County senior Kaleb Fowler said after the win.

There was a running clock with ten minutes left in the third quarter and they’re opponent, Sanford, is no weak team.

The Indians came into tonight’s contest with a perfect 7-0 record and junior running back/middle linebacker Mason Gartrell is outstanding.

But Thursday was about the Cougars and Sedgwick County as a whole as every part of their game was on.

The special teams play was clean, their offense was explosive and their defense was strong and made plays when needed.

Senior quarterback Jared Ehmke had a career day and used his legs as an attribute to his near perfect night passing.

The only two incompletions the Cougars threw all game were a fake wide receiver attempted pass and a fake fake field goal pass.

The Cougars will ride off into the sunset with a 9-0 season full of perfection in an imperfect year in 2020.