9Preps Game of the Week: No. 9 Roosevelt football upsets No. 5 Frederick

In the 9Preps Game of the Week the Roughriders defeated the Warriors by a final score of 45-10. 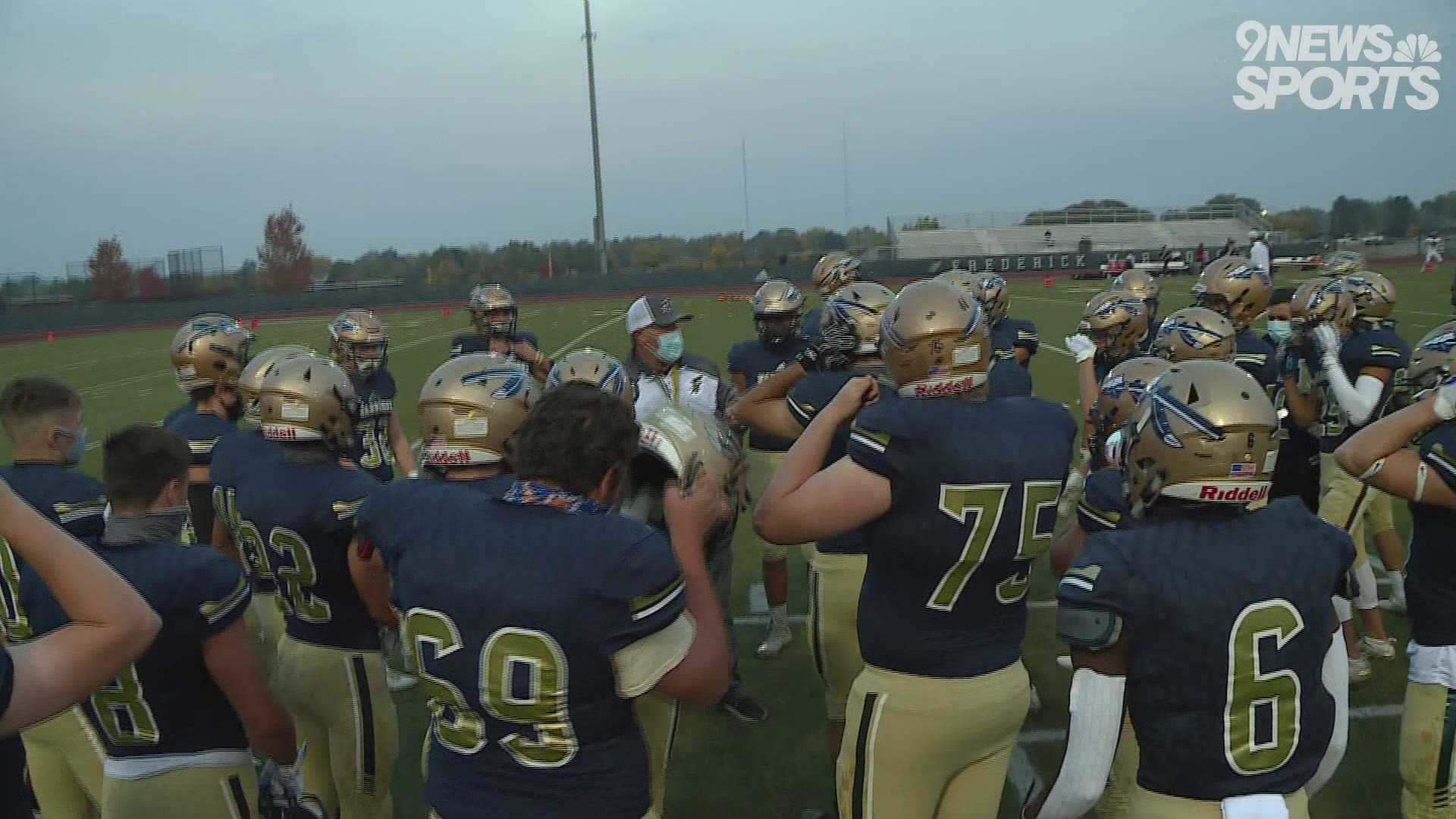 The 9Preps Game of the Week on Friday night had a ton of anticipation, but in the end was a fairly one-sided contest.

Watch the extended highlights above and catch more on the 9NEWS Prep Rally Sunday morning!

RELATED: No. 2 Broomfield fends off Monarch in 4A season opener