Mullen football has an entirely new coaching staff this season, headlined by Jeremy Bennett from D'Evelyn HS and his running back coach Adrianna Martinez. 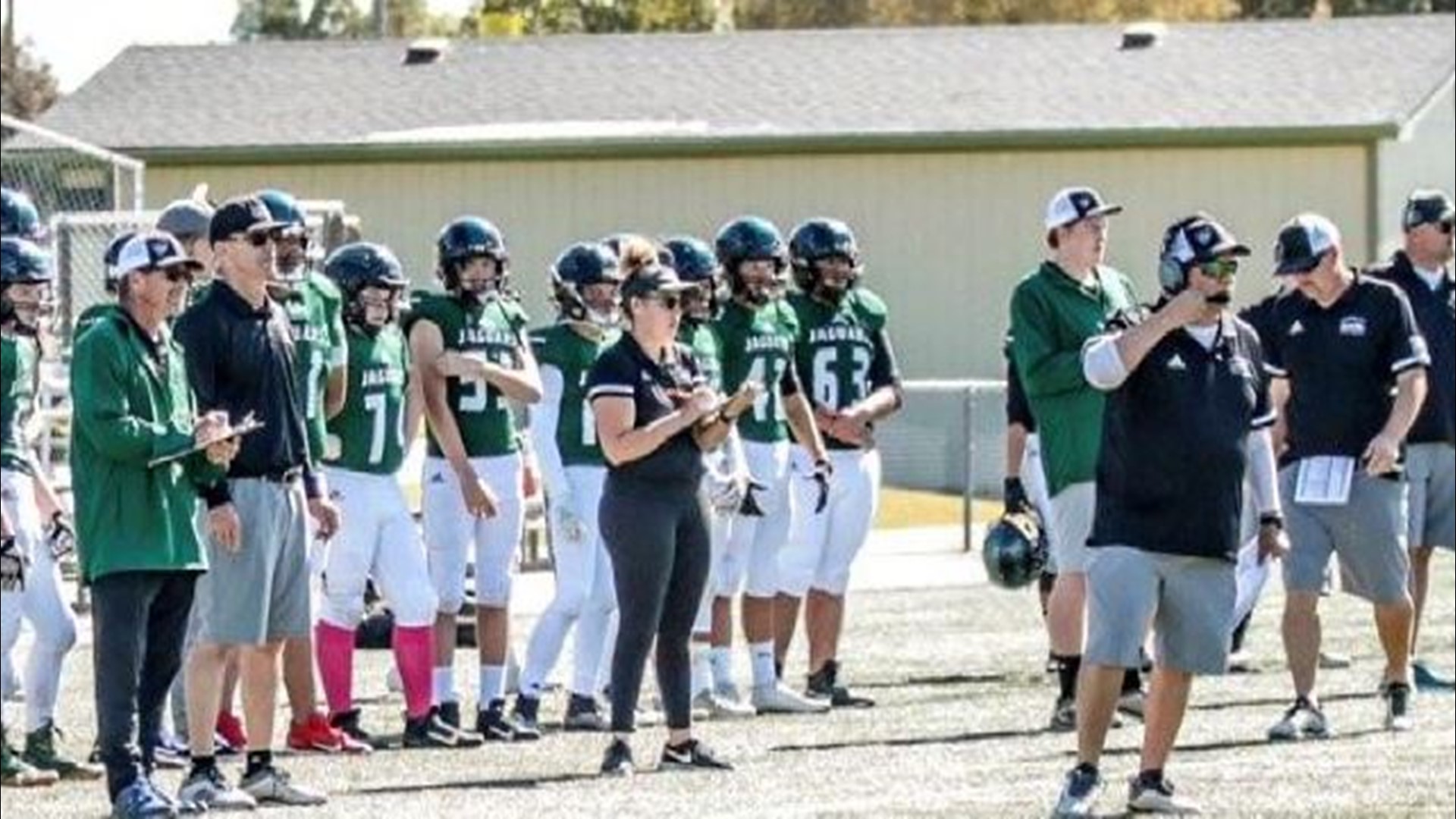 DENVER — Mullen football is getting a makeover. Jeremy Bennett is transforming the coaching staff with some of his own from D'Evelyn, including assistant running backs coach Adrianna Martinez.

"Last year, I was presented with a pretty unique situation and I didn't hesitate," he said about the hire. "She has a great football mind and she's a former competitive athlete herself and an all-conference performer on the softball diamond. We brought her on and she did a great job!"

She'll be working side-by-side with her father and head running back coach Leonard Martinez, the same way they were last year with the Jaguars.

"I grew up watching my dad coach multiple sports and I saw how he was able to influence the kids he was coaching in a positive way and how they were able to grow, and I kind of wanted to help others do that too," she said.

Bennett was hired this off-season as the fourth head coach of the Mustangs in as many seasons, after they suffered their third-straight losing season. He hasn't met his entire team in person, due to the coronavirus outbreak. He introduced his team to the entire coaching staff via Zoom this spring. Adrianna was on the call.

Senior running back CJ Smith is up for the challenge.

Inspiring the next crop, just like her role model Katie Sowers has been doing for the better part of this decade.

"The 49ers have a girl coach and they just went to the super bowl!" Smith shouted about Sowers, when asked if a coach can lead without ever stepping foot on a high school field.

Sowers did, however, play professional women's football. Martinez recognizes the level of difficulty it takes to reach the NFL.

At the end of the day, it will be her ideology and not her biology, that earns her the respect of the Mustangs.

RELATED: 49ers' coach Katie Sowers will make history as the first woman and openly gay coach at the Super Bowl