The Wildcats improved to 8-2 with a 17-10 win over Ralston Valley, despite junior quarterback Ethan Cook leaving the stadium in an ambulance.

ARVADA, Colo. — It was a bittersweet win for the Arvada West Wildcats Friday night, as they took down cross-town rival Ralston Valley 17-10 to finish the regular season. Their big win was soured by a big loss, when Ethan Cook scrambled on a quarterback option and was hit hard in the lower body. He laid on the field for 20 minutes surrounded by trainers, teammates, coaches, and family, before EMS arrived with a stretcher.

The Arvada West coaches reported the junior quarterback suffered a dislocated hip on the first play of the fourth quarter. He was replaced by freshman Vincent Virgil, who led the team down the field for a field goal.

Earlier, Cook threaded the needle for a diving touchdown pass to Brady Witherspoon in the final 10 seconds of the first half, to give the Wildcats the 14-7 lead, a seven-point cushion they would not give up the rest of the contest.

The Wildcat's defense and special teams earned honorable mentions, as well. Ean Lee returned a punt for 67 yards for the opening score of the night. Charlie Smith, Angelo St. James, and Chris Wilcox all picked off passes, with Wilcox's sealing the fate for Arvada West with less than one minute left. 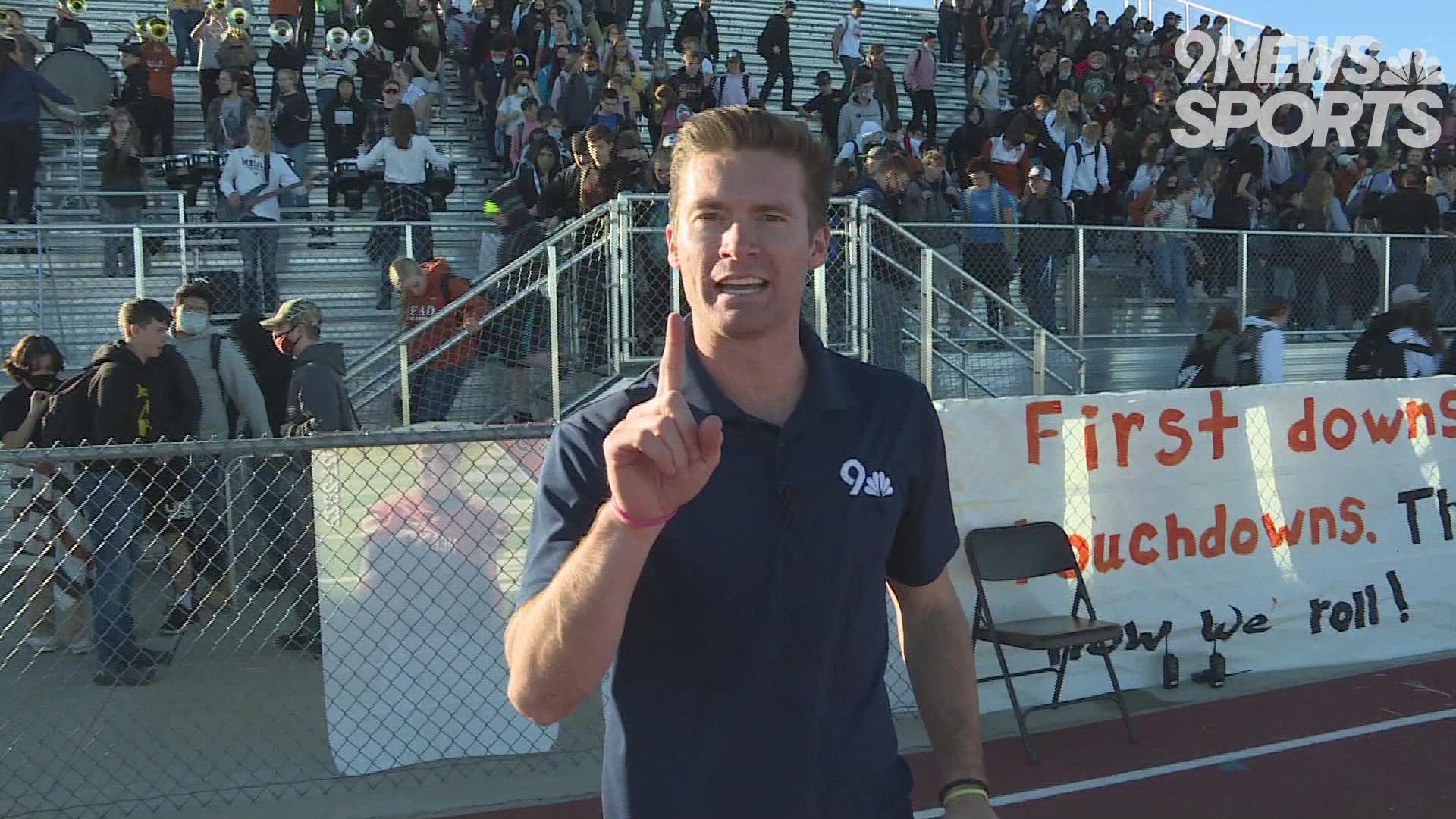