Buglione was named the first-ever female football head coach in Colorado history when she led the Nederland Panthers in 2017. 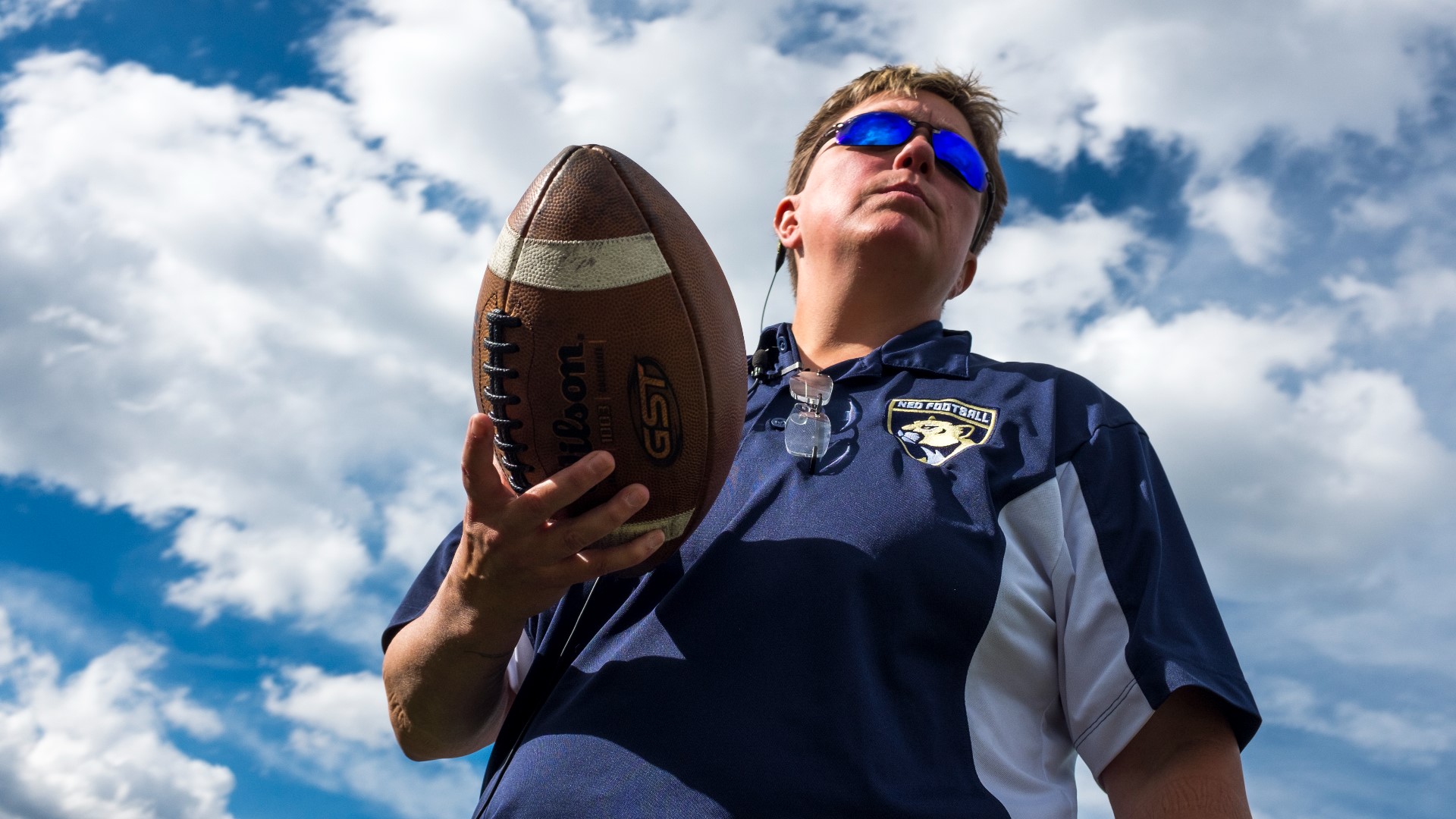 GREENWOOD VILLAGE, Colo. — Beth Buglione doesn't believe in fate; she believes you create your own destiny.

"If you really want something, if you truly believe that you're supposed to be somewhere, and it's your passion, regardless of your gender, you have to go for it," she said. "That's what I did and this is the result."

Buglione moved from Oregon to become the first-ever female football head coach in Colorado history back in 2017 when she took over the helm of the Nederland Panthers 8-man team.

"To have that title, to know you're the first to do something, is just an epic feeling."

Numbers were consistently tough to field a full team, and eventually the school opted in a different direction.

Once Nederland was without a football team, Buglione was searching for her next job. She attended a Denver Broncos-hosted mixer for high school football coaches, which was emceed by Cherry Creek High School head coach Dave Logan.

As the only woman in attendance, Buglione needed to make her presence known by asking Logan a question about women entering the field and playing the sport -- making a personal connection to him and his daughter.

"That just shows you that if you want something, if you really believe in yourself, you've got to stand up and say something, because nobody is going to just walk in and offer you anything," Buglione said.

Logan said he was enamored by her personality and her genuine love for the game.

"I've never been around a good high school coach that didn't understand that we do this for the love of football and for kids," he said. "She just wanted to coach kids and to continue her coaching career, and she was able to accomplish that and more in four years."

Logan promoted Buglione to the head freshman position this season, something he said he did with no hesitation.

"Players want coaches to stand up in front of them and convey to them that if you'll let me coach you, I can make you better," he said.

While there are currently no female players on the team at the moment, both coach Logan and Coach Buglione said her presence has influenced young girls to take notice -- and to hopefully join in the near future.

"I already know it does," she said. "I've been told by parents 'my son just thinks you're great and his sister is like, there's what [a female on the coaching staff]?'"

Buglione started her tackle football playing career in an all-women's league in 2001. She said young women need to see other women playing and coaching to learn that they can do it too.

"I think women can do anything they want to do," she said. "Football is unique because it's been such a male-dominated sport for so long, but there's a lot of great guys out there that will help you that helped me and will help you if you want to be a student of the game. There's a lot of opportunities out there for everybody."

Buglione enhanced her coaching career by learning to officiate the game, and even officiated a high school football playoff game in Oregon during her inaugural season. A perpetual student of the game, she continuously impresses her bosses and those around her.

"For me, the right thing to do is to open the door and to give opportunities. Now, once the door is open, you have to walk through it and you have to hold up your end of the deal," Logan said. "She's humble, she works hard, and she's just been a really great fit for us."

Buglione said while she'd be thrilled to have the opportunity to coach at the varsity level, she loves to provide the first impression to freshman athletes when they first walk onto the field at Cherry Creek High School.