No. 2 Broomfield fends off Monarch in 4A season opener 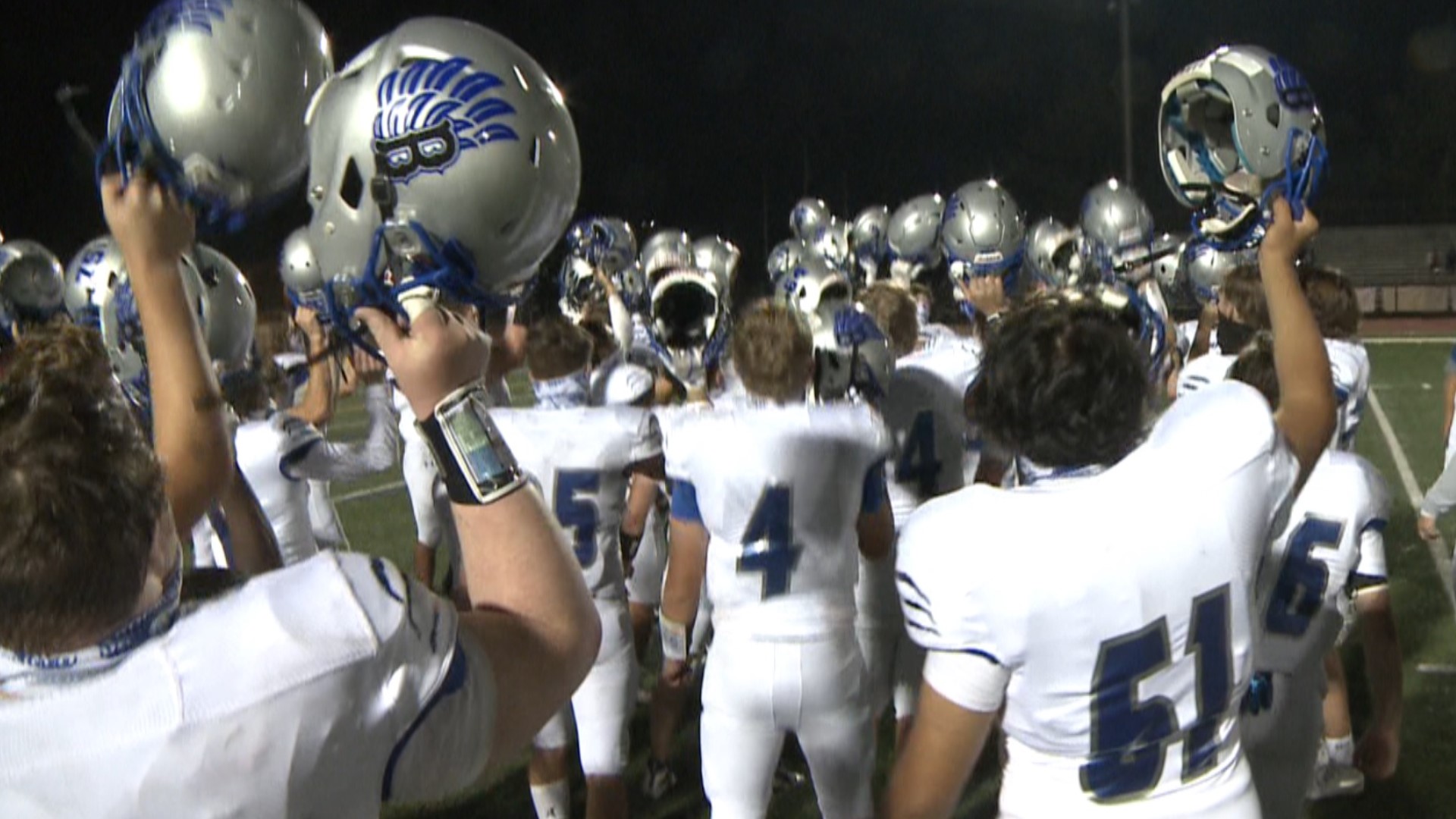 LAFAYETTE, Colo. — There's nothing like a rivalry game to welcome back football.

After finishing runner-up in Class 4A a year ago, Broomfield returned to the field for a clash with Monarch on Friday night at Centaurus High School.

The Eagles kicked things off with a victory, but it wasn't given as the Coyotes battled back in the 27-20 Broomfield victory.

"They just kept hanging in there," said sophomore quarterback Cole LaCrue. "Just crazy. I thought we had them put away but they kept coming back. But we got the job done."

LaCrue rushed for two touchdowns and threw for two more, including a 70-yard bomb to Josh Dunn in the fourth quarter.

Cole Carlucci rushed for two touchdowns for Monarch, while Jackson Petitte ran for one.

Broomfield (1-0), which is ranked No. 2 in 4A in the CHSAAnow preseason rankings, will play its first home game next Friday night when the Eagles host Brighton (1-0).

Monarch (0-1) will travel to Longmont for a road game Thursday night.

>>Watch the extended video above and see the highlights on the 9NEWS Prep Rally on Saturday morning.