The Eagles improved to 4-4 on the season after a 37-27 home win over the Bulldogs. 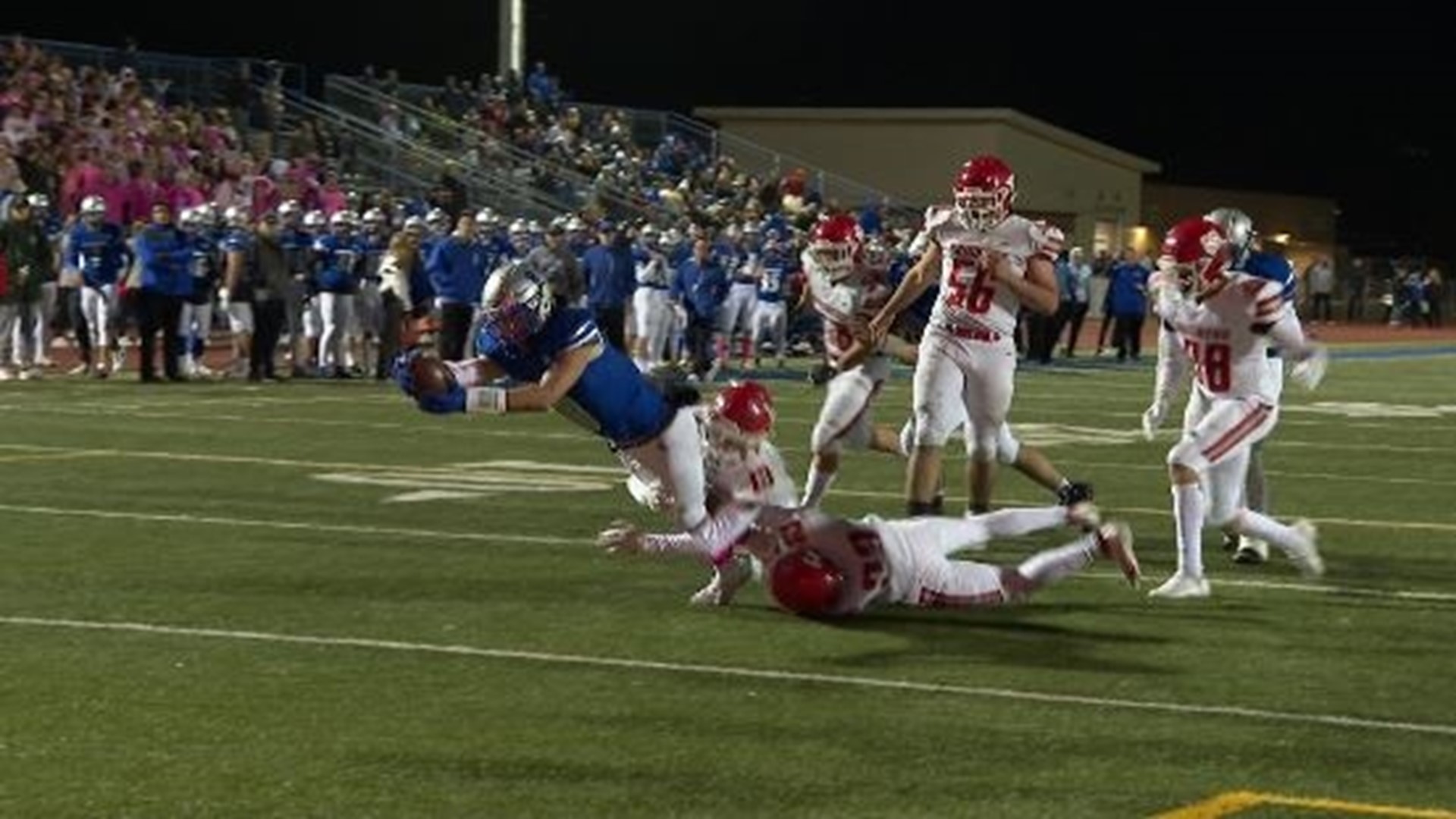 BROOMFIELD, Colo. — Broomfield survived a late-game shootout with visiting Brighton, winning 37-27 and improving to .500 on the season.

After getting out to a 10-0 start in the first quarter, Brighton punched back with a 40-yard kick return from Max Cisneros to set up a scoring drive. Cisneros punched in the touchdown on the ground to get his Bulldogs on the board. A blocked extra point put the Bulldogs behind 10-6.

With one minute remaining in the first half, Broomfield quarterback Cole Lacrue hooked up with senior wide receiver Josh Dunn in the back corner of the end zone to give the Eagles the 17-6 lead at halftime.

The Eagles also struck first in the third quarter, when Blake Naranjo took a short shovel pass and stretched across the goal line. The point after attempt was no good, and Broomfield took a 23-6 lead.

Brighton fired back with a 40-yard pass from Nathaniel Griffeth to Noah Canale to set up a short score a few plays later to Canale.

The shootout continued late in the third quarter, when Kadin Quintana took a handoff from about 6 yards out and ran right up the gut for an Eagles touchdown. Broomfield jumped back out to the 30-13 lead.

Brighton punched back in the fourth quarter, when Jordan Leete ran it in from the one-yard-line.

On the other end, Dustin Detwiler took the jet sweep from 10 yards out and ran it in for a Broomfield touchdown to make it 37-20.

With minutes remaining in the game, Griffeth hooked up with Canale for an 80-yard touchdown pass to cut the deficit to 37-27, but that would be as close as it would get.

Broomfield improves to 4-4 on the season and faces Erie next Friday. Brighton falls to 3-5 and faces Windsor.