The signings obviously looked a bit different this year due to COVID-19 protocols, but the pandemic also changed the way they made their life-changing decisions. 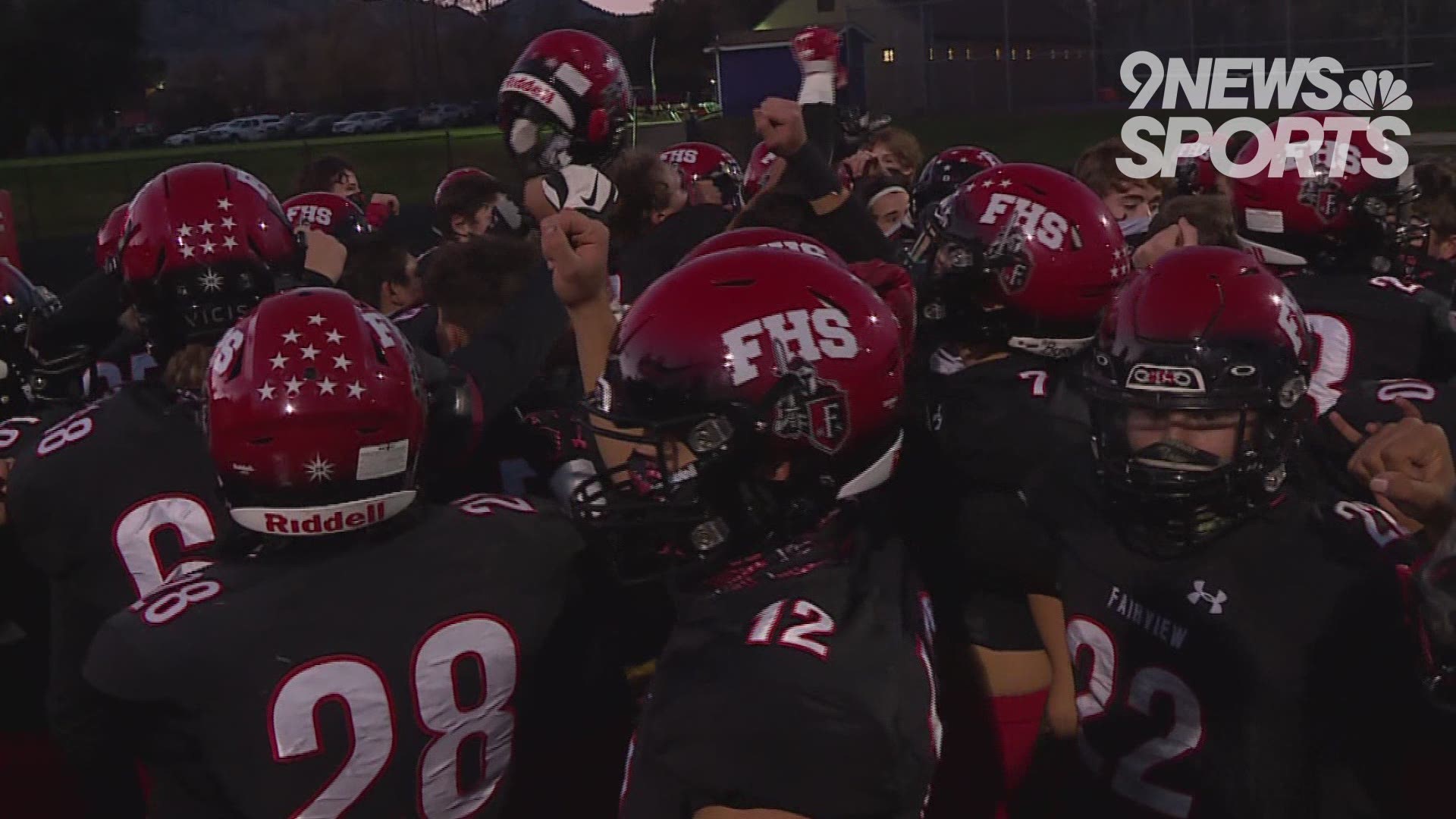 COLORADO, USA — National Signing Day was a hit in Colorado for football players all over the state.

Including Fairview's Brayden Wood, who was in a reflective mood on the day he officially signed to continue his academic and athletic career at Kansas State.

"Without you guys, I wouldn't be here. I love you guys, thanks for a great four years," Wood told the crowd.

"I started to learn about who Brayden was, so here in the beginning, the first words that come to mind are 'big dreams,' and some of the things I heard were, 'he always wanted to play against the best,'" said Tom McCartney, Fairview's head coach.

"What they're doing there, it's going to be something special. For the next four years, Kansas State is going to be a team you're going to want to watch," Wood said.

Meanwhile, three seniors from Eaglecrest will be watching each other from afar. They'll be circling their matchups on the calendar and preparing the smack talk like a film study.

"We always give each other stuff all of the time. I'm proud of them, I'm happy for them, but yeah, it's going to be fun," said Ty Robinson, committed to CU.

The signings obviously looked a bit different this year due to COVID-19 protocols, but the pandemic also changed the way they made their life-changing decisions.

"It took a toll on us because we couldn't go visit where we went to school, so we had to take a chance on a school that we'll be spending the next four years and what they call a 40-year decision without even being there," said Cherry Creek's Gunnar Helm, committed to Texas.

"So that had to weigh in and factor into my decision-making process, but just being able to pray on the process and have an understanding of where I'm going, it all worked out," said Cherry Creek's Al Ashford, committed to Wisconsin.

And some guys even had some fun with their unofficial family visits. Oladipo's discovery of the famous Boise State turf is a good one.

And there's nothing like the relief that comes with knowing your future is secure, especially this year.

"It's definitely a relief off of my back to say that I'm getting an education for free so it's definitely a big moment in my life and it definitely felt great to put the pen to paper," said Cherry Creek's Myles Purchase, committed to Iowa State.