The Lambkins junior is a wide receiver and safety, but racks up the most points as the team's kicker. 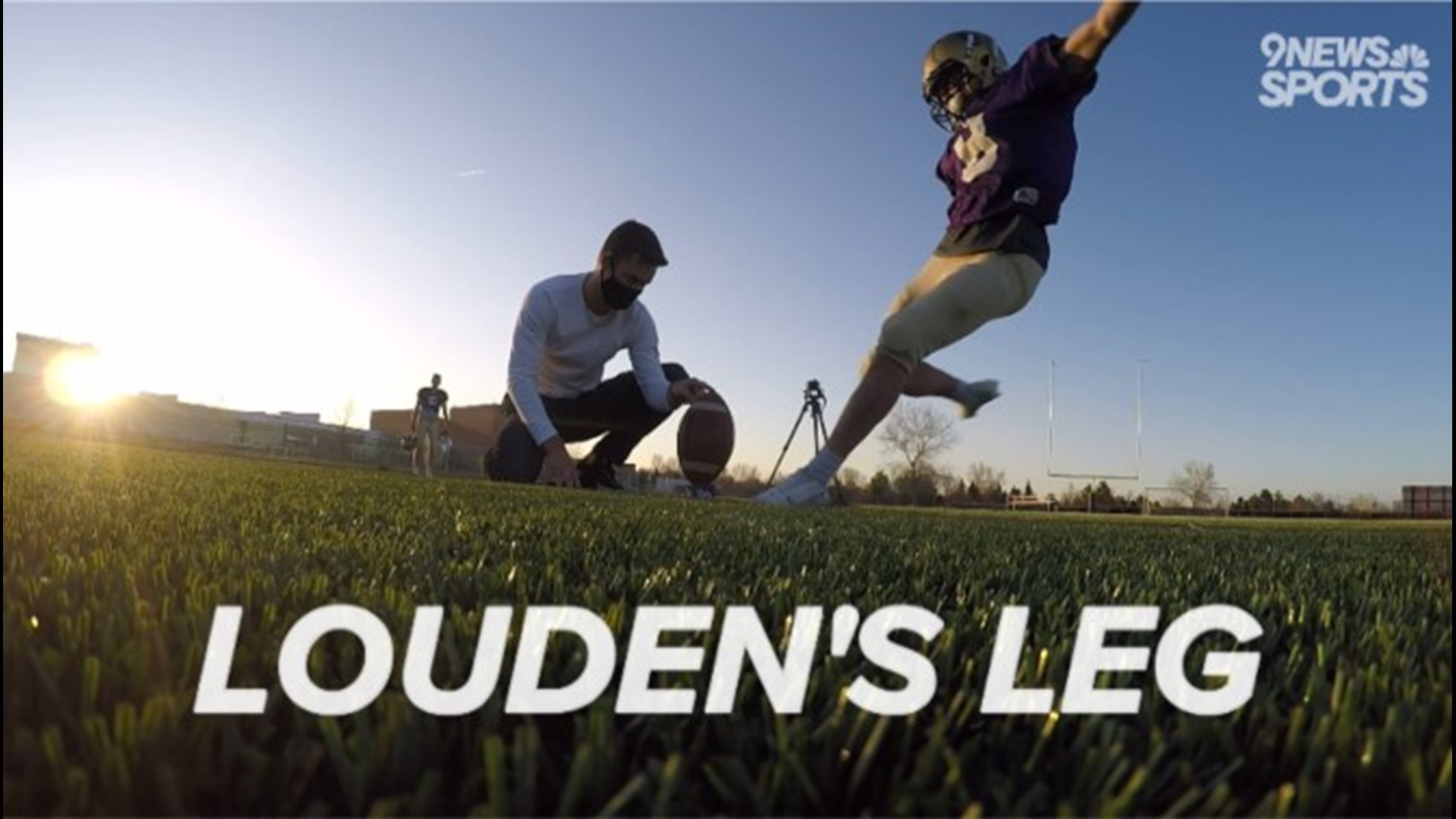 FORT COLLINS, Colo. — Louden Harger is always on the field. But the Fort Collins football player's "specialty" shines through on special teams.

Harger, a junior, plays wide receiver on offense and safety on defense for the Lambkins. It's when he lines up as the team's kicker, however, when most people realize how talented he is.

He nailed a 54-yard field goal in Fort Collins' season-opening win over Denver East at All-City Stadium. Since then, the Lambkins have outscored their opponents 145-20 through three games (3-0 overall).

9NEWS stopped by the team's practice on Wednesday to see the strength of Harger's kicking game firsthand.

He was good on a 57-yarder, which is longer than any field goal in school history. He then stepped back and connected from 60 yards -- a distance which only six Colorado high school players have hit in a game.

"It's definitely got me thinking more about college now, and if I could possibly do this then. I mean, it's pretty cool. Not many people can really do this so I think that's pretty special," Louden remarked after hitting the 60-yard boot.

9NEWS Preps Reporter Scotty Gange shares this story and acted as his holder for a few kicks as well.

Catch the 9NEWS Prep Rally with Scotty Gange Saturday and Sunday mornings at 7:45 and 8:45 for highlights and feature stories from around Colorado in the high school athletics community.