Ferguson made his college football commitment live on 9NEWS with Arielle Orsuto. 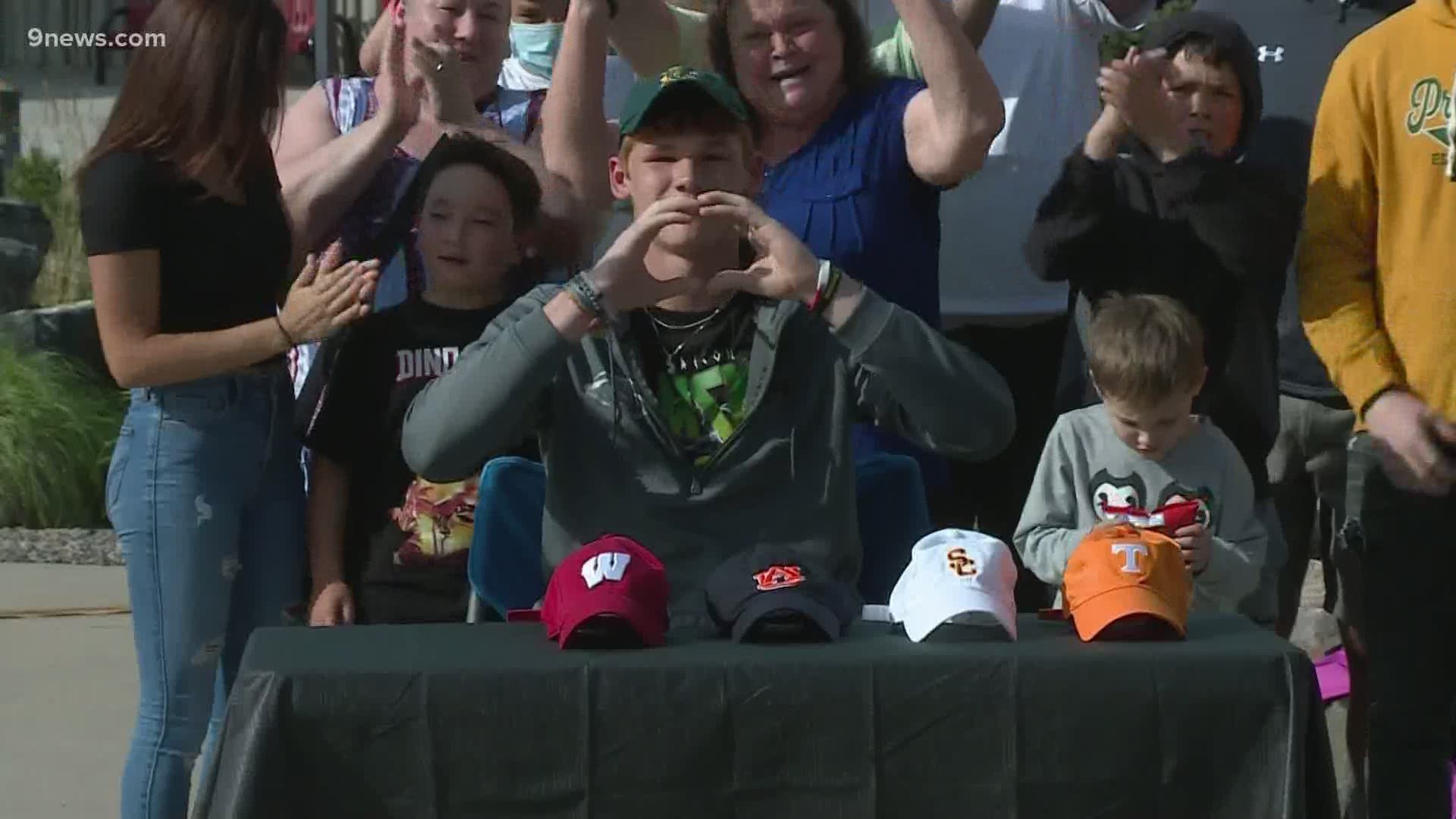 DENVER — One of the best high school tight ends in the country is Oregon-bound.

Heritage High School's Terrance Ferguson made his commitment to play college football for the Ducks on 9NEWS with Arielle Orsuto on Thursday evening.

Ferguson is the highest-ranked tight end in Colorado's 2021 class.

Tight end is a position the University of Oregon is focusing on with this year's recruiting class. The Ducks did not sign a tight end in 2020, shifting the focus to the 2021 group.

Ferguson will join Moliki Matavao of Henderson (Nevada) Liberty, a nationally-ranked tight end who committed to Oregon back in May.