The Tigers defeated the Grizzlies 22-14 in Friday night's 5A matchup at Shea Stadium. 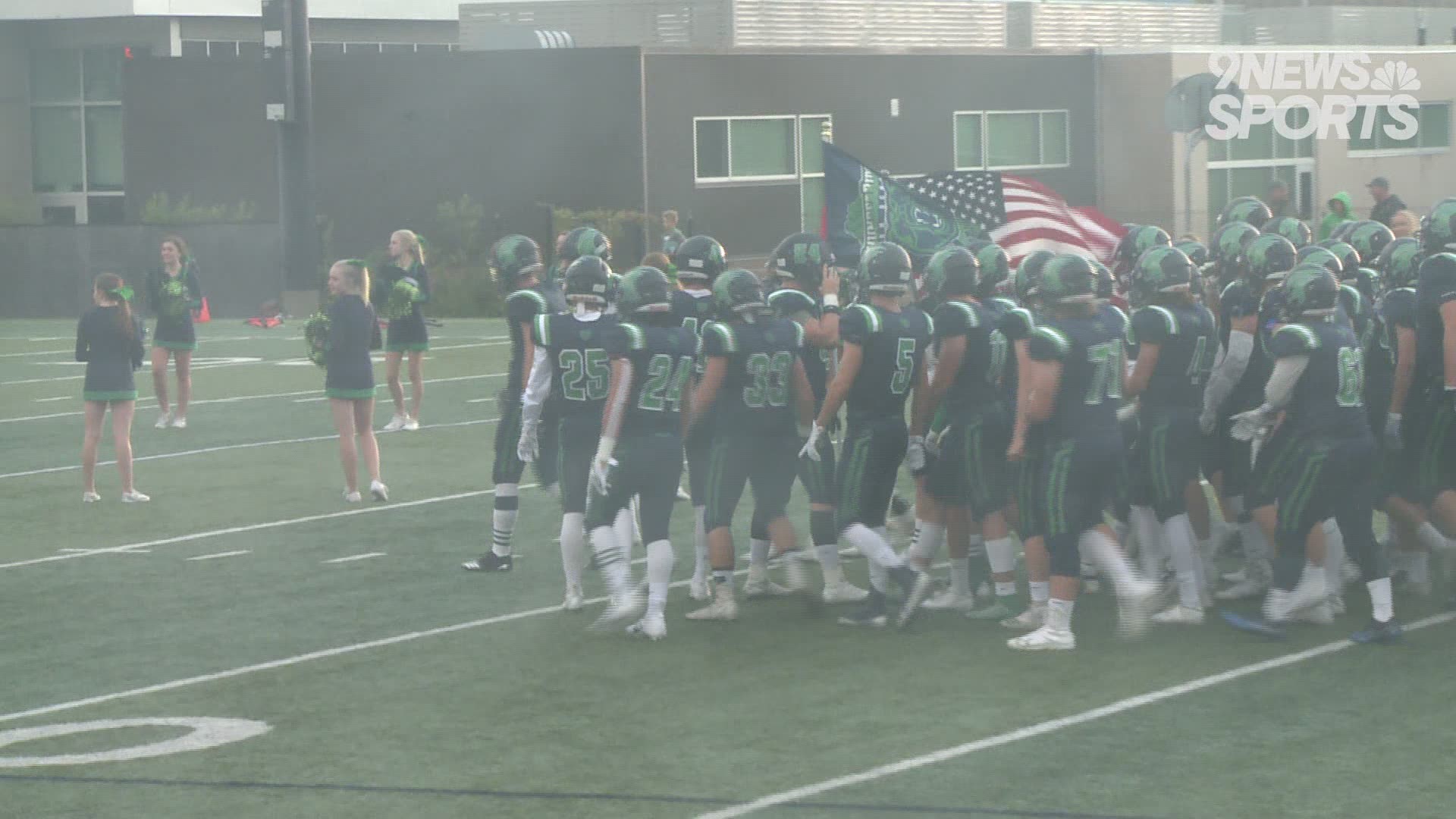 HIGHLANDS RANCH, Colo. — Back and forth Lakewood and ThunderRidge fought at Shea Stadium Friday night. But it was ultimately the Tigers who left with the 22-14 victory.

Both teams led multiple times in the Class 5A matchup.

ThunderRidge (1-1) struck first on a goal-line touchdown run from Lucas Fish in the opening quarter. Lakewood (2-0) responded with a similar scoring play when quarterback Max Schadler took it in on the keeper in the second.

The Tigers missed the extra point, but took their first lead after Dylan Ladd booted a huge 48-yard field goal. The Grizzlies took a 14-9 lead into halftime after Trent Graves connected with Danny Keith for a 30-yard touchdown just before halftime.

From there, Lakewood would respond.

The Tigers took back the lead when Schadler hit Keondre Beauty for a touchdown that put them up by 1.

As ThunderRidge was driving, Addison Reddinger picked off Graves and nearly returned it to the end zone, which his teammate Jason Doung finished with a short touchdown run.

On a last-ditch effort, Graves floated the ball into the end zone with about a minute remaining, which was intercepted by Everest Lacy to secure the Tigers' win.

Lakewood next plays Legacy, while ThunderRidge will look to bounce back on the road against No. 7 Fairview next Friday.