Titans running back Bryce Vaz is having a breakout season, and will square off against a familiar face vs. Valor Christian on Saturday. 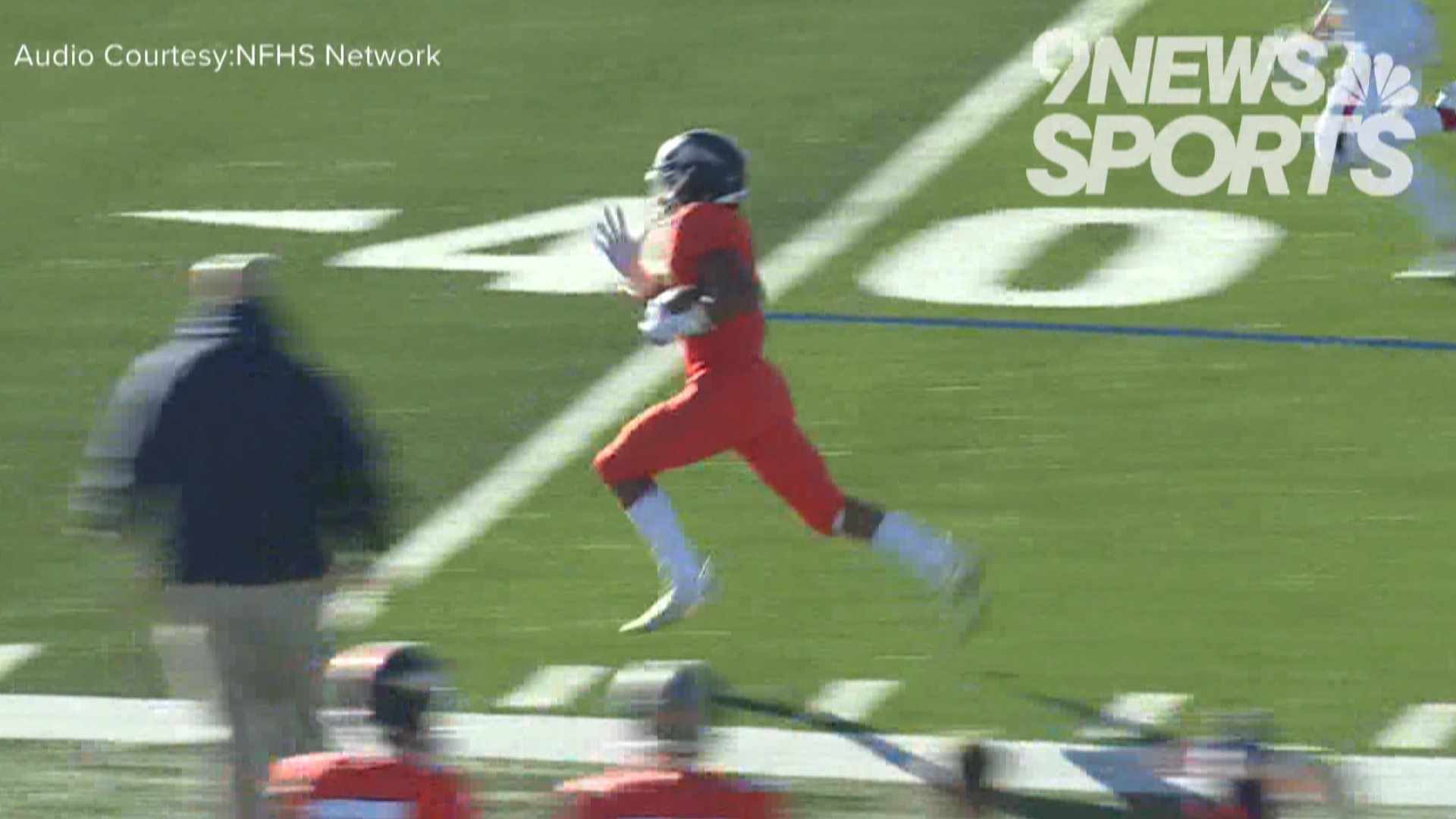 PARKER, Colo. — He tallied six touchdowns for 314 yards on 29 carries.

"It was just really cool. I was on Cloud Nine for a while after the game."

In the first start of his Legend---dary career.

"I just thought, this is my opportunity, this is what I've been waiting for, and I need to make the most of it."

An opportunity that has been a long time coming, he says.

Legend junior running back Bryce Vaz has already dealt with a lifetime of adversity. He was diagnosed with type one diabetes, sidelined with multiple injuries, including three pulled hamstrings this season, and forced to transfer schools and sit out of sports for his sophomore year.

"I've just been persevering through it all, going my hardest, keeping my head up, and just not giving up," he said.

Even through his darkest days, he never took pity on himself.

"I don't have time to feel bad for myself," he said. "It taught me what to do and what not to do and it just made me a stronger person."

Vaz started his high school career at Valor Christian, alongside another headline-grabbing running back: Gavin Sawchuck.

"We've been playing each other ever since we were in youth football and against each other. The first time we were ever on the same team was in eighth grade in 7-on-7," he said.

"Gavin's a great player, a great running back. He has the great speed, the great vision, the quickness. I've actually looked up to him a lot."

Sawchuck, also a junior, is listed as the 29th best athlete in the 2022 class, according to 247 Sports, and has already reeled in 26 Division I offers. College scouts have already determined he's the real deal, but it didn't take his longtime friend and teammate too long to figure that out.

"When did I know he was the real deal? Probably after the first few games after he got in. I remember I was up in the stands watching him when I was a freshman. I already knew he was good but when he hit the field and he was running and I saw his speed, I was like, 'whoa, he's that good'."

So how does it feel to face Sawchuck and his former team in the semifinals?

"It would just feel nice all in all just to beat them."

An opportunity that was worth waiting for.

RELATED: Legend's Bryce Vaz is shaping up for a comeback year