The Mustangs held on to defeat Flatirons Academy 31-30 in double overtime to claim first title since 1990. 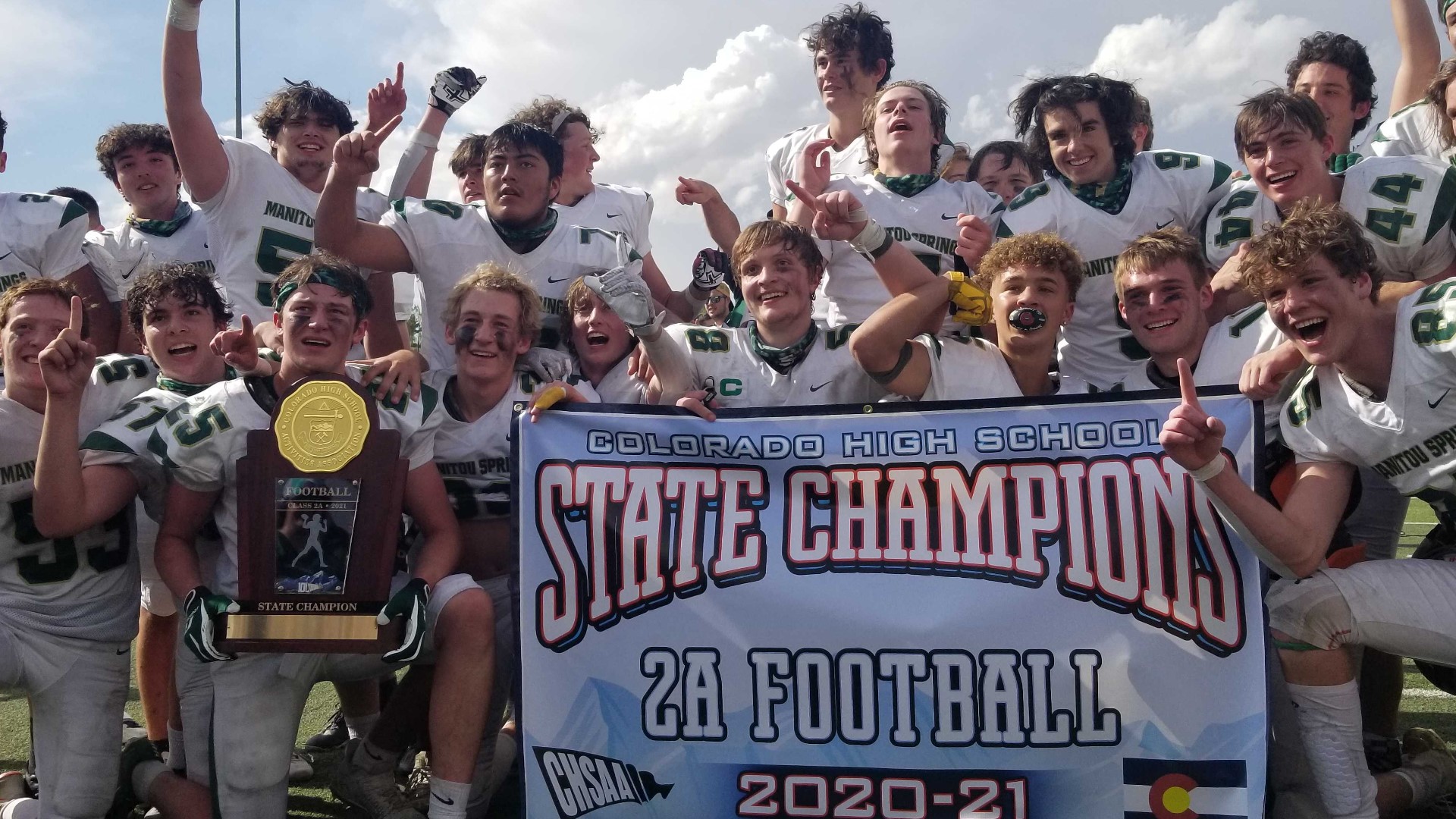 PUEBLO, Colo. — The state championship came down to one final play.

Manitou Springs and Flatirons Academy battled it out in the Class 2A spring football state title game at CSU-Pueblo on Friday afternoon. But after the fight wore on into a second overtime, the Bison made a decision to win or go home on a point-after attempt.

Flatirons Academy tried to run in a 2-point conversion in for the victory, but was stuffed at the goal line by the Manitou Springs defense -- giving the Mustangs the 31-30 win in 2OT.

"I don't know what to say. Unbelievable," senior Joah Armour said. "I can't think about anything right now. I'm just so happy, man. This is all we worked for. Unbelievable."

The Mustangs faced a 14-7 deficit to the Bison at halftime. They rallied with 10 second-half points to force overtime, which included surviving a fourth-and-long situation to set up a game-tying field goal.

Both teams exchanged quick strikes in the first overtime. Manitou Springs went up to begin the second overtime before Flatirons Academy scored and opted to go for the 2-point conversion.

It is the third state title in program history for the Mustangs, and first since 1990.

>> Watch the extended video above and see highlights on the 9NEWS Prep Rally this weekend!