Pomona senior Marcus Geypens is playing in the state semifinals only 17 months after suffering a near-fatal accident that left him intubated with internal injuries. 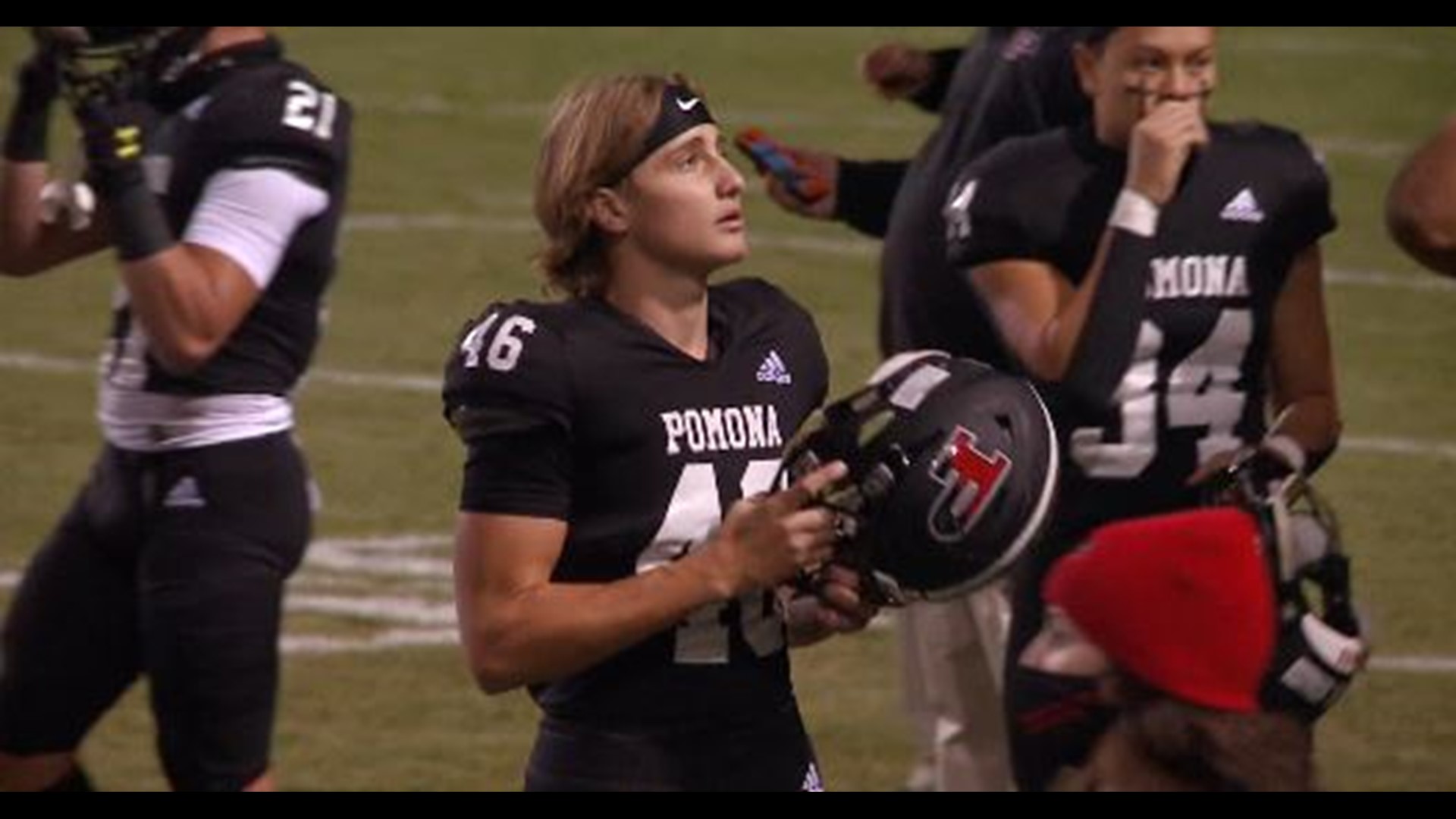 ARVADA, Colo. — 28 teams in Colorado have the privilege to spend Thanksgiving week practicing to earn a spot in the state championship next week. The result can feel like life or death for some high school athletes, but one Pomona senior knows that's simply not the case.

His head coach Jay Madden does remember the day in question, however.

"I was the second person there; another friend of ours was there first. Watching his parents run down the road to see him was the hardest part," Madden said.

His father Jon Geypens said he didn't know the extent of the injuries when he received the initial phone call, but as soon as he saw the accident scene, he knew the severity immediately.

"When we came around the curve and we saw all of the fire trucks and ambulances, then it definitely kicked into gear," he said.

The Pomona senior linebacker and his younger brother Jonny, a sophomore at Ralston Valley, were victims of a single-car crash in June 2019. While Jonny walked away from the scene with a broken femur, a ruptured patella, and a fractured spine, he only required a few surgeries. Marcus' condition was much more dire.

It took three days for him to come out of his induced coma. His father was the first person he saw.

"I couldn't talk at the time because I had a tube in my throat, so I couldn't talk. I was just squeezing his hand yes or no," Marcus said.

Jon said it took another full day of hand-squeezing before he spoke his first words.

"When they finally took the intubation out of his mouth, the first thing he looked at me and mouthed 'Dad, I'm sorry,' and it just brought me to tears. I was like, 'You're alive, there's nothing to be sorry for.'"

His parents shared those tears and those moments of uncertainty with their closest friends: coach madden and his wife Shalene.

There were moments throughout the week when people in the Pomona community, and even the Geypens and Maddens, were unsure if Marcus would wake up or walk again. Fast forward 17 months and Marcus is starting his senior year at linebacker.

"Knowing Marcus, I knew if it was possible, he was going to make it happen," Madden said. "He's an extremely tough kid. I just wish we could've gotten him in the weight room so he could've gained a little weight before the season started. I'm so glad we got to play football this year so he got his chance. He hurt his knee as a sophomore so he didn't play, he hurt his back as a junior, and now as a senior, he gets to play."

Those injuries, and even the accident, are now just scars: memories of the adversity he's had to overcome to get to this pinnacle.

"I just have a lot of big scars. I have a big one on my ankle, I have one here on my stomach, and one on my back from my back surgery," Marcus said. "I just think about how tough it was and all I had to do to get back to where I am now to fight, the physical therapy and all that stuff."

And so, when his teammates begin talk about the repercussions of this upcoming game, Marcus knows how to put their hyperbole into perspective.

"There's more important things in life. You just can't take anything for granted. You have to live for the moment and do your best to do honestly what you want to do and be who you are," he said.

And who is Marcus Geypens? Well, now he has the rest of his life to figure that out.