Roosevelt cruises past Pueblo South in 3A semifinals

The top-seeded Roughriders defeated the Colts 49-19 on Saturday to advance to the state title game. 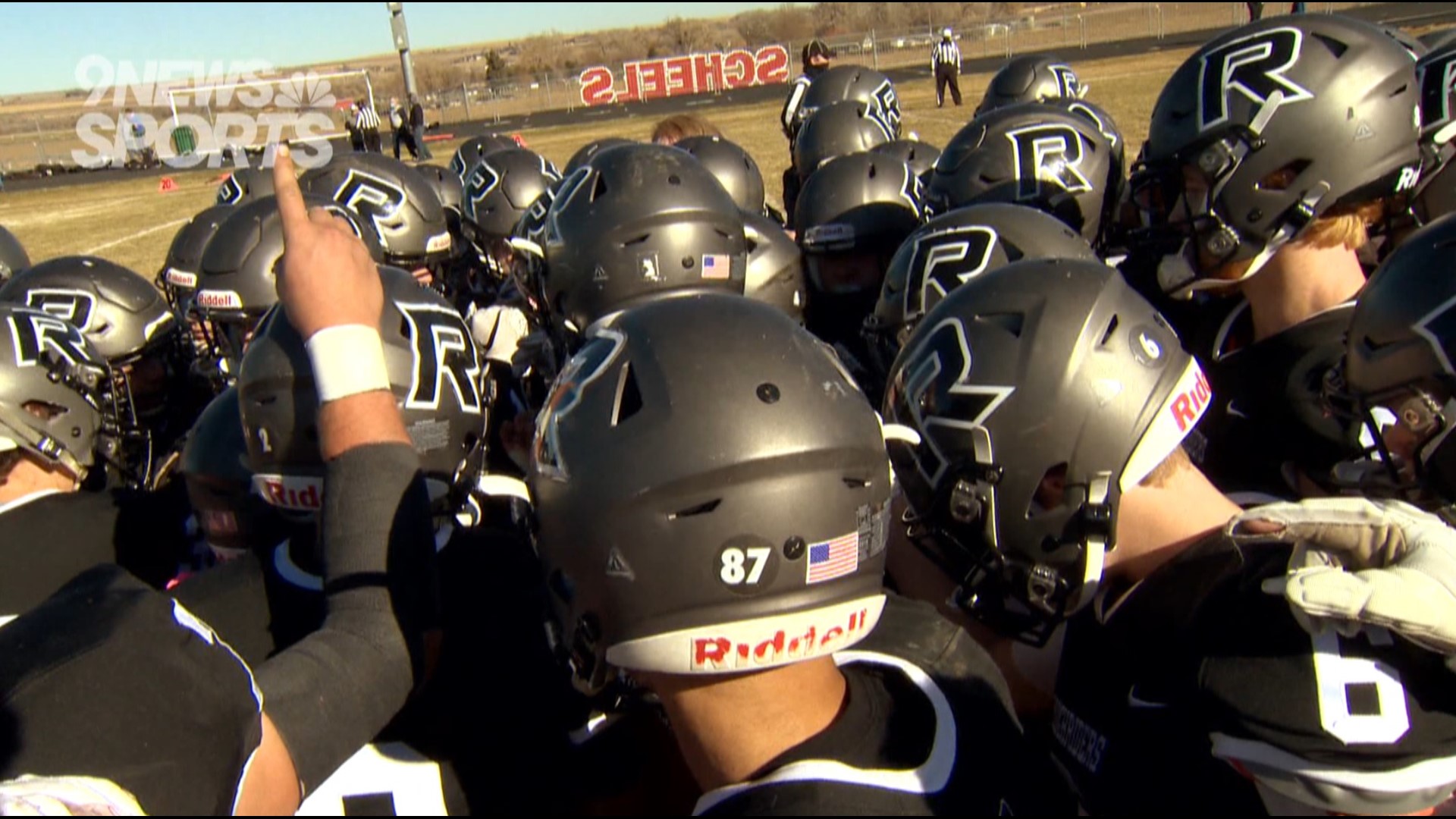 JOHNSTOWN, Colo. — The Roosevelt Roughriders are on the verge of their first state championship in program history.

In the Class 3A semifinals on Saturday afternoon, Roosevelt -- the No. 1 seed in 3A -- flexed its muscles against No. 4 seed Pueblo South in a convincing 49-19 victory.

Roosevelt had a huge day on the ground amassing 299 yards using the one-two punch of running backs Keegan Sterkel and Cooper Walton. The tandem accounted for three rushing touchdowns each running behind the huge Roughriders’ offensive line.

"Just gotta thank my big boys they did a good job today and I’m proud of them, opened a lot of holes up for some pretty good running," Sterkel said of the O-line.

The undefeated Roughriders (7-0) advance to to play No. 3 seed Durango, which took down No. 2 Holy Family earlier Saturday.

Pueblo South has a talented running back as well in George Longoria who finished the game with 151 yards rushing.

The Colts' biggest highlight of the game came on their first offensive play from scrimmage when Longoria scored on a beautifully executed sweep from 58-yards out.

The Colts cut the Roughriders lead to two points in the third quarter, 21-19, but Roosevelt stuffed the 2-point conversion and took control of the game from then on.

South would have three second half turnovers as well that the Rough Riders took advantage of. The Colts' season comes to an end with a 5-1 overall record.

Roosevelt remains unbeaten (7-0) heading into the championship game and have been ranked No. 1 since their week two upset of then No. 1 Mead in overtime 21-20.

"Roosevelt’s never done it before in its history. I think it would be one of the biggest things in our program’s history," Sterkel said.

Roosevelt will play Durango on the campus of CSU-Pueblo at the Neta and Eddie DeRose ThunderBowl next Saturday for the 3A state championship.

RELATED: 3A semis: No. 3 Durango advancing to state title game for first time since 1988

RELATED: Loveland takes down No. 1 Dakota Ridge in 4A semifinals