CHSAA welcomed the 4A and 5A football finalists to tour Empower Field at Mile High on media day Tuesday. 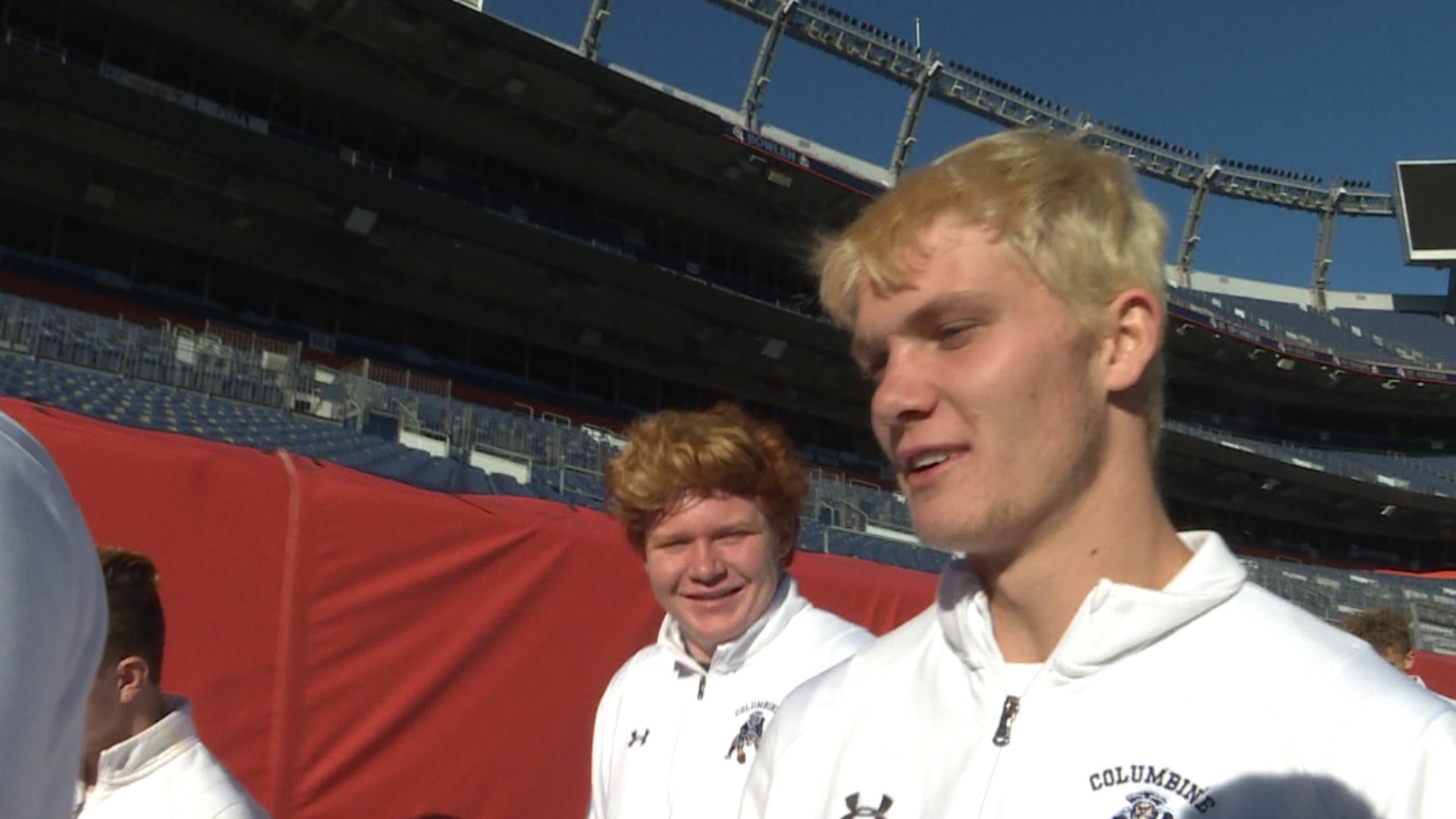 DENVER — CHSAA welcomed the 4A and 5A football finalists to tour Empower Field at Mile High on media day Tuesday.

Before the coaches of Broomfield, Pine Creek, Columbine, and Cherry Creek took to the podium, the players were treated to a VIP tour around the facility.

"You know, I watched the Denver Broncos game a couple of days go and just the fact that I'm going to be playing on an NFL field, it's a blessing," Broomfield running back Caden Peters said.

He'll be facing off against another one of the best running backs in the state: David Moore III of Pine Creek. Moore said walking around the stadium brought feelings of both excitement and nerves.

"You don't know what's going to happen and you don't want to underestimate the opponent," he said, referring to both his tough opponent in Broomfield and also the upset his team faced last year to Skyview. 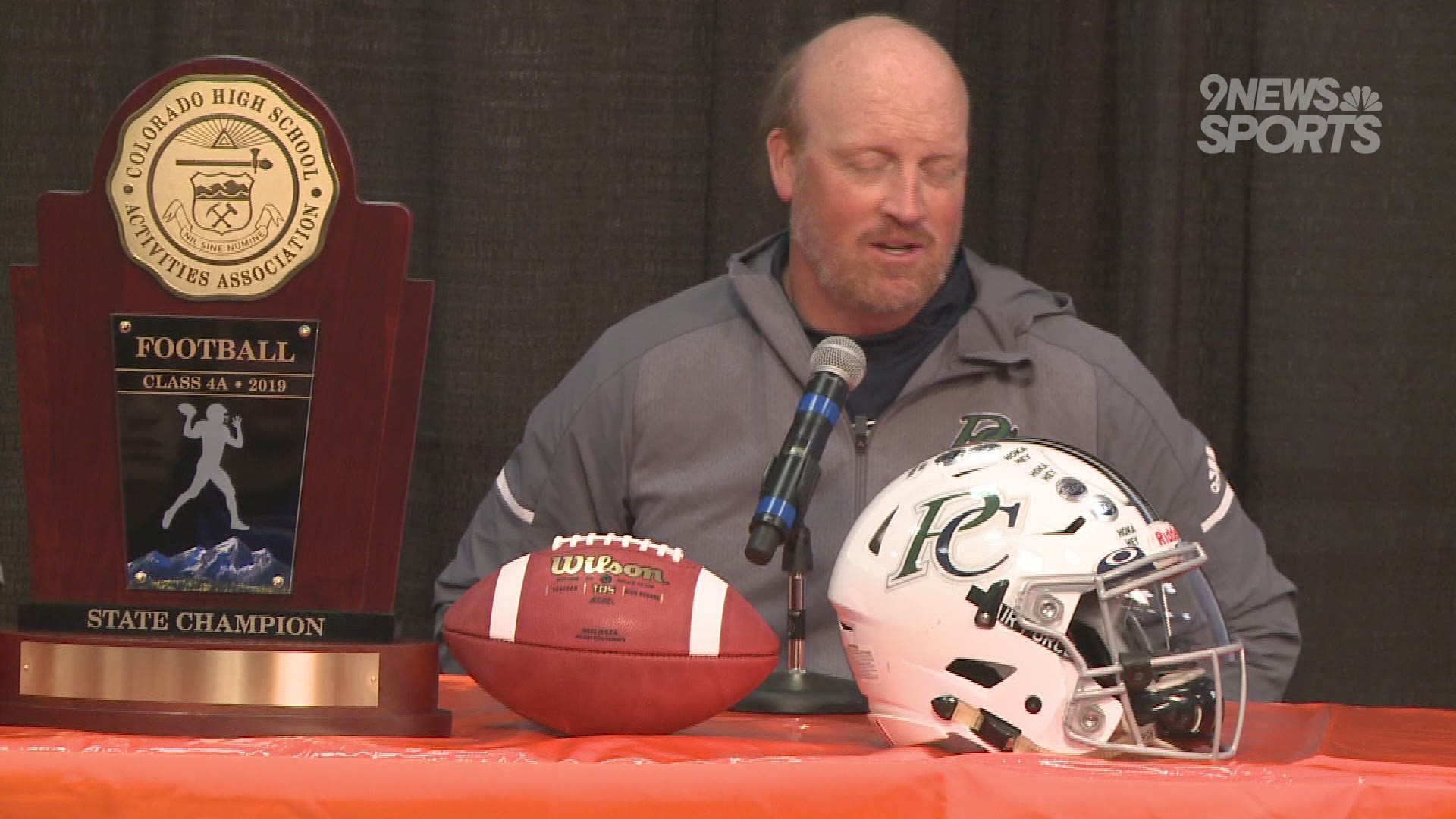 Peters said he knows what its like to be overlooked, as they have been throughout the playoffs. However, the 2-seed Broomfield Eagles have played up to their potential and sit one win away from their first title in more than 30 years.

"You know, we've earned our respect every game, especially in the playoffs, and just to be here in this moment is awesome," he said.

"At the end of the day, it's all business," Cherry Creek running back Jayle Stacks said. "We were here last year and we didn't come out with the win, so you know it's personal. We want to come out here on Saturday and get the win."

No one understands this matchup more than the two coaches. Cherry Creek head coach Dave Logan said this will be another classic battle between the powerhouses.

"They've won some, we've won some. All of these games have been highly competitive, really tough, both teams are bruised up when the game is done," he said.

His competitor Andy Lowry respects the history of Logan's Bruins, but said it's time for his Rebels to return to greatness.

"You know, they earned it," he said. "They worked hard and they earned it. Each and every one of them at the beginning of the year, their dream and their ambitions would've been to be here on Saturday." 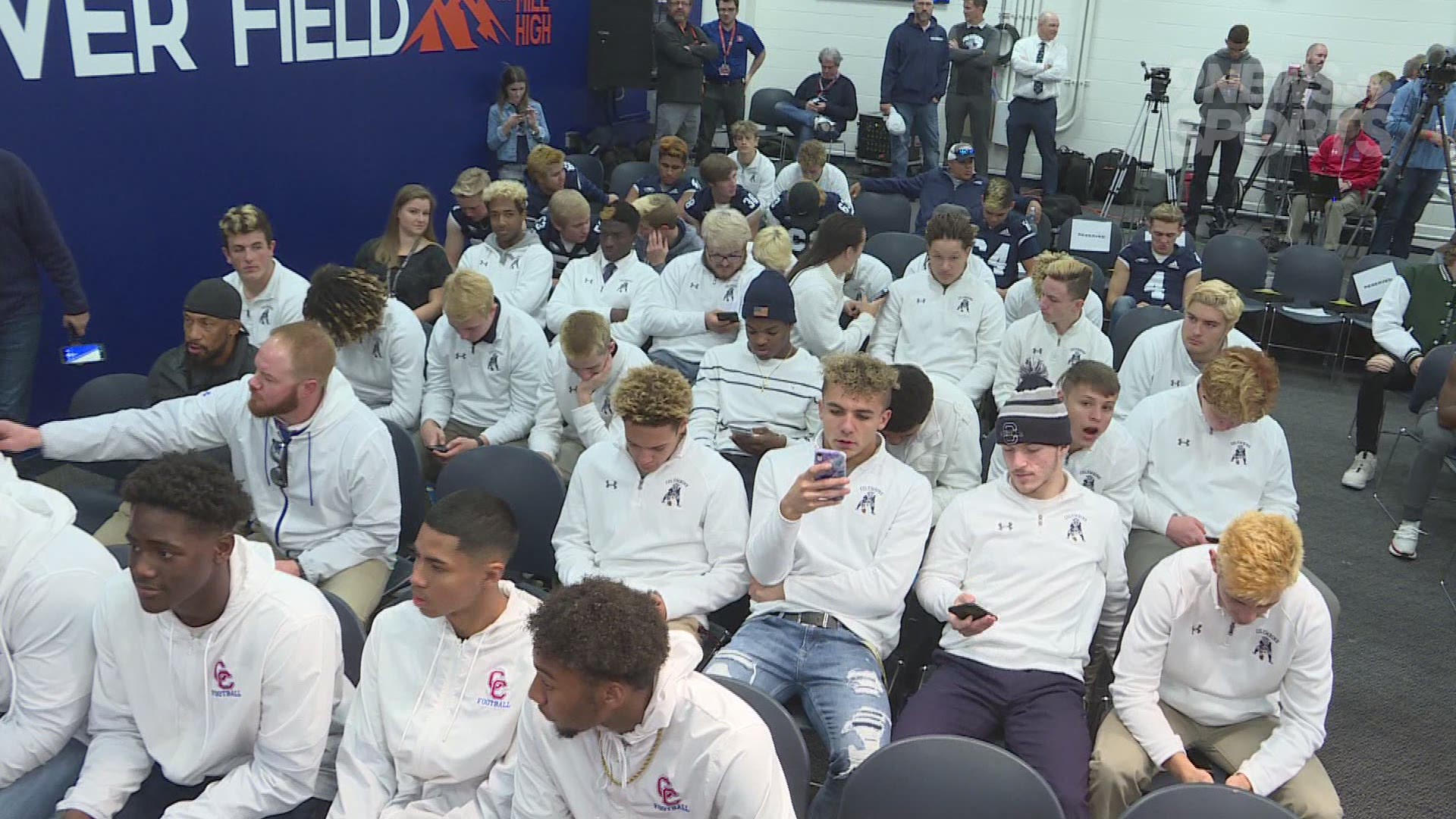 All four of these teams dominate in the run game, and the Columbine Rebels live and die by it. Their game will be won in the trenches. No one knows how to dominate that matchup more than senior Andrew Gentry. He said his teammates have been preparing for this moment since the 4th grade.

"Yeah I wouldn't trade it for the world," he said. "I'm so proud to be a Columbine Rebel right now and to come back here after eight years, being so close after the last few years, this is awesome. This is so cool."