Strasburg fends off Meeker in 1A football playoffs

The Indians held off the Cowboys' upset bid, 36-34, to advance to the state semifinals. 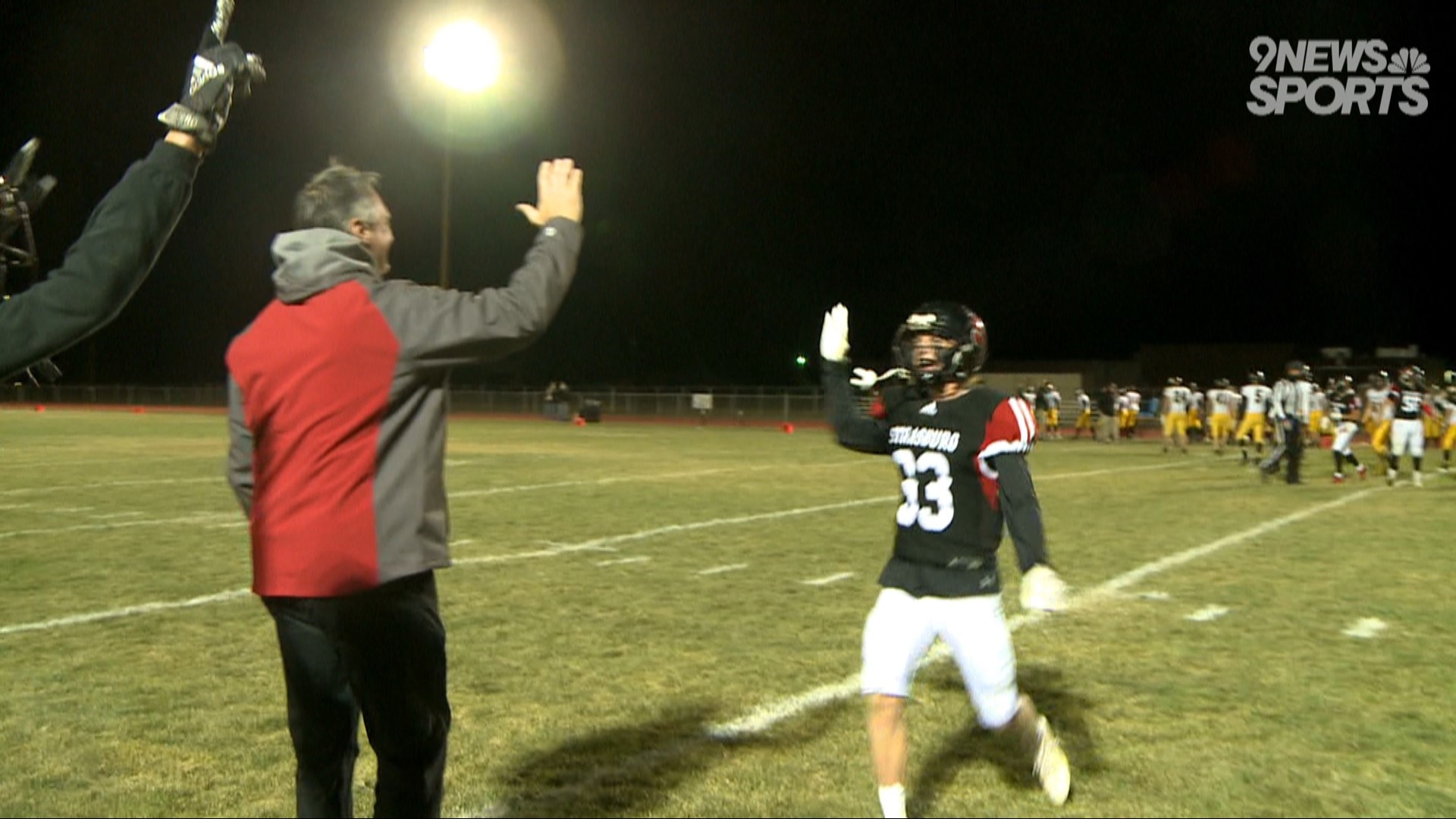 STRASBURG, Colo. — The Strasburg football team found itself in a new position. Not only down to an opponent, but scored on altogether.

The Indians, who are the No. 2 seed in the Class 1A state playoff bracket, dominated the regular season -- outscoring their opponents 325-0 through six wins.

So when No. 7 seed Meeker not only scored on them for the first time this season, but took the lead more than once, it was a new experience.

Strasburg ultimately fended off the Cowboys' upset bid, 36-34 at home Friday night in the 1A quarterfinals to advance to the semifinals.

"We weren't really ready for it at first, but next week we will be ready," said senior running back Trystan Graf. "We're just going up from here."

Meeker kept Strasburg on its toes all the way through the final minute. The Cowboys scored a late touchdown with 40 seconds left in the game that gave them a 2-point conversion attempt to tie the game.

After an unsuccessful attempt, the Cowboys then recovered an onside kick to have yet another chance in the final seconds, which was slammed shut by an interception by senior quarterback/corner back Collin Russell.

Strasburg advances to play the winner of Saturday's game between No. 3 Florence and No. 6 Centauri next week. Meeker's season ends with a 5-2 overall record.

Strasburg escapes an upset bid from Meeker, 36-34 in the 1A 🏈 quarterfinals. The Cowboys had a 2-point conversion attempt to tie the game with 40 seconds left. Heckuva game!#9sports #copreps @coloradopreps @CHSAA pic.twitter.com/TuEhIG9Z73

RELATED: 4A No. 4 Loveland 'picks' their way to playoff win over No. 5 Broomfield

RELATED: No. 2 Holy Family beats No. 7 Evergreen to advance in 3A football playoffs

RELATED: No. 1 Cherry Creek football rolls past No. 8 Regis in 5A playoffs

RELATED: No. 4 Pomona runs past No. 5 Eaglecrest, earns spot in 5A semifinals