Eagles running back Gavin Sawchuk has received 26 scholarship offers from Power-5 programs across the country. 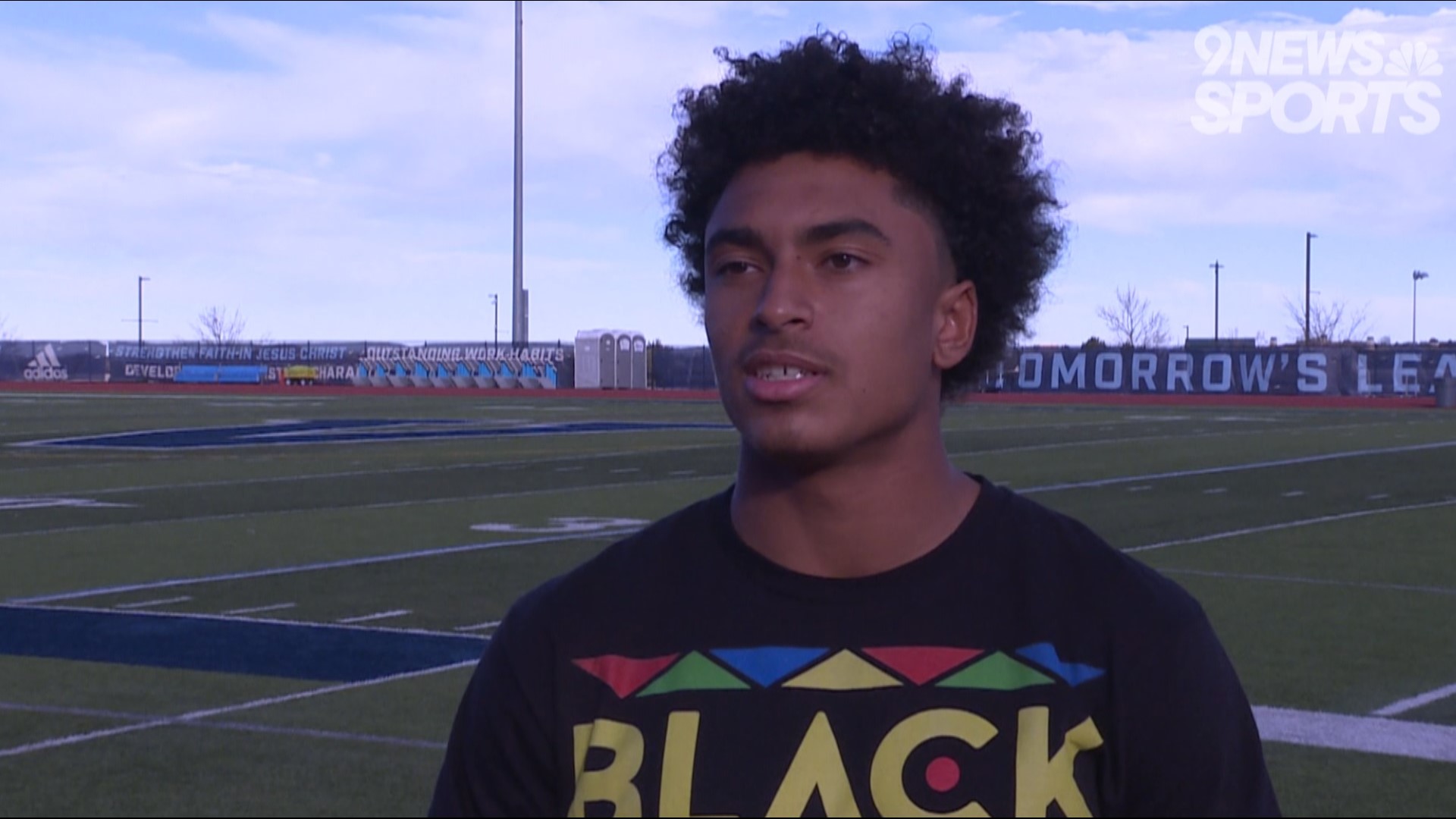 Like Christian McCaffrey before him, Gavin Sawchuk is a can't-miss college prospect.

"That (touchdown run) was pretty fun," Sawchuk recalled when asked about a 71-yard touchdown run vs. Castle View in Week 4.

It’s easy to see why he’s one of the country’s most sought after recruits. But what does Sawchuk see when he watches one of his highlights?

"We practiced this (kickoff return) all week and it was executed perfectly," Sawchuk said while watching the his 85-yard kickoff return on an iPad.

"Grant (Simmons) had a great fake. Throughout the week I’ve had Jordan Norwood there (to block). The only thing that goes through my mind is it kind of becomes instinctual, and I’m just trying to run and do what I can."

With 26 offers from Power-5 schools, Valor’s junior speedster has his pick of major programs.

"I’m having a lot of fun being able to talk with those coaches and building relationships," Sawchuk said. "So, it’s a blessing and its really fun just to be in this experience."

Where Gavin chooses to play his college football will come down to two things: handoffs and something he can carry with him the rest of his life, an education.

"I really like to focus on the books and even after a football career, because you don’t know when its going to end or how long it’s gonna be. You want to have something to fall back on," said Sawchuk, who is also an honor roll student.

His head football coach Donnie Yantis added: "He’s going to be very successful on the field, but he also understands its going to end at some point. So, he’s going to have something ready for himself when he’s done playing."

The decision will come sometime before Sawchuk’s senior year. Until then, he has his sights set on leading to the Eagles to another state title.

"Right now, I want to focus on the team. I want to make sure they get all of me and my mind (is) not somewhere else," Sawchuk said with a smile.

RELATED: No. 2 Valor Christian powers past No. 8 Ralston Valley