The star high school running back is expected to play in the secondary for the Cowboys. 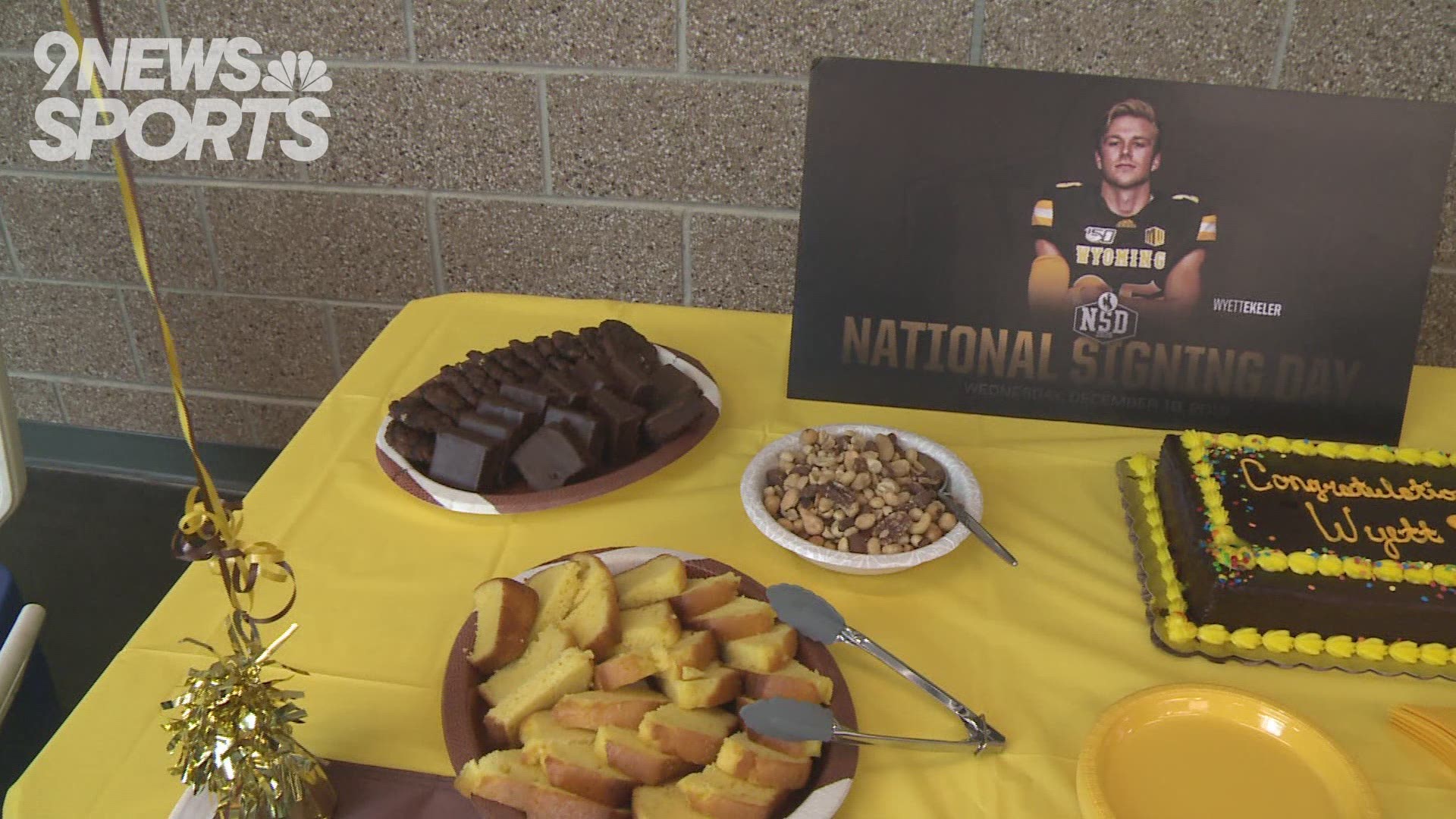 WINDSOR, Colo. — On Wednesday afternoon, Windsor's Wyett Ekeler made it official: He's headed to the University of Wyoming to continue his academics and football career.

Ekeler signed his letter of intent after verbally committing to the Pokes in October.

A star running back in high school, Ekeler is expected to play in the secondary for the Cowboys, with the team's official website listing him as a nickel back.

Watch the extended video above and see more on the 9NEWS Prep Rally this weekend.