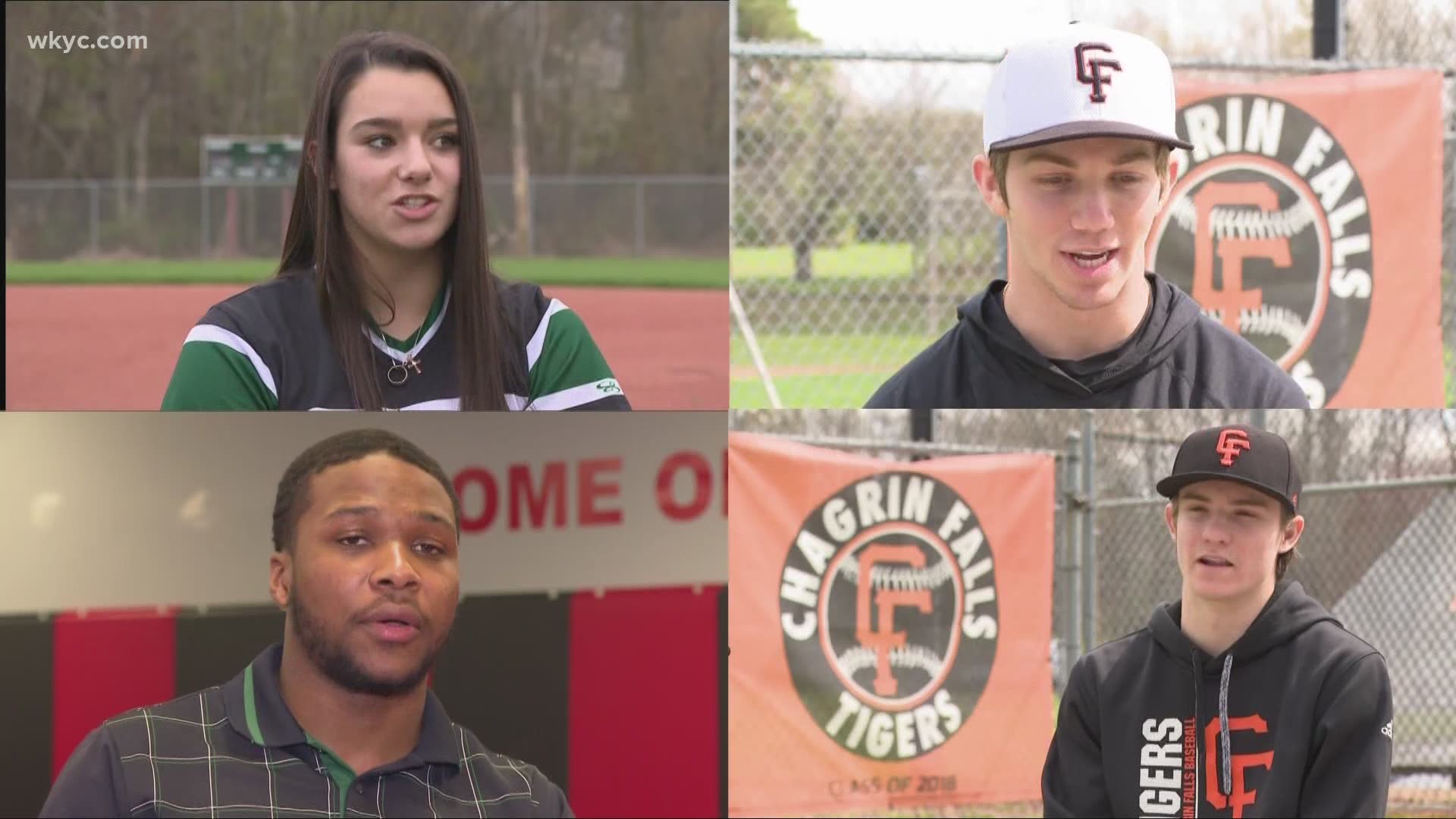 SHAKER HEIGHTS, Ohio — Not only has the coronavirus pandemic wiped out the rest of the academic year, but for four student-athletes from the Class of 2020, they lost perhaps their most memorable season: Senior year.

"I've devoted a lot of time towards this sport in general," Shaker Heights wrestler Najee Lockett said. "For me not to be able to be acclaimed with the title of a state champion is saddening."

Lockett actually had the opportunity to wrestle most of his senior season, and on top of that, was picked to win the state tournament at 160 pounds after finishing second just a year ago. Everything he worked for—cutting massive amounts of weight, training sacrificing—gone in a shocking instant, and he got the news while packing his bags to go to Columbus.

"I cried a lot," he admitted. "It's something really hard to process."

Najee is a 3.8 student who will continue his wresting career at Ivy League powerhouse Cornell. The future excites him, but he also realizes his ultimate goal will never be reached, and that may be the toughest match he'll grapple with going forward.

"I feel like, in a sense, I'm wrestling at the moment," he said. "I'm wrestling with the brutal reality that I'm not going to wrestle at states."

Kyle Zaluski and Hank Weiss were teammates on the Chagrin Falls baseball team, and both still have a difficult time putting into words how surreal it feels that their high school careers on the diamond are over.

"Sitting at home, not playing our senior year...it's just disappointing," Zaluski said. "It is what it is."

"It definitely hurts a little more to have it taken away, especially in my senior season," Weiss added.

When we met Aleese Angelo at the Aurora varsity softball field, the senior catcher was surprised to find the jersey numbers of every single senior on the team painted on the infield to commemorate them.

"Seeing this number, it's just...it means everything," she said.

For Aleese and her mom, Hollie, this is something they're still emotionally dealing with to this day.

"You work 12 years for this," Hollie said. "To not be able to have a graduation or prom...it's been a tough year."

"The Class of 2020 sounds so perfect, simply because it has that ring of perfection," Najee said. "Honestly, I'm saddened because I spent a lot of years awaiting this moment, for me to walk across the stage. For me not to be able to do that...it still hasn't hit me."

Part 2 of this story will air next week.