The Sun Devils capped off a perfect season with another state title. 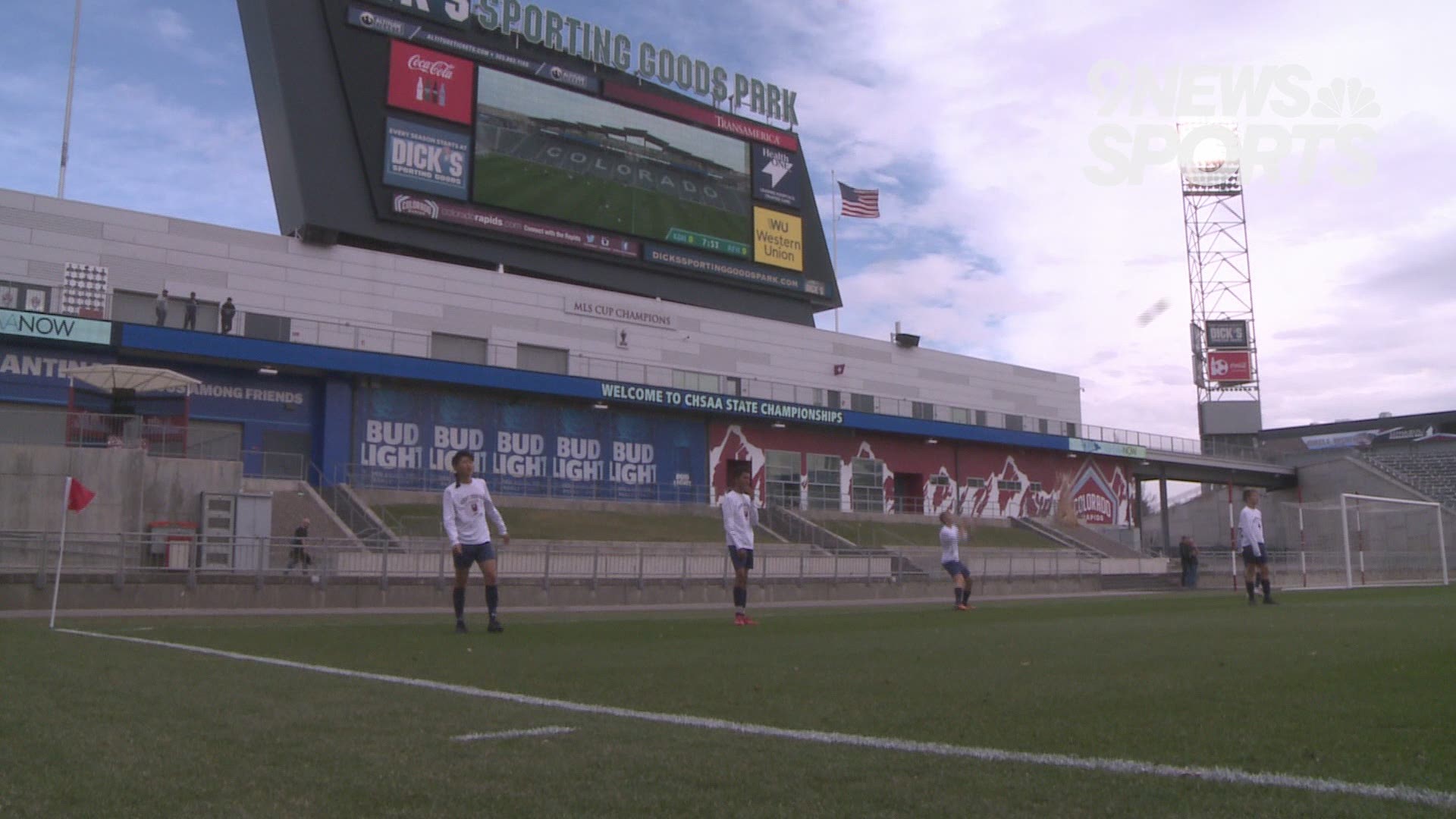 COMMERCE CITY, Colo. — Pace Billings knew one goal was all it would take.

Kent Denver just needed something to get it going. After a back-and-forth first half in the Class 3A state championship game against Roaring Fork, the Sun Devils had plenty of early chances but were unable to capitalize.

Then in the second half, Kent Denver's offense exploded with five goals to cruise to a title game victory, 5-0 over the Rams at Dick's Sporting Goods Park.

It is the program's second-straight championship, and fifth in the past six years.

"We've been a slow-starting team all year. But we always get that first goal and just pop off from there," said Billings, who had a hat trick in his final high school game.

"We just kept working and it finally came."

Max Hewitt and Layton Purchase then added one goal each of their own to help the Sun Devils defend their crown.

The win also capped off a perfect season for Kent Denver, which finishes an untouched 20-0 on the year. Roaring Fork finishes runner-up at 15-3-1 overall.

"It feels amazing," Billings said. "(The trophy) is where it belongs -- at Kent Denver."

Watch the extended video above and see the highlights on the 9NEWS Prep Rally Sunday morning.