Senior captain Robert Beserra scored with 37 seconds left to give the Demons their first championship. 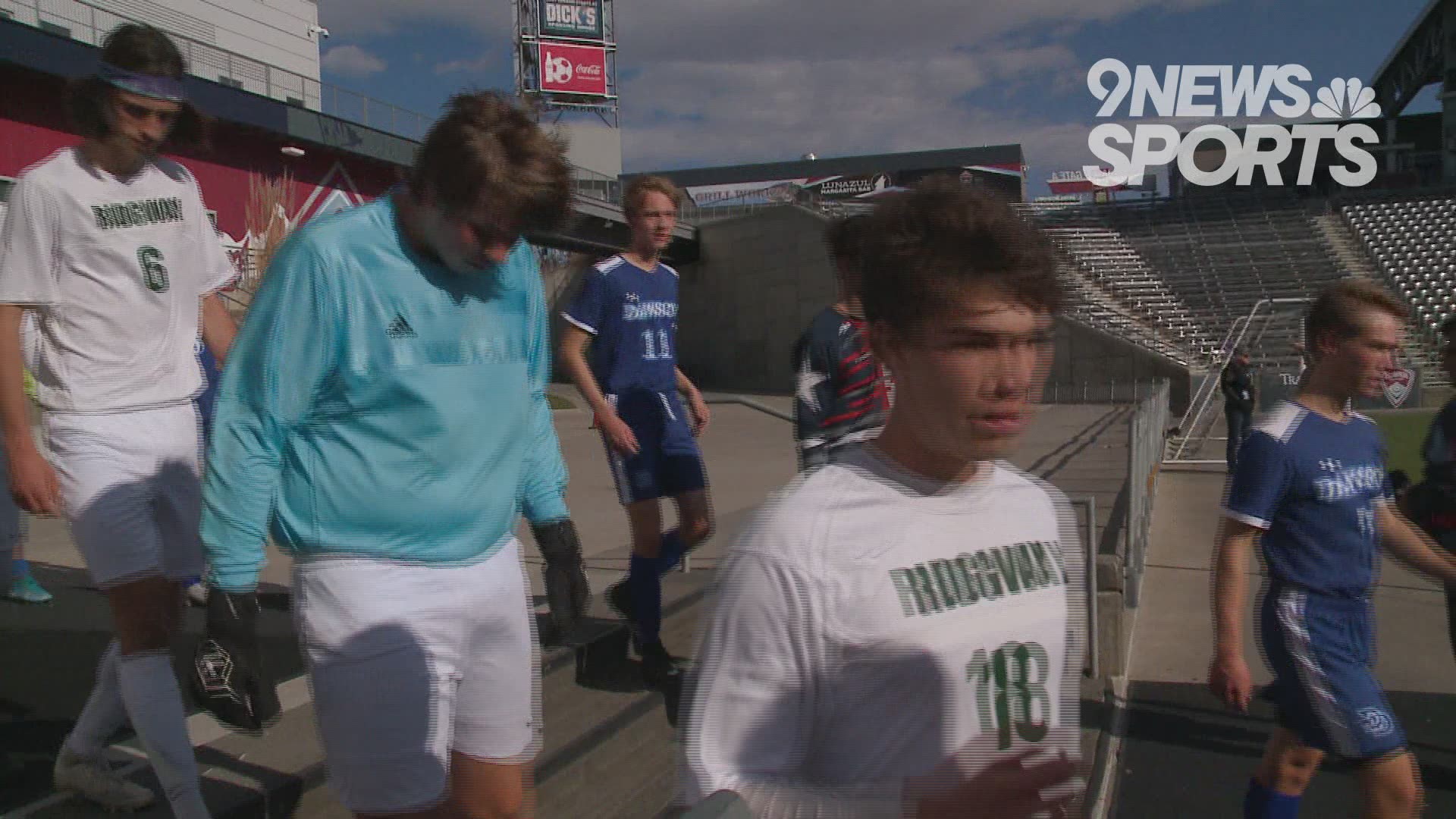 COMMERCE CITY, Colo. — The ball hung in the air for what seemed like forever.

When it finally came down, it took a bounce that Robert Beserra will never forget.

The Ridgway senior captain scored his second goal of the Class 2A soccer state title game with 37 seconds remaining in regulation -- derailing what seemed like certain overtime for a 2-1 win over Dawson School.

The match at Dick's Sporting Good Park was special for both programs, as the Mustangs hadn't advanced to the title game in 21 years while the Demons will make the six-hour bus ride home to the Western Slope with their first-ever championship trophy.

"I think I just woke up from a dream," Beserra said of his game-winner. "I was just like, 'I need my vert to come in handy right now' and it came in handy."

The Demons, who entered the playofs as a No. 10 seed, defeated higher-ranked teams in every game they played (No. 7 Lotus School, No. 2 and defending champion Crested Butte, No. 3 Fountain Valley and No. 4 Dawson School.

Ridgway finishes with a 12-3-3 overall record on its championship campaign.

Dawson School is runner-up at 12-4-2 overall. The Mustangs' lone goal was scored by Jesse Isenhart.