Legend softball shuts out Columbine to capture 5A softball championship

The Titans were dominant in the Class 5A state title game, shutting out Columbine 8-0 to win the championship. 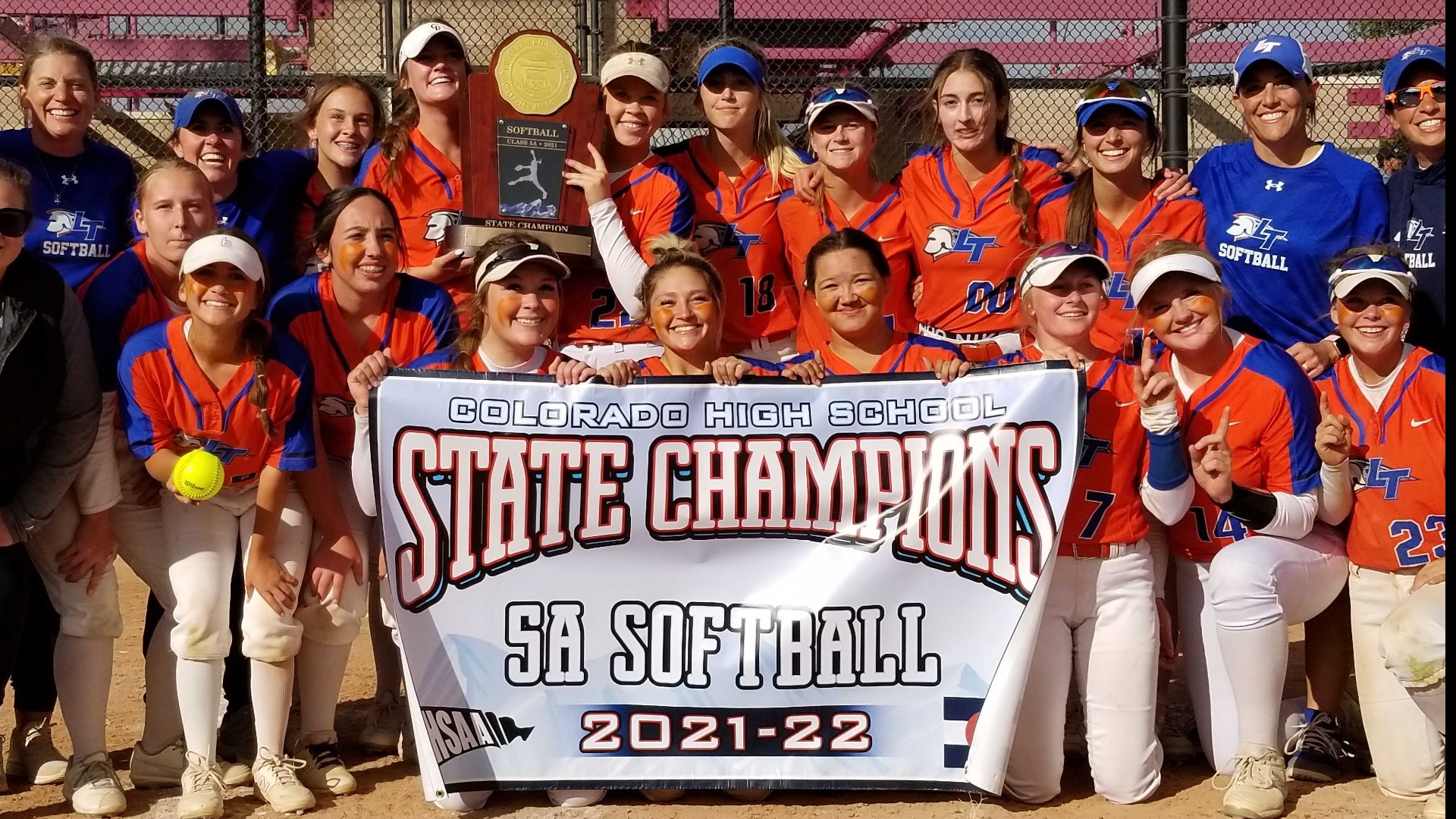 Legend was dominant in the Class 5A state title game at Aurora Sports Park on Saturday, shutting out Columbine 8-0 to win the championship.

After a few scoreless innings, the Titans broke the game open with three home runs in the fifth inning to bring home their first title since 2018.

"Thinking about it feels so far, but when you actually win it, it feels so close," said junior Cameron Ponich, the winning pitcher.

Legend ends the season with a 25-4 overall record, and had previously defeated Columbine earlier this season back in August.

"It was a tough game in the regular season. I knew we could do it again," junior Kaylynn English said. "But it was nerve-wracking until we started scoring."

RELATED: Roosevelt holds off Fort Morgan to win 9Preps Game of the Week