Legend's Bryce Vaz is shaping up for a comeback year 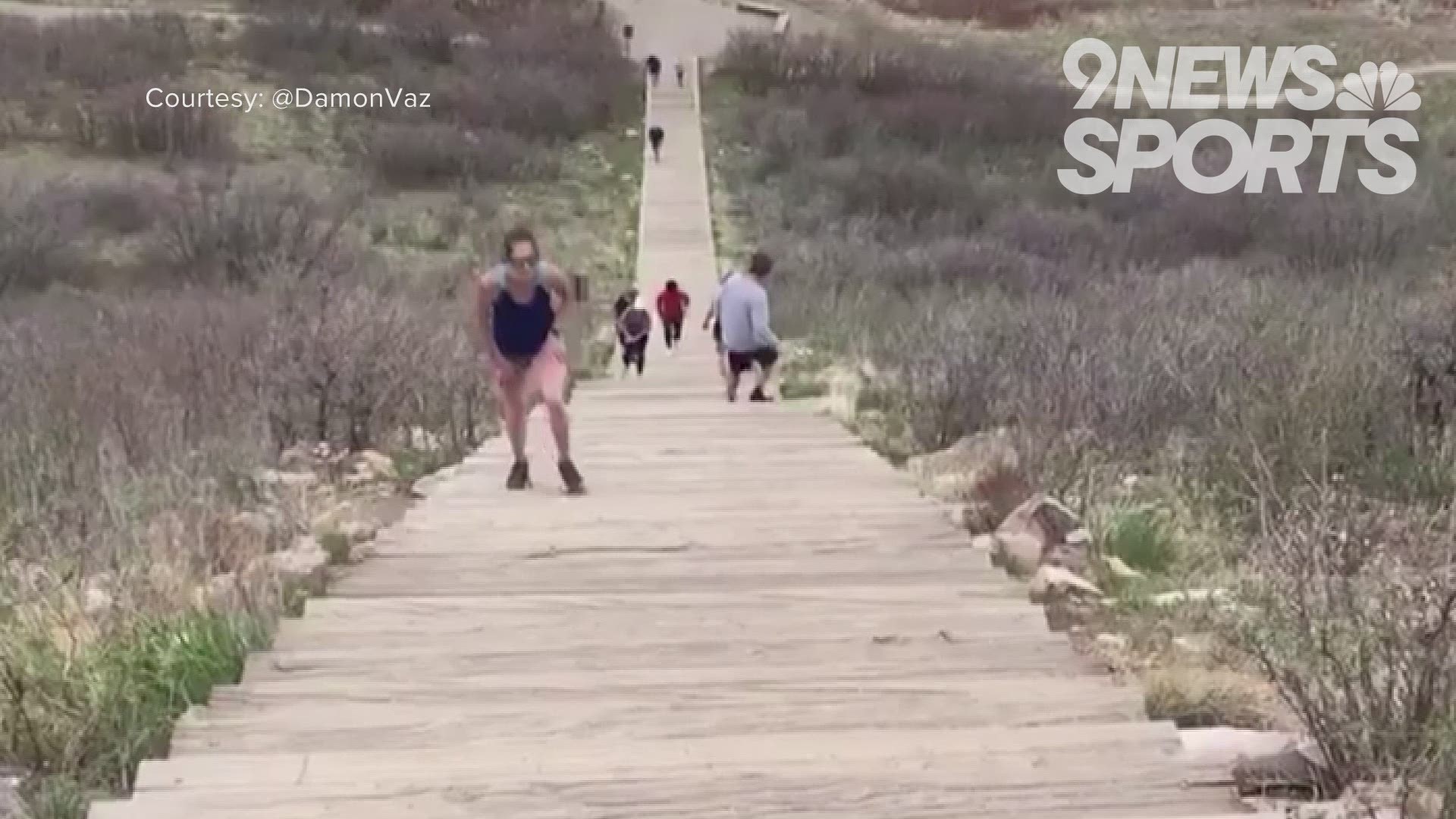 CASTLE ROCK, Colo. — Let me set the scene: you're out on a walk in Castle Rock's Philip S. Miller park, challenging yourself on a 200-step incline, and you see a young man taking the full hill in stride...never breaking pace for his 75-second ascend.

That's Bryce Vaz, who just finished his sophomore year at Legend High School. He's an offensive weapon, mastering both running back and wide receiver. Now, he's staying in shape just like the pros.

"I saw Von Miller do it, so I thought I would give it a try," he said.

After spending months under a stay-at-home order, Vaz was ready to stretch his legs a bit.

"Being isolated, I can't really go to the gym too much, so I thought this would be a pretty good workout. It's kind of like getting 200 lunges in, you know?"

While tens of people were struggling to take each step at a time, Vaz said it wasn't too much of a struggle until the very end.

There are three things he keeps in mind during every training session: things he can't change but can overcome, times he's been hurt and fought back, and the times he's felt slighted and chose a higher road.

Vaz was diagnosed with type one diabetes in 5th grade, but he hasn't let it affect his training.

"It's just made me a better overall athlete and a better person because it's made me stronger," he said. "The responsibility has made me appreciate life more."

The same could be said for the time he broke his arm and had to sit out of a football season.

The enormous chip on his shoulder, however, comes from his freshman year of high school. Vaz started his year at Valor Christian High School and didn't make the varsity roster. After a year on the Valor JV squad, he transferred to Legend High School, where he would surely be a varsity player his sophomore season, had there not been a transfer rule in place. CHSAA requires all transfers to sit out of varsity sports for 365 days after transferring, to ensure fairness.

Last season, Vaz shined on the Legend JV team and waited patiently for his time in the varsity spotlight.

"I know I can do it because I have the talent, but I'm putting in the work because talent can only take you so far."