With Mapleton Public Schools still sidelined from all athletic activity, the Skyview girls wrestling team is forced to grapple elsewhere. 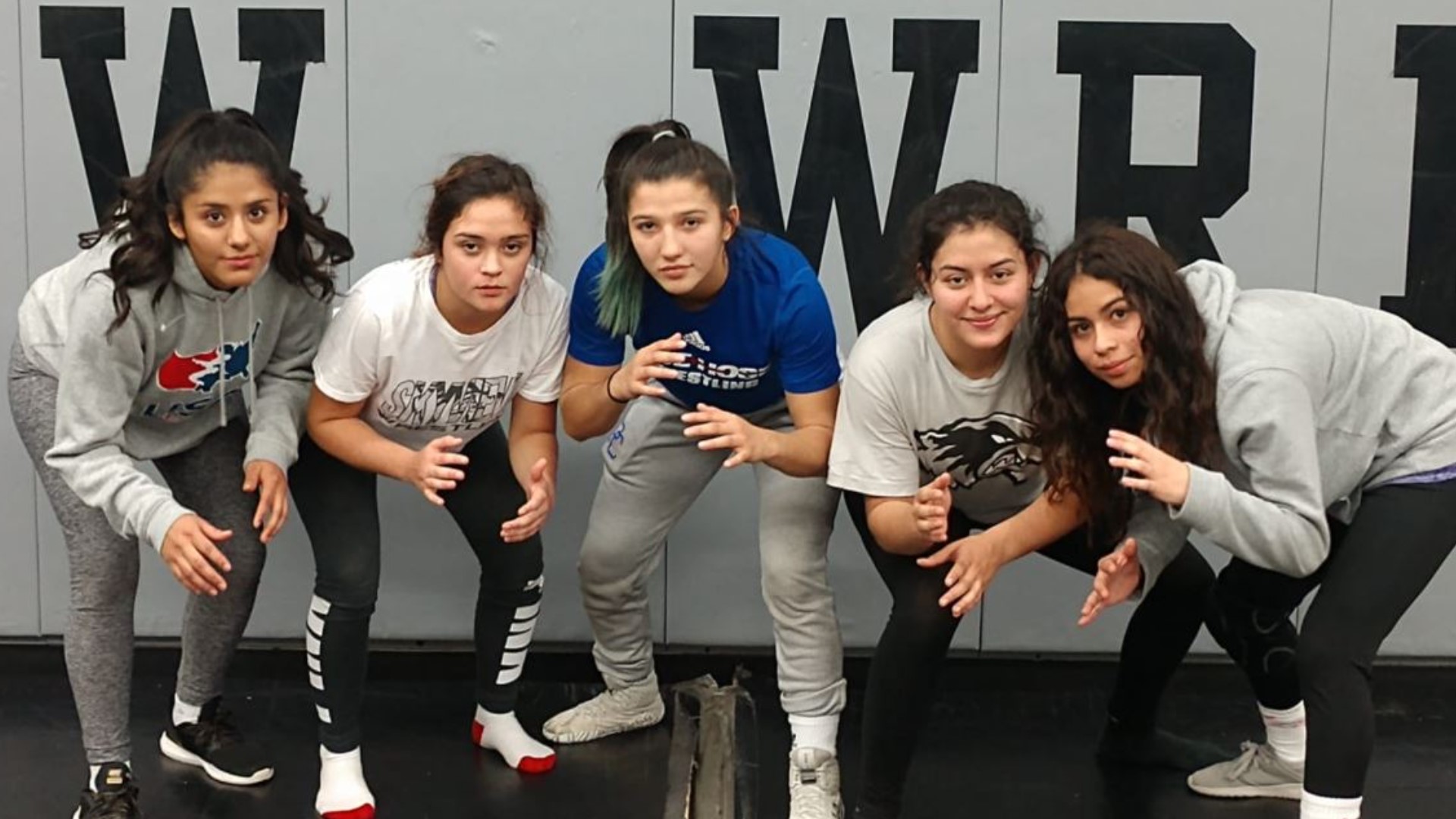 THORNTON, Colo. — A second high school athletics and activities season is about to tip off around the state, but Mapleton Public Schools has decided to punt yet again. The district chose not to start any activities in August, when most schools began CHSAA Season A.

"We look at the metrics now, and the metrics now are very similar to what they were in August," said Dave Sauer, the Chief Operating Officer of Mapleton Schools.

Those metrics include positivity rate and infection rate inside of the Tri-County area.

Season B would have been the first official year for girls wrestling as a CHSAA -sanctioned sport. Skyview senior Paula Cerros said this means more to them than just pins and losses.

"A lot of our students, they're not raised in the best situations, so participating in sports is our getaway," she said.

Cerros is now taking her talents to nearby Riverdale Ridge, to compete in the 111-pound class for the fourth year. She said participating at other schools is a hardship for many Skyview students.

"A lot of us can't afford to pay that money," she said.

The athletic fees for their own school average around $35, while participating at other schools can range from $100-$250, she said. The biggest hardship is the transportation, which is not included from their school. Riverdale Ridge is roughly a 25 minute commute for Cerros, who does have a car, but others on her team aren't so lucky.

There's also the consideration of cross-contamination while playing sports at other schools.

The Skyview community is made up of seven high schools. Each school consists of different cohorts for in-person learning. Going to different schools can greatly influence their exposure.

Sauer and the administration disagree with that logic.

Cerros said it's worth that risk to be a part of something special.

"It's a risk to be wrestling, but it's something that I'd like to do for my last year," she said. "To wrestle for my high school as an official sport, it's kind of like making history, you know, and I'd love to participate in that for my school."