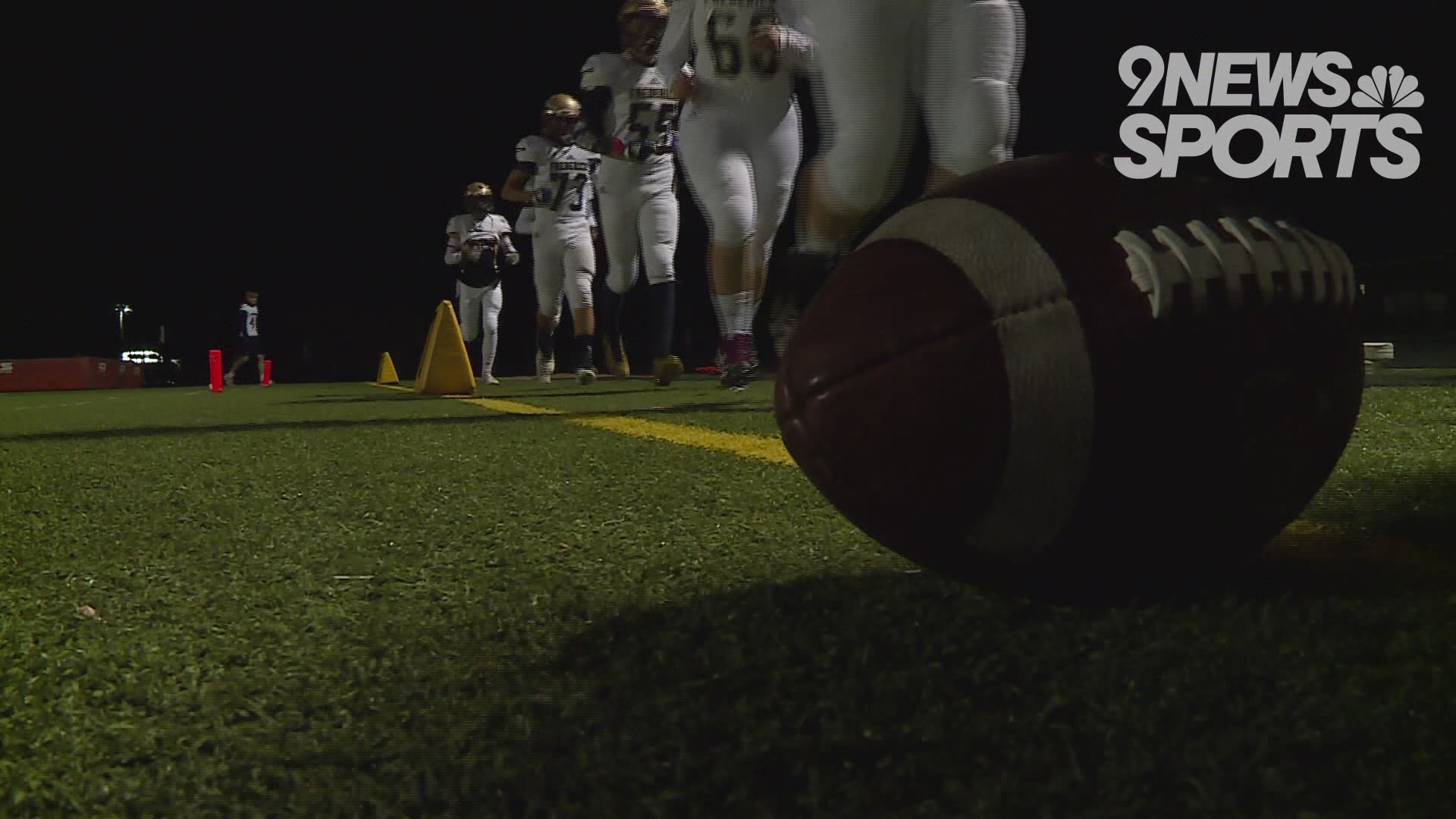 MEAD, Colo. — With only four fall sports getting the green light to continue in 2020, Mead High School found itself with a lot of extra athletes on its hands. The school has never fielded a boys tennis team before, but why not start now?

"It was definitely spur of the moment," Nathan Bailey said. "Our first practice was last week and we only decided to have a boys tennis team a few days before that."

Ben Holskin, the head coach of the Mead girls tennis team, volunteered to coach this ragtag group of guys. It's mostly made up of the football team, like Bailey and his senior teammate Brayden Keys.

The team started as a group text between friends and football teammates. Porter Easton galvanized his group of disappointed players and convinced them to make some lemonade out of their pandemic-stricken lemons.

"It just shows what Mead is all about," Bailey said. "You know, we may be in a bad situation where we don't get to play football right now, but we see the positives in the situation and we decided to come out with a new sport because that's what we do."

Their new sport is actually helping them develop skills for their primary one.

"The getting your feet down and moving across the court fast is a lot like football," Keys said.

Bailey couldn't compare much of the physicality of the two sports, but said the mental side of tennis is unlike anything he's ever experienced.

"There is the mental aspect because you know, it's you against them and whoever is stronger mentally will win."

The two are definitely flexing those mental muscles. While a tennis state championship may not necessarily be on the horizon, they're just happy to be competitive again.

"You know, it just feels great to wake up this morning and to think, 'I have a game today!' or a match today," Bailey said.

It also doesn't hurt to learn a new skill that they can keep with them for the rest of their lives.

"Tennis is a lifetime sport, so I'll definitely play as I get older and I can't play the super hard sports like football or basketball and stuff like that," Bailey said.

Keys struggled to compare his newfound appreciation for tennis with his disappointment in the football season postponement, but understood that the two things don't have to be mutually exclusive.

"I look up at the stands and miss it sometimes. I mean, we'll get there someday," he said. "I never thought I'd be out here because nothing comes before football, but once I got out here, I'm glad I got the chance to do this."

RELATED: Mead moves past Silver Creek in 4A boys Sweet 16