Monarch senior Mia Manson aimed to pole vault 13'9" during her final season before it was canceled. Her brother and father were both CHSAA pole vault record-holders. 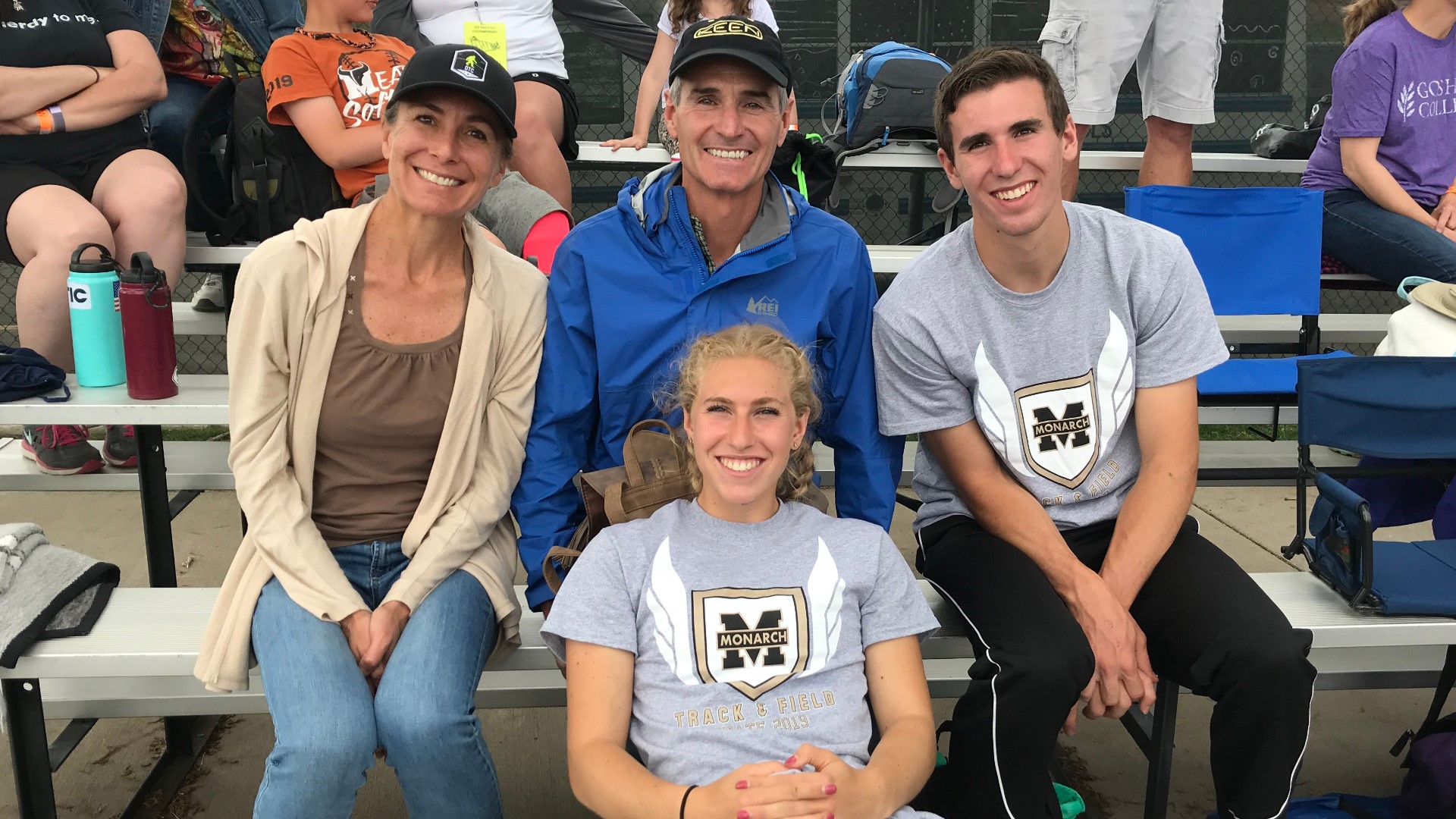 She's jumped close to that in the indoor season and in summer competitions, reaching a personal best of 13 feet 7 inches. However, she wasn't pleased until her name was next to the official CSHAA state record, since records are a family tradition.

You need to look back at the 1986 season to first find a young Pat Manson vaulting 17 feet 3 inches for Aurora Central.

"We got to the state meet and it was actually a little rainy and cool and I didn't know if I was going to get to jump high there and I was able to get over that bar that stood until...that guy," he said, gesturing to his son next to him.

Pat Manson won three gold medals at the Pan American games in 1991, 1995, and 1997, as well as finishing as well as sixth in the World Championships in 1997. He's been coaching his kids and other pole vaulters more recently.

But it was. Fast forward to the spring of 2019, and it was Max Manson's turn to make history once again. This time, the bar was set only a half inch higher.

"I had that bar in my mind for a long time and I had been just watching the people my dad was coaching take tries at it," Max said. "It was just really cool to finally get there and everything dialed in and everything went well. It was a fun day."

Mia's chance of setting a state record was diminished after the cancellation of the CHSAA spring season due to COVID-19. However, she did bring home a Junior Olympic medal last summer, propelling her into the international spotlight.

"Jumping at the Junior Olympics and jumping above 13 feet again for the first time in a while was so much fun," she said. "I actually ended up winning too, which was a big bonus."

It was a big win for the whole family, especially for her coach and father Pat.

"The parent/coach, doing both of them, has been really different," he said. "Both of them are really good athletes to coach and we're able to be coach and athlete at the track, and when we get home, we take that hat off."

While Amy Manson tries to call herself the 'snack mom' when it comes to vaulting, she's actually one of the best track stars in the family. Amy qualified for the Olympic Trials three times before becoming a youth track coach and working with the Positive Coaching Alliance. As a coach who focuses her attention equally on building character as well as building athletes, Amy ensures her own children are doing it for the right reasons.

Max is already a freshman jumper at Stanford and Mia will be heading off to Michigan to join their track and field team in the fall. The journey may lead as far as Olympic Trials for the kids later this year, but for now, the Mansons are just enjoying the ride as a family.