Ponderosa head coach Jaron Cohen organized a free football combine open to all seniors in Colorado, with help from Mullen's Jeremy Bennett and other partners. 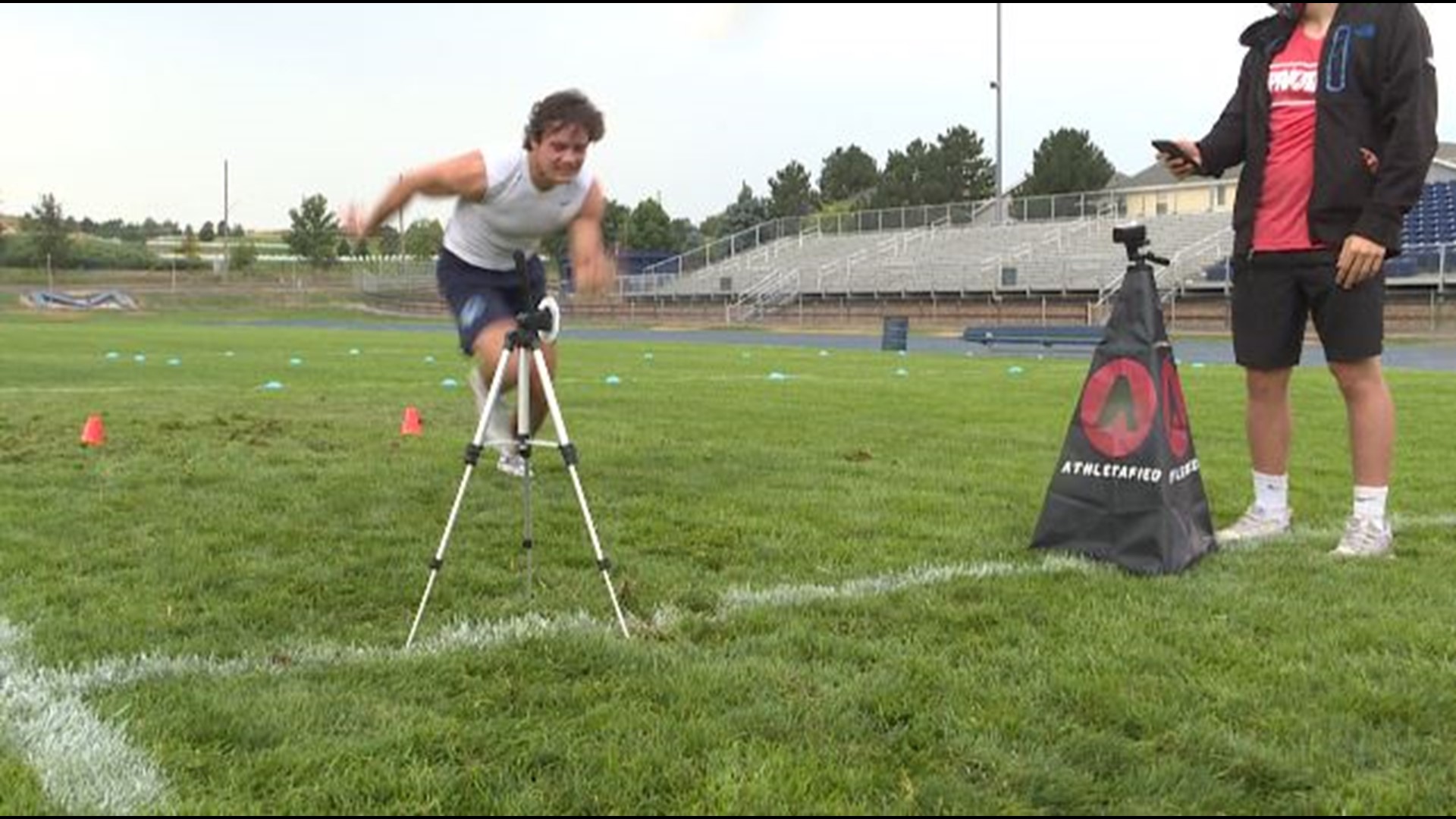 DENVER — No fall football means the clock is running out for seniors to earn college scholarships.

"There's a lot of camps that were canceled over the summer, so it was really hard for us to get out there and show coaches what we could do, and it's really hard to get recruited off of just film," Ponderosa senior Bode Jensen said.

The lack of in-person scouting this spring and summer proved to have a negative impact on their recruitment. Jensen has only received one NAIA offer, while his teammate and quarterback Jack Hanenburg has only seen a Division II offer

"It's a great opportunity I have but I'm looking to go somewhere bigger, if I can," Hanenburg said.

"You always want more," he said. You want bigger for yourself. You don't just want to settle for one little thing."

Their head coach Jaron Cohen saw a need for seniors to get verifiable times, so he organized a grassroots task force.

"We have a tremendous strength coach in Patrick Nolan at Ponderosa, who has Pivotal, and he has some connections," Cohen said.

Nolan is the owner of Pivotal Sports Performance in Parker. Through his aforementioned connections, he partnered with Matt Logston of Athletafied, an app-based service for verified test data.

"Colleges require accurate, verified data," Logston said. "The first thing they do when they get here is the height, weight, and the wingspan. From there, they do the on-field testing, which is a 40-yard-dash with a 10-yard split, a broad jump, a vertical jump, and the pro-agility shuttle. Then they can get all of the results right on their phones and share it with their high school coach, trainer, or college coaches."

The plan was set, but there was still just one more snag.

"It was an issue getting a stadium in Douglas County, so I reached out to Jeremy [Bennett], who I've known for years, who was more than happy to have us here at his facility."

And thus the partnership was born. Mullen Head Coach Jeremy Bennett said it was a no-brainer.

"It's for the mental health of the kids, right. we've got a lot of stress-factors right now with 'am i going to be seen?' or 'are college coaches even going to have money?'"

The two coaches wanted to take one burden off of the student-athletes' shoulders.

"I think I can speak for Jeremy that we're in high school coaching not for the money, we're in to hopefully make a positive impact," Cohen said. "I think just in terms of being fair and being equitable to the student-athletes in Colorado, doing it for free is the right thing to do."

A free combine is hard to come by. Green Mountain senior Allen Ortiz said he was shocked that this opportunity was both complimentary and open to all seniors in the state.

"Not a lot of people are able to afford the big combines.  Here, there's probably going to be a lot of kids because it's free and good competition."

He was right. More than 140 athletes signed up from all over Colorado. that was exactly what Cohen and Bennett were hoping for.

"The football community is a tight-knit fraternity and it doesn't matter if you're a Ponderosa Mustang or a Mullen Mustang, it's about coming together for kids. That's why Coach Cohen and I are in this."