Ogden twins are revving up the motocross rankings 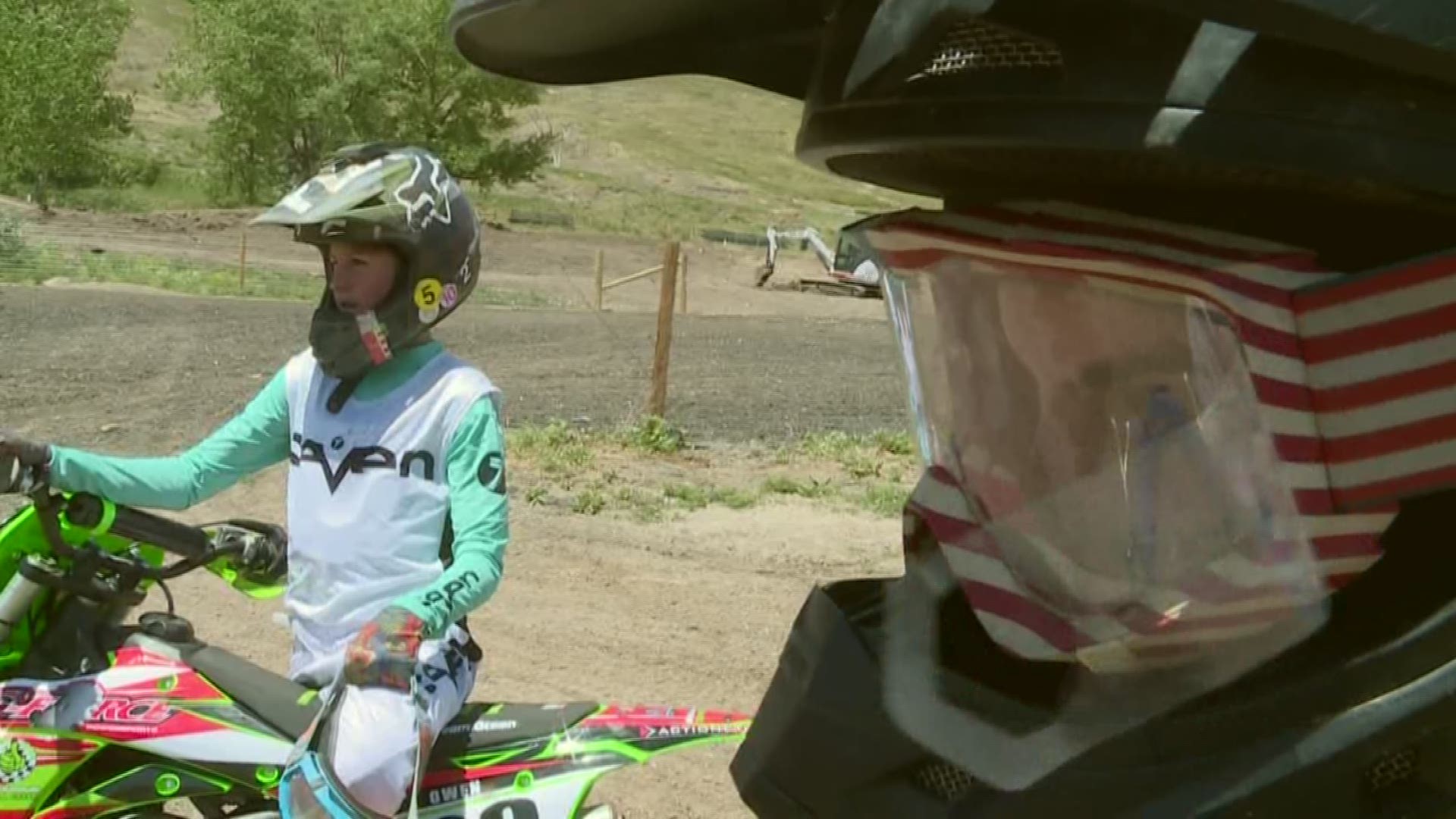 MORRISON — It's not uncommon to find siblings who grow up playing the same sport. With twins, it's almost a given. So really, it shouldn't have come as a surprise the Ogden twins of Golden would end up competing side-by-side -- even as boy-girl twins.

Owen and Ellie Ogden have a passion for speed, which is probably how they ended up in the competitive motocross world. The Golden High School sophomores each rank in the Rocky Mountain Motocross Association Top 5 for their age groups. Owen, who's older than his sister by a couple of minutes, is listed in the top 200 in the country, while Ellie is 11th in the nation on the girls' side (she's also ranked Top 10 in the Rocky Mountain Motocross Association boys' division).

"I really just like all of the pressure it puts on me," Ellie said. "It motivates me, because when you're successful, it makes you feel good about yourself. It's very competitive. Not a lot of people do it,not a lot of girls, especially."

The twins' dad, Matt Ogden, was a professional motocross rider. Even though mom Meagan was a little hesitant letting them get into the sport, it was all over once Santa brought their first bikes.

"I originally saw a film of Travis Pastrana doing freestyle motocross," Owen said. "I thought it was super cool [and I] just wanted to try riding a dirt bike. We came here [to Thunder Valley] and tried it out, and I've just been hooked since."

"I was a few years after [Owen], I probably started around age six," Ellie said. "Being a girl, it's kind of scary to start like that, so I just followed after my brother."

Together, the Ogdens have found a way to shift gears between school mode and motocross. Both were members of the Demons' lacrosse teams their freshmen years.

"Normally when we're doing school sports, we have to focus on them during the week, and then focus on our school work and make sure we have good grades," Owen said. "On the weekends, we try as hard as we can to be able to train and race."

"After lacrosse practice, we always try to come out here [to Thunder Valley] and get a couple of hours riding," Ellie said. "Otherwise it's pretty busy with lacrosse."

That is no easy feat, when you consider just how far their competitions take them. Nearly every weekend, the family road trips with their equipment to dirt tracks across the country, including Texas, Nevada, Wyoming, California and Illinois. Owen and Ellie agree, it's nice having a twin to share the experience.

"We hang out all the time," Owen said of his twin sister. "We always talk to each other at the track, we talk about what lines we're riding," Owen said. "We're basically best friends most of the time."

Most of the time meaning -- when they're not racing one another. Both admit to being incredibly competitive (like any siblings, let's be real), but it has pushed them to grow and improve in the sport.

"He's faster than me," Ellie said of her brother with a laugh, "but we're pretty close and I'm catching up to him. It's just fun to ride with him and get to learn from him."