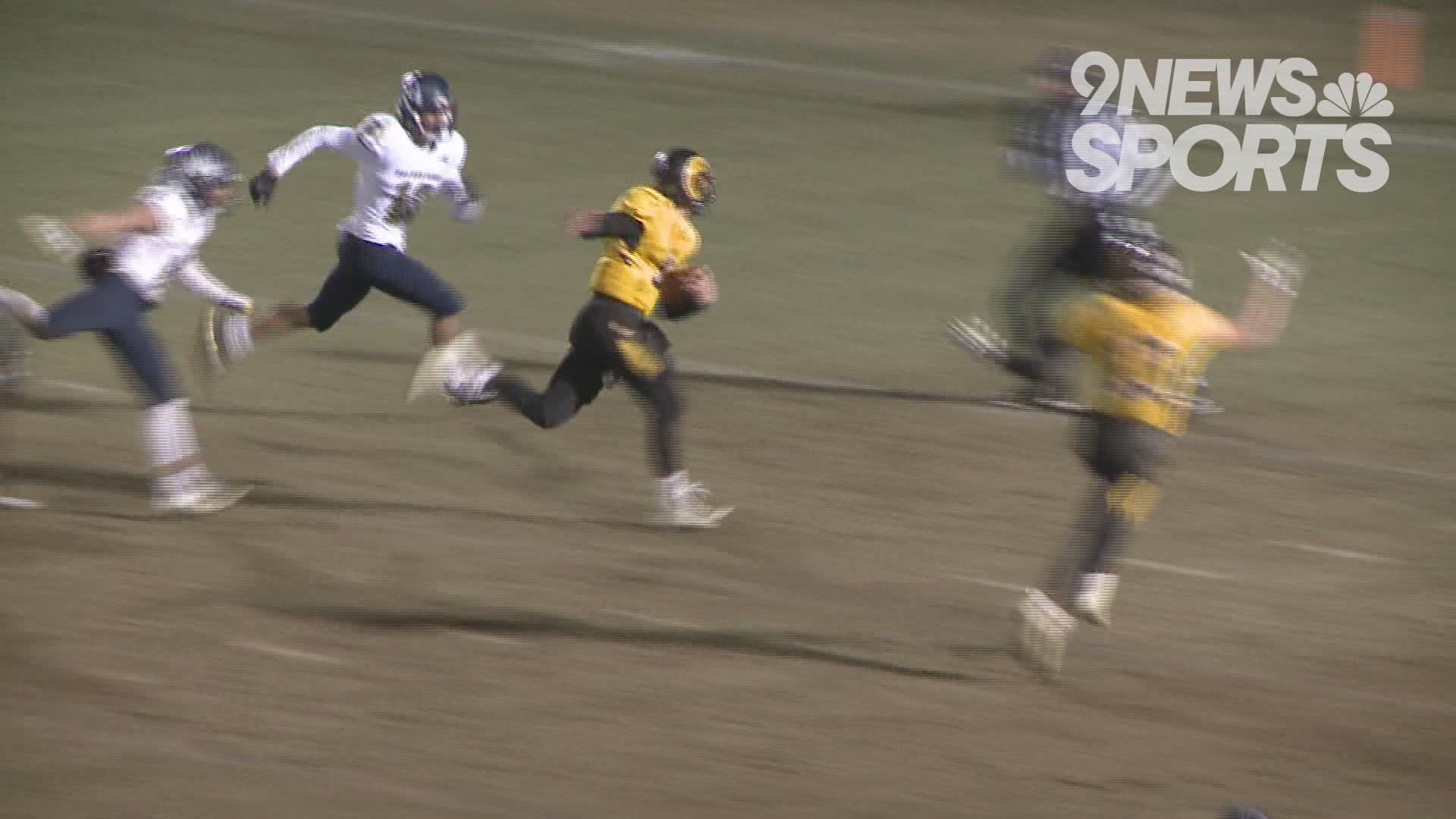 At No. 5, Limon's Kory Tacha catches a pass, then throws a stiff-arm and he's gone for 75-yards and the touchdown. He helped the Badgers repeat as Class 1A state champions.

Snow game alert! Ralston Valley's Caleb Rillos goes way up to snag a touchdown pass from quarterback Walker Brickle in their 5A semifinal game against Columbine.

No. 3 is in the final four seconds. Broomfield was trailing by 1 when kicker Matthew Eich sends the Eagles into the championship game with his 25-yard walk-off field goal to win the 4A semifinal against Dakota Ridge.

In our No. 2 play, Pomona was in desperation mode in the 5A semifinals, while Cherry Creek was in defense mode. A Panthers pass gets tipped by Dade Bissell and John Adams picks it off to seal the victory.

Another tip and pick for our top play. Sterling's Ryan Wecker tips it at the line and Drew Book finishes the story! He takes it 65 yards to the house on the pick-six that lead the Tigers to the first football title in program history.

VOTE for your favorite play below.