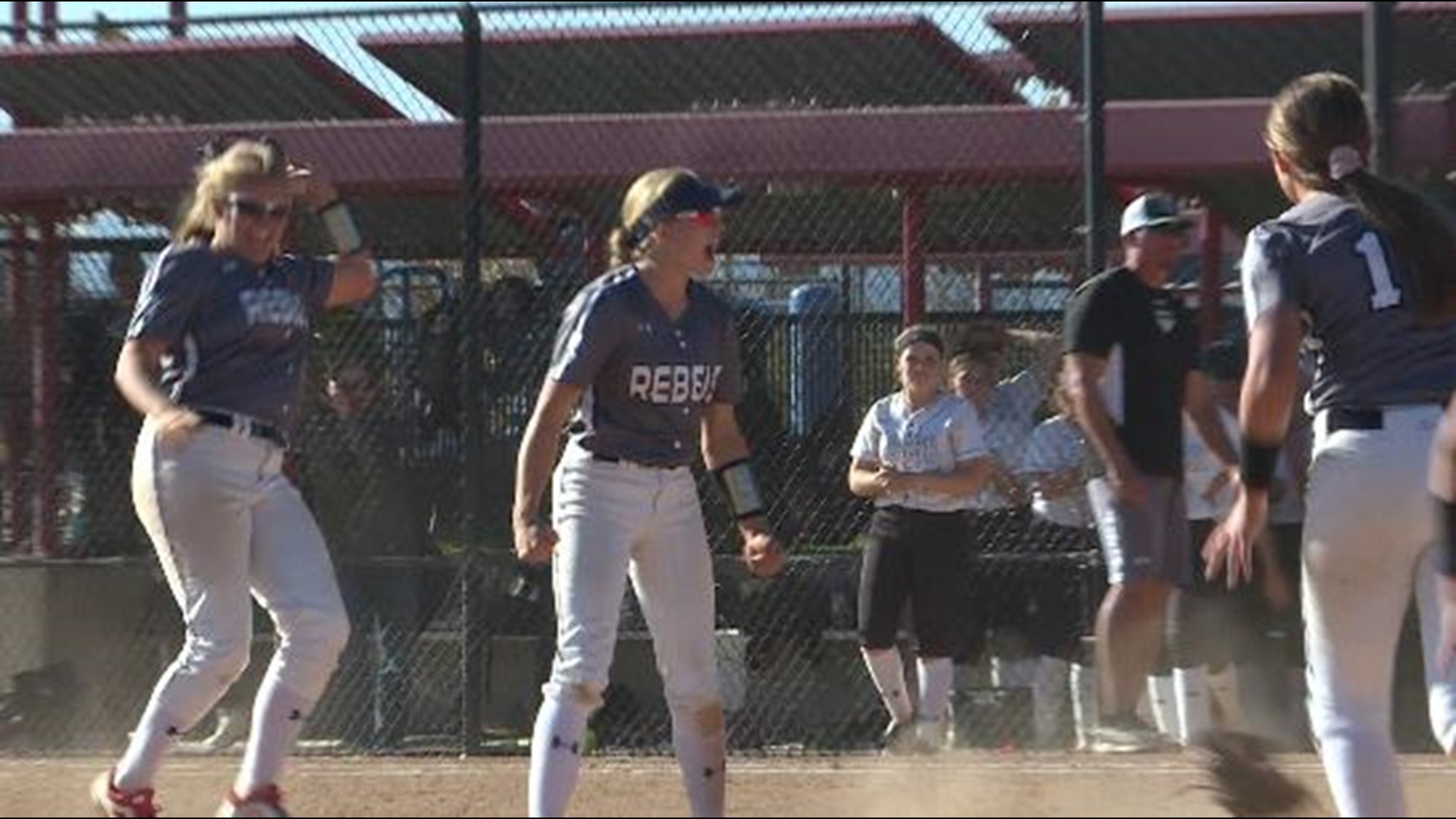 DENVER — This week's honor roll starts on the pitch. Regis and Castle View in overtime. Brendan O'tool puts it ahead for Casey McCloskey--and that's in the back of the net for the game-winner! Regis wins the league title.

It's a hands-on play for our number four candidate. Poudre's Dante Davis goes up high to find the ball and does his best Odell Beckham Jr impression with the one-handed grab!

Our number three play is a final one. Columine's Korbe Otis gets the final strikeout, one of her 13 of the game, to lead the Rebels to its first softball title in team history. Otis also notched 300 strikeouts on the season, good for third in the nation.

Sticking with the diamond for our number two play The Erie Tigers were tied with Golden in extras of their state title game. Madysun Vaughan shatters the game open with a two-run shot and the championship winner.

Our number one play is a record breaker. Fairview quarterback Aiden Atkinson fires deep to find Grant Page for career touchdown number 114, the most of any QB in state history. Atkinson would finish the game with eight touchdowns, to raise his total to 120.

If you're having trouble seeing the poll, click here.