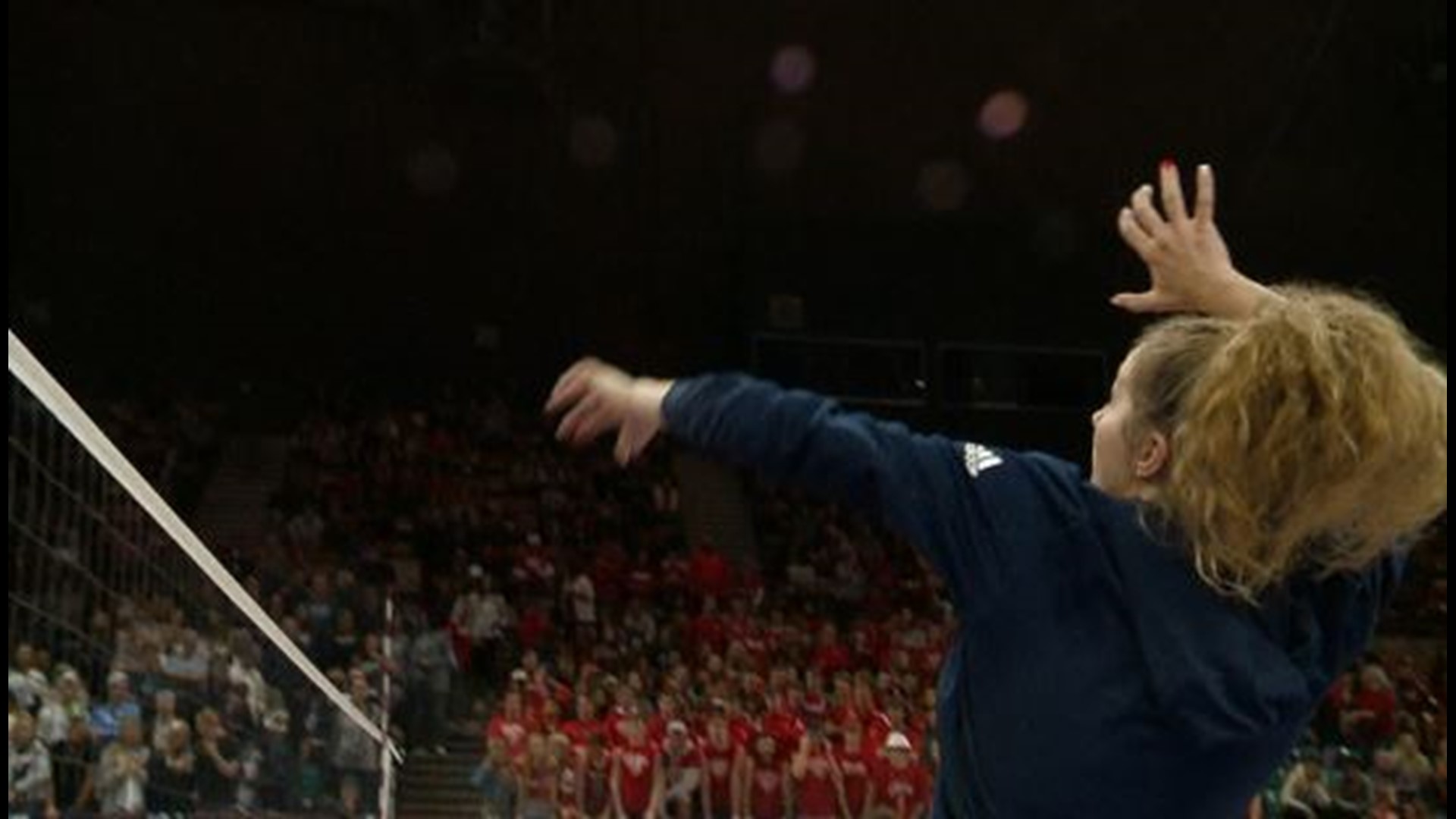 DENVER — Our fifth play gives credit to the keeper. Kent Denver goalie Joey Waldbaum makes an initial save out of the box, drops it, and grabs the second attempt to keep his team alive.

To the courts for our fourth play. Sterling seeking a 3A volleyball championship on this final play. Valarie Allen puts it right through the hands of the blocker for the match winner!

Number three is a one-hander. Cherry Creek's Chase Penry goes to the corner, sticks one hand out, and reels in the touchdown.

Number two is a game-changer. Vista Peak ready to punt, but Heritage has other plans. It's blocked by a flock of Eagles! Erik Olsen fields it out of the air and takes it to the house.

The top play brings us back to the pitch in the 5A finals. Gustavo Gutierrez lines up for the penalty kick. His first attempt is saved, but he traps his own ball and sends it to the left corner for the game-winner!