The Raiders avenged their season-ending loss to the Eagles in the Frozen Four with a 3-0 victory Friday night. 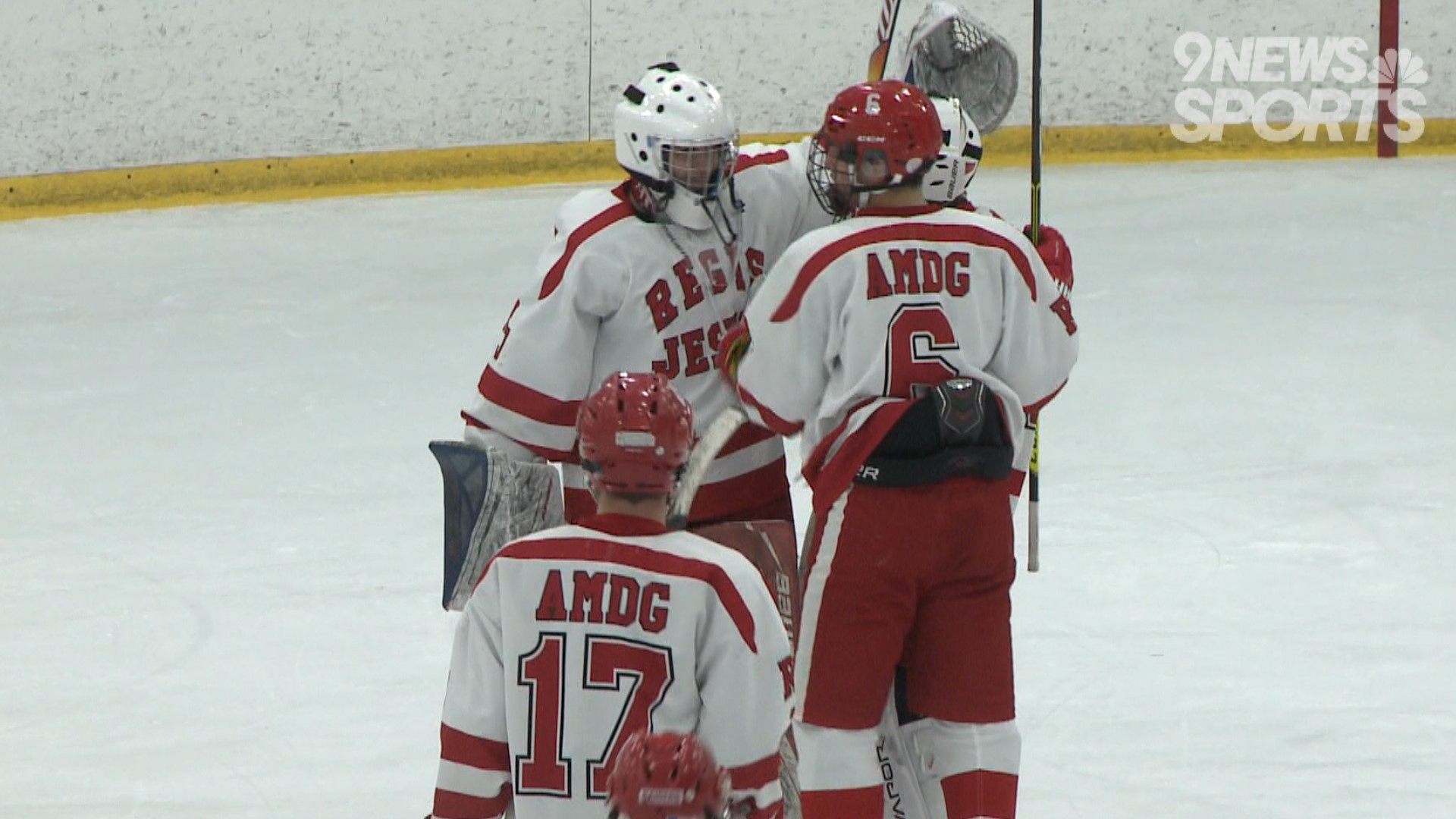 ENGLEWOOD, Colo. — The Regis Jesuit hockey team had been waiting for this game for nearly a year.

The Raiders' season ended last March in a Frozen Four defeat to Valor Christian, which went on to win the 2020 state championship. And on Friday night at Family Sports Center, they finally got the chance to avenge that crushing loss.

Regis Jesuit, which is No. 3 in Class 5A in the CHSAA rankings, did just that by shutting out No. 2 Valor Christian, 3-0.

"Big-time revenge, it's all we wanted," said junior goaltender Gage Bussey, who recorded the shutout in net. "It all just piled over (from last year) and they couldn't do anything about it."

The Raiders acted swiftly, scoring less than two minutes into the game on a one-timer slap shot from junior Robbie Dembeck. They added to their lead midway through the second period when junior Sean Holloway found the back of the net.

The dagger was delivered by junior Andrew Gleason, who scored an empty-net goal in the final minute.

Regis Jesuit improves to 2-0 on the season while Valor Christian falls to 1-1.

FINAL: @RJHSHockey avenges its season-ending loss to @govalorhockey in 2020 with a 3-0 win over the Eagles in tonight's rematch #9sports #copreps @CHSAA pic.twitter.com/iQzVsMdJTP