No. 2 Rock Canyon softball shuts out No. 4 Columbine 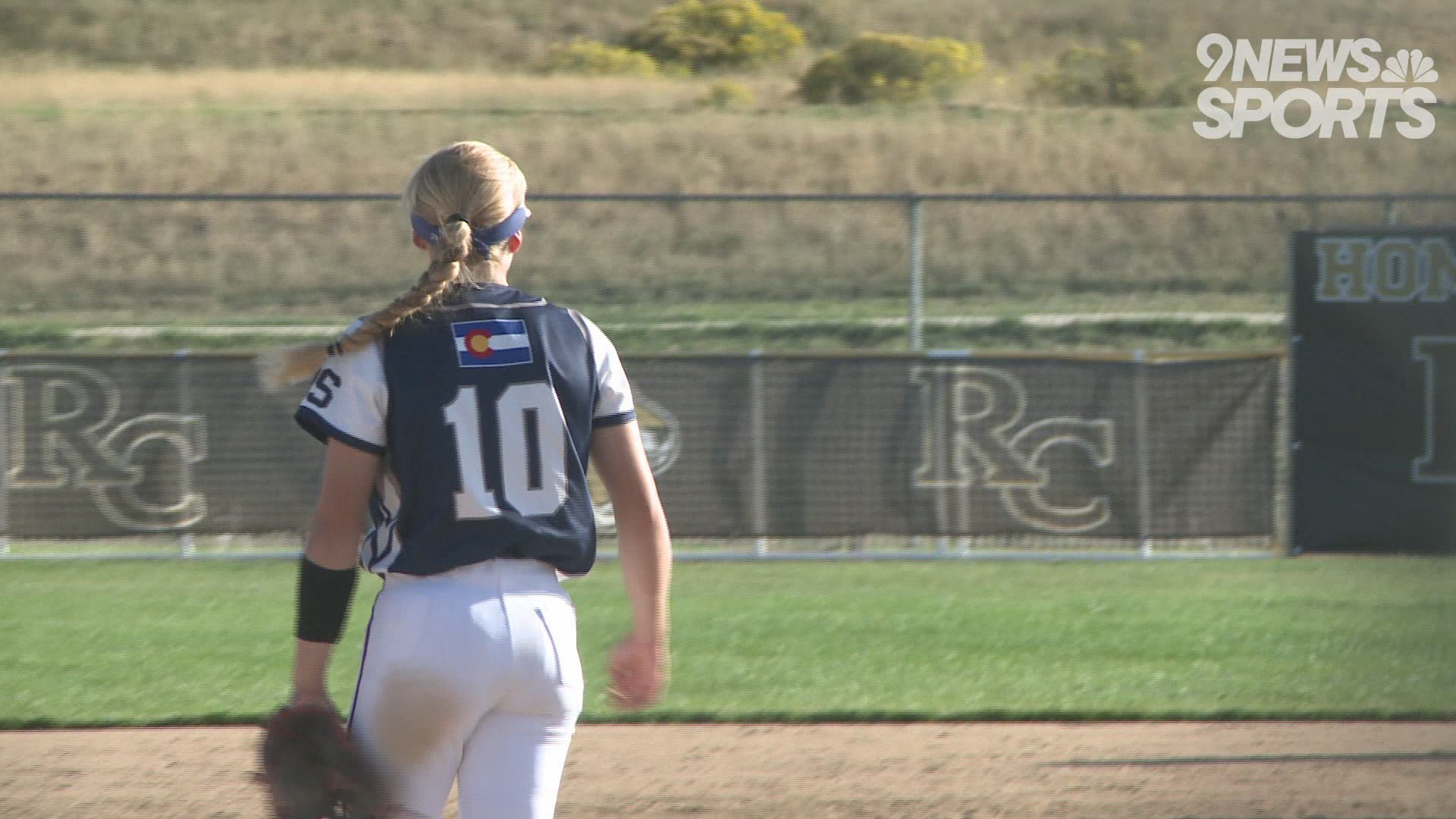 LONE TREE, Colo. — Annika Sprauge had been waiting patiently, but she knew this was her year to get her first home run as a high school softball player.

It happened Tuesday afternoon as her Rock Canyon Jaguars, who are ranked No. 2 in Class 5A, shut out No. 4 Columbine 3-0 in a clash of softball powerhouses.

"After my first at-bat, I knew I had to be more aggressive -- so I just went in there swinging," the junior infielder said. "I honestly didn't think it went over (the fence), and then I looked at the home-plate umpire and he was waving in the air. It felt really good."

Rock Canyon improved to 12-1 on the season with Tuesday's win. The Jaguars have fallen only to No. 1 Chatfield.

Columbine (14-1) suffered its first loss of the season despite an impressive pitching performance by Korbe Otis.