Lucas Schulte won the individual state title and helped the Eagles capture the 5A team title. 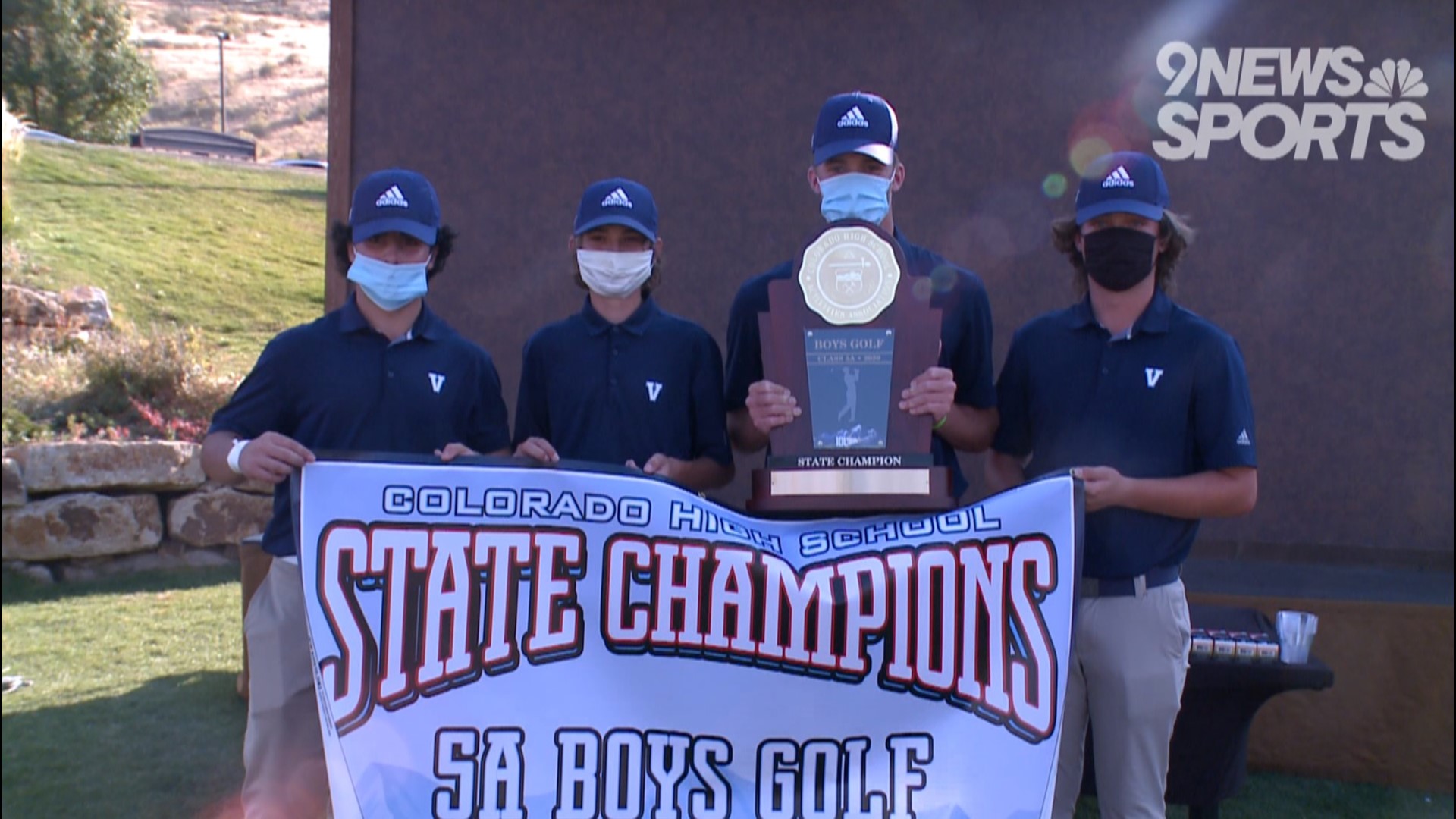 GOLDEN, Colo. — A strong finish from senior Lucas Schulte led to championship titles at the 2020 Class 5A boys golf state championships at The Club at Rolling Hills on Tuesday.

Schulte sank an eagle putt on the final hole of the two-day tournament to capture the individual championship at 2-over par.

He also helped power the Eagles to the team title, edging out runner-up Arapahoe.

"This was my first year that I was really capable to win something big," Schulte said. "I had a feeling this summer something big was going to happen. I didn't know it was going to come down to the last (putt), but it's special it did."

The team championship is the sixth in Valor Christian's program history, but first since the Eagles moved up to Class 5A. Valor had most recently captured the 4A title in 2015.

"I was getting awfully choked up after Lucas made the putt on No. 18," Valor Christian coach Justen Byler said. "It was a special moment for a special group of young men."

Cheyenne Mountain held off runner-up Mullen to win the 4A team title at the Country Club of Colorado in Colorado Springs. The Indians finished five strokes ahead of the Mustangs (459) for just their second championship in program history (2004).

Montrose senior Jordan Jennings was the 4A individual champion after firing off a 3-under par 68 in Tuesday's finale. Montrose, which was seeking its fourth-straight team title, finished third overall.

Aspen's Nic Pevny was the 3A individual champion, finishing 2-under par.

>>Watch the extended video above and see more highlights from all three classifications on the Saturday morning Prep Rally!